A Family Builds a Home Together

The monthly Creole days of worship at St. John the Evangelist Church in White Plains, New York, feel like a family reunion. The day starts with Haitian bread and hot chocolate, followed later by a delicious meal. Worshippers — some arriving from as far away as Georgia and Florida — greet each other warmly. Everyone sings along with the lively music. Gina Duvalsaint, who is part of this ministry, attributes the “strong sense of community” to Maryknoll Father Romane St. Vil.

“He teaches us to become a family,” she says.

Finding a welcoming community is especially important for people in diaspora. During the past decades, over 700,000 Haitians have arrived to the United States — Father St. Vil among them.

Born in the port city of Jérémie, he grew up spending the school year with his mother in Haiti and summers with his father in the States. Moving to New Jersey as a teenager, he became involved at St. Michael’s parish in the city of Elizabeth.

Feeling called to the priesthood, young St. Vil found himself drawn to Maryknoll’s charism of accompanying the poor “to discover the presence of God in their lives, cultures and tradition.” He completed his Overseas Training Program in Tanzania and was ordained in 2003. Father St. Vil, who is now 55, served in Cambodia before returning to the States to work in mission education and promotion.

Since then, word has spread among the U.S. Haitian communities about Father St. Vil.

“What gave me an edge was my charismatic ministry,” Father St. Vil says. Local communities work with their parish priest to extend a formal invitation to visit. “Pastors have been very welcoming,” he says. 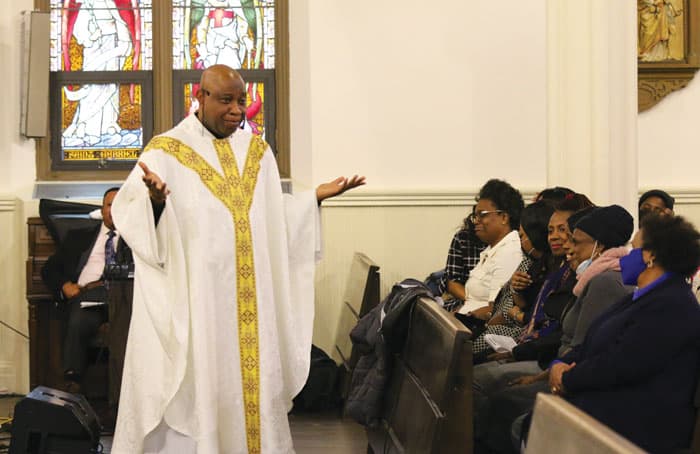 About two-thirds of Haitians in the States reside in New York and Florida. Father St. Vil maintains regular contact with at least 30 communities in the dioceses of Rockville Center and Brooklyn (which includes Queens) and the Archdiocese of New York and visits dioceses in Florida often. His ministry has also taken him to New Jersey, Connecticut, Massachusetts, Rhode Island, Virginia, Georgia, Maryland, Texas and California. “I’ve built a strong foundation,” he says.

These days, his network frequently brings him in contact with recently-arrived Haitians.

“Father Romane is a connecting point for the communities,” says Maiaklovsky Preval, a community member and attorney practicing immigration law in White Plains. “People turn to him.”

Last September, tens of thousands of Haitians converged at the U.S./Mexico border, with approximately 14,000 camping out at the small border city of Del Rio, Texas, alone. Many had emigrated after the 2010 earthquake and first attempted to settle in places such as Chile, Brazil and Mexico. According to the Migration Policy Institute, as conditions in these countries became increasingly hostile, they turned to the U.S.

Father St. Vil says he received phone calls from family members of migrants at Del Rio. A fortunate few were allowed entry. He recounts, “Right away people called me and said, ‘Now what do we do?’ ”

“He took care of them,” Preval says. “He started calling around, ‘they need food, they need clothes, they need legal services.’ ”

The exodus from Haiti — the Western Hemisphere’s poorest country — is ongoing. “The latest wave is leaving because of kidnappings and political instability,” Preval says. In July 2021, Haitian President Jovenel Moïse was assassinated. Then in August, a 7.2 magnitude earthquake struck, followed days later by Tropical Storm Grace. 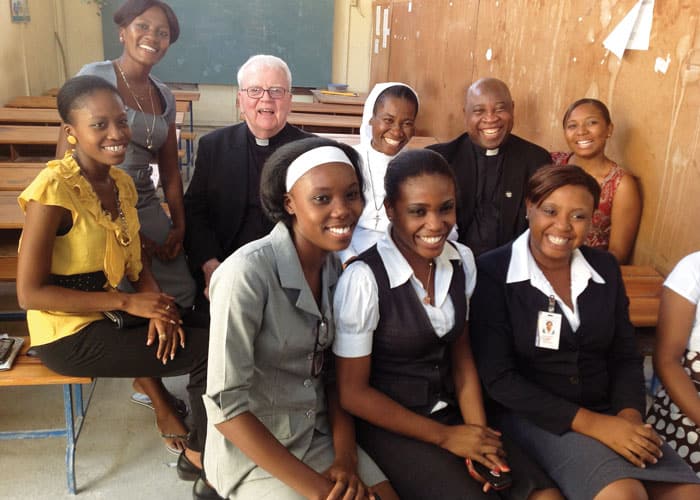 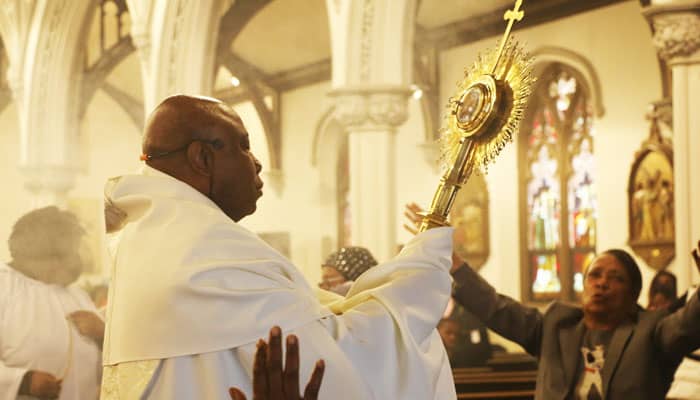 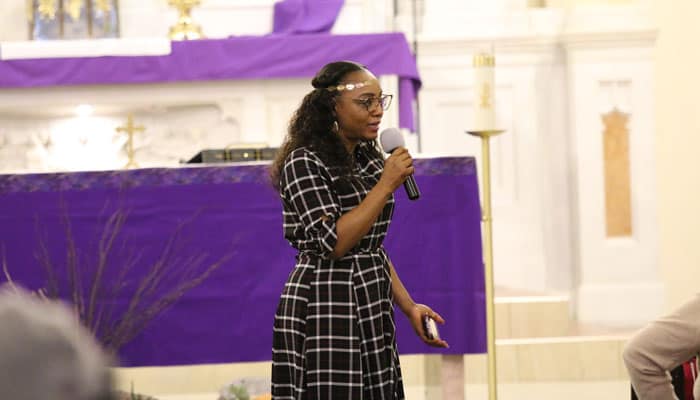 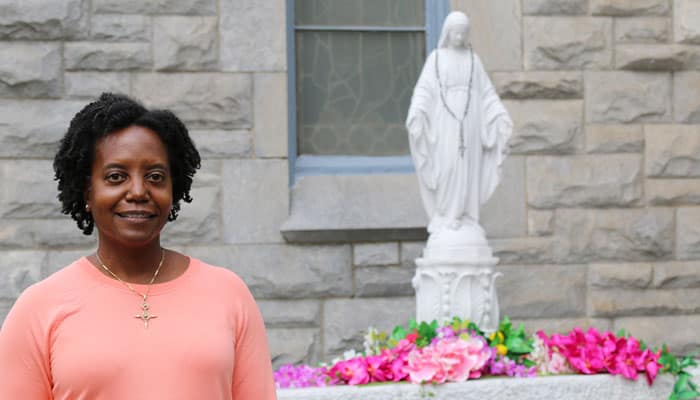 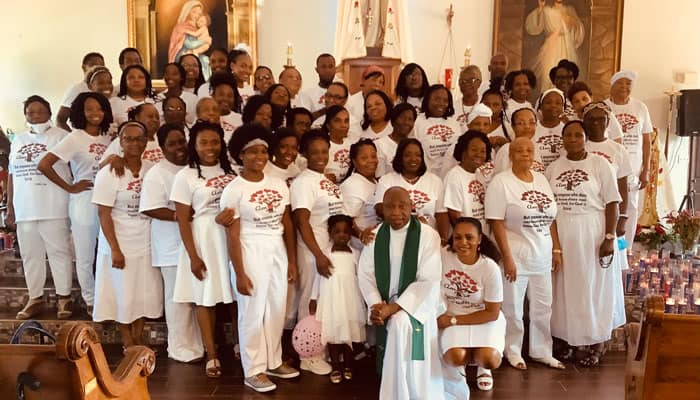 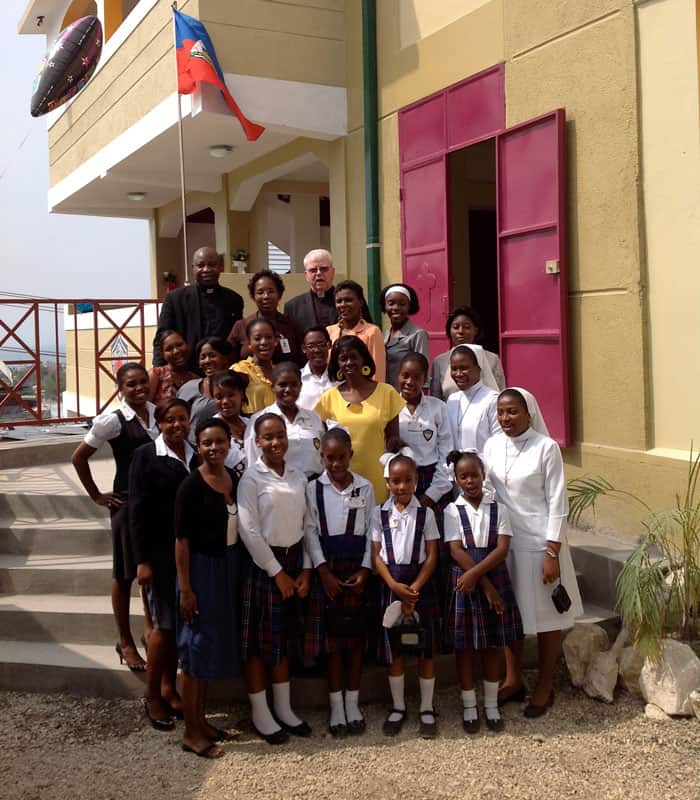 Father St. Vil, who often serves as an interpreter, finds hosts for those who need a place to stay and donors to pay fees for Temporary Protective Status, a program granting short-term protection from deportation. Preval offers pro bono hours, saying, “Father Romane brings out the community’s desire and ability to help each other.”

Father St. Vil explains that an essential part of mission is inviting others to join in the work. “It’s a round table. … And we are at it all together,” he says.

However, it is the priest’s sacramental ministry that convenes the people. His mission — going out to minister to Haitians in diaspora — also draws the flock to him. He says his goal in pastoral care is “leading them to trust in the Lord” in the midst of suffering.

Father St. Vil celebrates the Eucharist with a dynamic choir and effusive music. When he gives the homily, listeners alternately laugh and fall silent as his words sink in. During Adoration of the Blessed Sacrament, many weep openly.

Every weekend, Fredline Chenet drives three hours from Upper Darby, Pennsylvania, to White Plains for Father St. Vil’s Creole Mass at Our Lady of Mount Carmel and the monthly days of worship at St. John the Evangelist.

Chenet, who left Haiti in 1992, says at first it was not easy to find a spiritual home in the U.S. Church. A turning point came when she met Father St. Vil. “I knew about God because I went to Catholic schools my whole life, but I didn’t have a relationship with God,” she says. “God uses Father Romane to help people find God.” 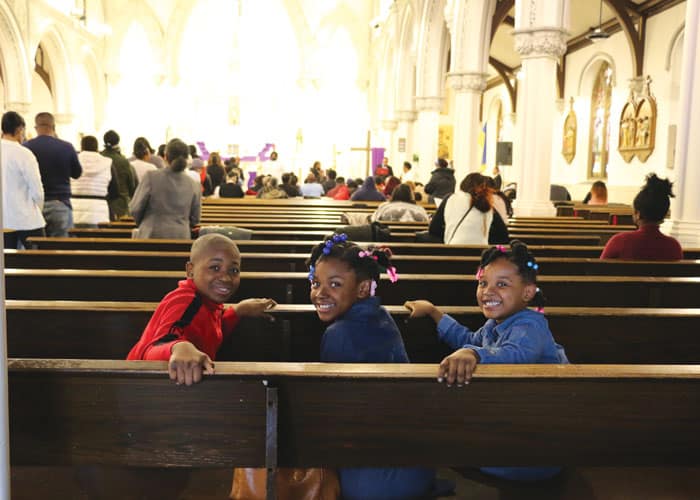 Anderson, Anchina and Briana Brice smile from the church pew as their parents, Andre and Ilna D. Brice, go up to receive Communion. (Diane Mastrogiulio/U.S.)

She now works closely with Father St. Vil in what he calls “the core community.” In addition to the monthly gatherings, they offer weekend retreats four times a year for up to 150 people at Rosa Mystica House of Prayer in Edmeston, New York and a Creole/English prayer line on weekday evenings that can host up to 200 callers. People dial in from all over the United States and from Canada, France and Haiti.

“To them it’s food for the soul,” Chenet says.

“During the height of COVID we offered the prayer line three times a day,” Father St. Vil recalls.

Duvalsaint takes part in the prayer line, retreats and monthly gatherings. Born of Haitian parents, she grew up attending Mass, but shares that she did not always feel a sense of belonging in the Church.

Her life changed drastically three years ago when she was diagnosed with a chronic debilitating condition. “Before, I was senior director of planning for a major retailer,” Duvalsaint says. Unable to work, she looked for spiritual guidance to help her navigate this new, unexpected reality. She sought out the “interaction, singing and musicality” of the Haitian Mass.

“The minute I heard Father Romane’s preaching it struck home,” she says.

Now, Duvalsaint provides supplies, serves food, makes phone calls and arranges practical details. “I’m the all-hands-on-deck person,” she laughs. “That’s what I needed in my life: the growth of feeling needed,” she says.

“It’s full circle,” she adds. “That’s how Father Romane builds the home. That’s how it becomes a home for many of us.”

“We call ourselves a family,” Father St. Vil agrees. “And that’s how we behave. Not just by name, that’s what we do.”