The Root of War Is Fear

In his new book The Root of War Is Fear: Thomas Merton’s Advice to Peacemakers author and peacemaker Jim Forest draws on his close personal friendship with the famous Trappist monk in the 1960s, to explore Merton’s  lifelong commitment to peace.

Thomas Merton, a man of prayer, a thinker and promoter of peace. (J.H. Griffin)

In the conclusion, excerpted below, he invokes Pope Francis’ reference to Merton as one of the “four great Americans” he singled out in his 2015 speech before the U.S. Congress.

In his speech before the U.S. Congress, Pope Francis described Thomas Merton as “above all a man of prayer, a thinker who challenged the certitudes of his time and opened new horizons for souls and for the Church. He was also a man of dialogue, a promoter of peace between peoples and religions.” Merton was notable, the pope added, for “his openness to God.”

Perhaps it was Merton’s openness to God which was the driving force behind his qualities as a man of prayer, as a thinker, as someone opening new horizons, as a man of dialogue, as a promoter of peace, and — to make one addition to Francis’ list — a monk challenging the rule of fear.

Few sentences have helped me so much and so often as the six words from Merton which serve as the title of this book: “The root of war is fear.” In fact, fear is the root cause not only of war but of innumerable damaging structures, bad choices and calamitous actions. One could say, “The root of sin is fear.” 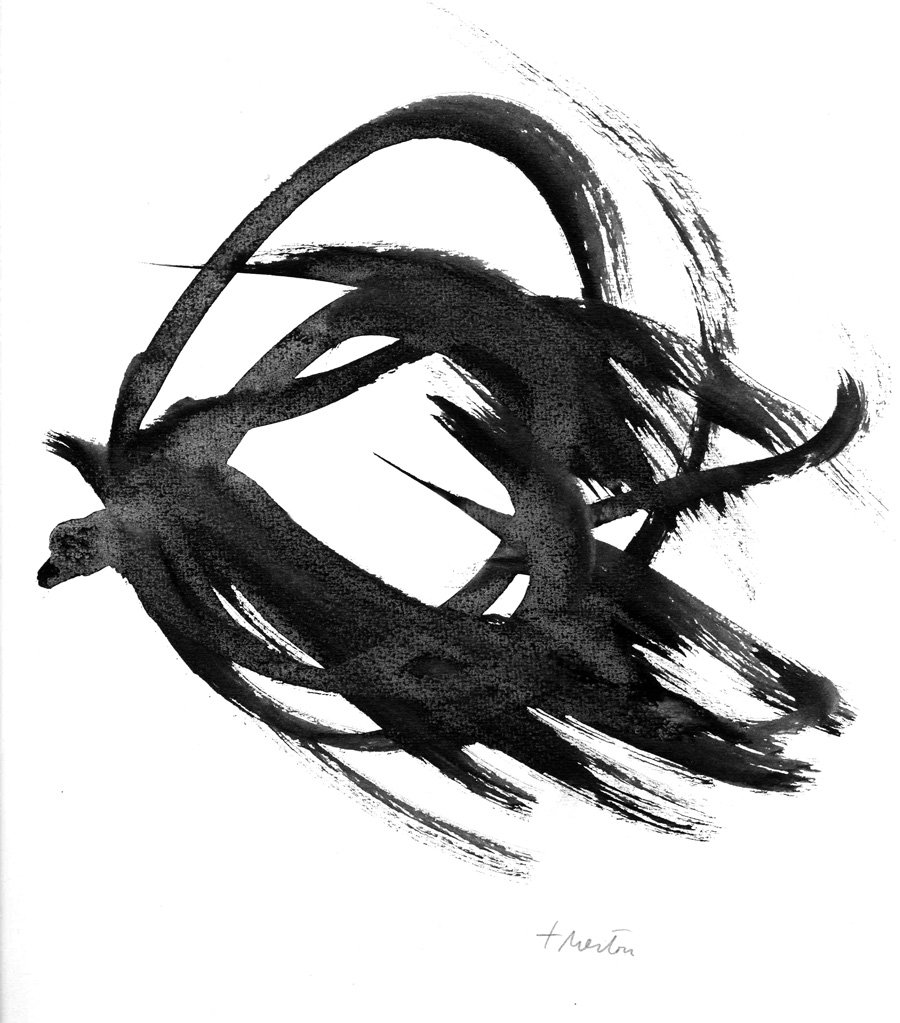 Drawing by Thomas Merton. Used with permission of the Merton Legacy Trust and the Thomas Merton Center at Bellarmine University.

Fear is a powerful emotion that has the potential of taking over our lives even when there is no rational threat. Of course, there are countless sensible reasons for being fearful: the threat of crime, attack, war, illness, injury, job loss, destitution, homelessness… The list is as long as you care to make it. Such anxieties deserve sober attentiveness without becoming the mainspring of our lives. Fear is useful only when it serves as an alarm clock, a device that wakes us up by briefly ringing but which would drive us crazy if it rang all the time. 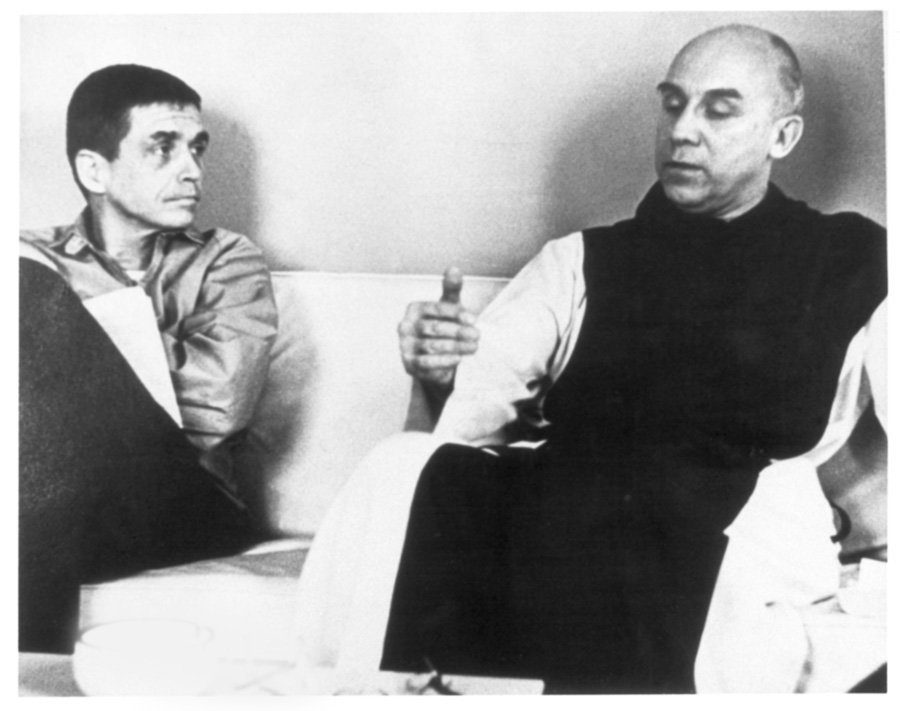 Many fears are manufactured or hugely inflated by those who find the creation of a climate of dread useful and profitable: fear of refugees, fear of Muslims, fear of terrorists, fear of minorities, fear of the poor, fear of criminals, fear of the police, even fear of our neighbors. Each day we hear reports of tragedies caused by fear and each day the news gives us a new set of reasons to be afraid. America’s craze for guns, even to possess weapons designed for battlefield use, is fear-driven. In fact, weapons used in war are often fired, with irreversible consequences, because of panic. We now find ourselves in a state of fear-driven permanent war.

What is the antidote for fear? Are there any remedies? How at least can fear play a smaller role in the choices we make? The development of a stronger, deeper spiritual life is surely at the core of an answer. If fear is not to have a dominant role in our lives, a great deal of inner strength is needed. Without it, the voice of conscience — and the courage to follow it — will be suppressed.

Behind the popularity of Merton’s writing is that he is a door-opener and guide to a more contemplative spiritual life. He equips his readers with courage.  . . . Yes, the world is scary, but also beautiful, magnificent, mysterious, still undiscovered. How long we live is not as important an issue as how we live.

At the heart of Merton’s writing is the message that fear need not rule our lives.

Jim Forest, a co-founder of the Catholic Peace Fellowship in the 1960s, is the author of many Orbis books, including Living with Wisdom: A Life of Thomas Merton, All is Grace: A Biography of Dorothy Day, and Loving Our Enemies: Reflections on the Hardest Commandment. He lives in Alkmaar, the Netherlands.