U.S. State Department removes Nigeria from watch list in spite of abuses against religious freedom and persecution of Christians.

After the U.S. State Department released its list of countries with the most egregious religious freedom violations this week, human rights advocates expressed shock that Nigeria was removed from this year’s list.

The U.S. Commission on International Religious Freedom (USCIRF) released a statement on Nov. 17 saying that it was “appalled” at the State Department’s “unexplainable” decision to treat Nigeria as a country with no severe religious freedom violations.

Kidnappers in Nigeria targeted Christians for abduction and execution, at least 11 churches were attacked in the country’s Middle Belt, and the local chairman of the Christian Association of Nigeria in Adamawa State was beheaded by Boko Haram fighters in 2020, according to the report.

Earlier this month, Archbishop Ignatius Kaigama of Abuja called on Nigeria’s Catholics to pray the rosary for an end to “the irrational killings and attacks resulting in internally displaced people.”

David Curry, the CEO of Open Doors USA, said that his organization had documented thousands of killings of Nigerian Christians in the past decade.

“In no other country on earth do we see such a sustained level of outright violence directed towards a Christian community, and the situation has only deteriorated over the past 12 months. The Nigerian government has stubbornly refused to address this violence,” Curry said.

Last year, the then Secretary of State Mike Pompeo designated Nigeria as a “Country of Particular Concern” for having engaged in or tolerated “systematic, ongoing, and egregious violations of religious freedom.”

U.S. Secretary of State Antony Blinken, who is making a Nov. 18-19 visit to Nigeria to meet with President Muhammadu Buhari, has yet to give a public explanation as to why the State Department removed Nigeria from this designation this year.

“Each year the Secretary of State has the responsibility to identify governments and non-state actors, who, because of their religious freedom violations, merit designation under the International Religious Freedom Act,” Blinken said in a statement on Nov. 17. 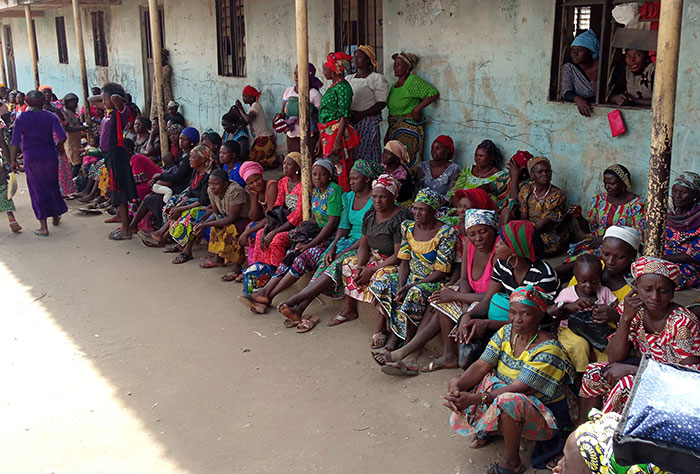 Internally displaced women sit outside a shelter for families who escaped violence between herders and farming communities near Jos, Nigeria, Nov. 19, 2018. Catholic leaders are frustrated with Nigeria’s years-long conflict among traditional herders and Christian farmers that has claimed lives and displaced people. (CNS photo/Inusa Joshua, Reuters)

“In far too many places around the world, we continue to see governments harass, arrest, threaten, jail, and kill individuals simply for seeking to live their lives in accordance with their beliefs,” he said.

Russia was a new addition to this list in 2021 after religious freedom conditions in the country deteriorated in 2020.

The USCIRF has highlighted Russia’s detention of Jehovah’s Witnesses, large number of criminal blasphemy cases, and enforcement of repressive laws and policies on religion in Russian-occupied Crimea.

“The challenges to religious freedom in the world today are structural, systemic, and deeply entrenched. They exist in every country,” Blinken said.

“They demand sustained global commitment from all who are unwilling to accept hatred, intolerance, and persecution as the status quo. They require the international community’s urgent attention.”

“Just when we should be doing everything possible to stop the relentless violence that’s targeting Christians and others, we do the opposite,” Brownback, Senior Fellow at Open Doors USA, said.

“This rewards the Nigerian government for tolerating severe religious freedom violations and sends a message to extremists that their actions will continue to go unpunished. People of faith in Nigeria will bear the fallout of this decision, and that’s unacceptable.”