The program allows some migrant parents to petition to bring minor children from El Salvador, Guatemala and Honduras.

WASHINGTON (CNS) — The Biden administration in mid-September reinitiated and expanded an immigration program aimed at reuniting some immigrant parents in the U.S. with their minor children left behind in Central America.

The Department of State and the Department of Homeland Security announced Sept. 13 that the U.S. Refugee Admissions Program is accepting new applications as part of the Central American Minors program.

The program allows some migrant parents — and now expanded to include legal guardians — to petition to bring children from El Salvador, Guatemala and Honduras, even if some of the adults only have temporary permission or have cases pending that will later determine whether they can stay in the U.S.

Those who can petition include immigrants with lawful permanent residence, or “green card” holders, those with Temporary Protected Status, and others with a variety of cases pending in immigration court and filed before May 15, 2021, said a news release from the State Department.

“We are firmly committed to welcoming people to the United States with humanity and respect, and reuniting families. We are delivering on our promise to promote safe, orderly and humane migration from Central America through this expansion of legal pathways to seek humanitarian protection in the United States,” the statement said. 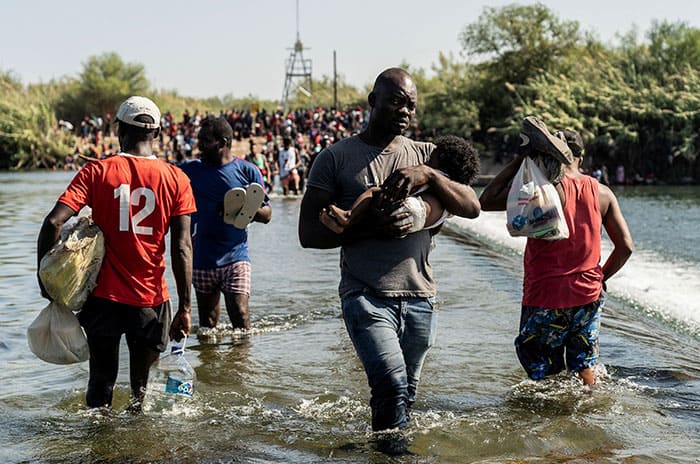 Migrants from Ciudad Acuna, Mexico, walk in the Rio Grande near the International Bridge between Mexico and the U.S. Sept. 18, 2021. (CNS photo/Go Nakamura, Reuters)

The announcement comes as undocumented minors from Central America continue to arrive at the U.S. border in increasing numbers. It seems to be part of a strategy aimed at discouraging Central Americans from sending children alone on a dangerous trek to the border, and instead filing paperwork for refuge or asylum for them from their home countries.

Days after the announcement, U.S. Customs and Border Protection agents reported on and released a photo of a 2-year-old girl and a baby in a car seat who had been abandoned among grasses in a riverbank near Eagle Pass, Texas.

Robert Garcia, CBP chief patrol agent for the Del Rio sector in Texas, tweeted on Sept. 14 a photo of the two children, siblings from Honduras, who seemed to be hidden among tall foliage and an agent stepping in to extract them.

“The attention to detail our agents demonstrate while preforming their duties can be the difference between life and death,” Garcia tweeted. “It is heartbreaking and frustrating to know that there are children being abandoned without remorse or concern for their lives and well-being.”

In 2017, then-President Donald Trump ended the program to petition for minors, known as CAM, which started in 2014 by then-President Barack Obama to respond to a different surge of minors at the border. Since then, however, the numbers have increased. 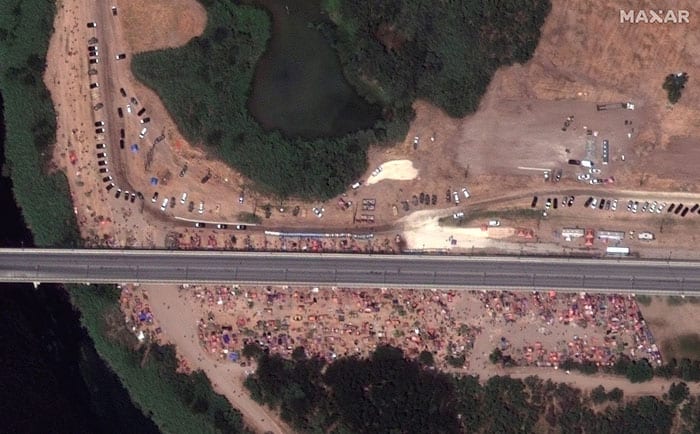 A satellite image shows migrants by the International Bridge on the Mexico-U.S. border near Del Rio, Texas, Sept. 18, 2021. (CNS photo/Satellite image Maxar Technologies, Handout via Reuters) EDITORS: NO ARCHIVES. MUST DISCARD 30 DAYS AFTER DOWNLOAD. DO NOT OBSCURE LOGO.

Statistics from CBP showed that over 76,000 minors entered the U.S. during fiscal year 2019, the year a record was set. But fiscal year 2020, which ends Sept. 30, will surpass that; by July 6, the latest figures available from CBP, show that entries of unaccompanied minors for fiscal year 2020 had surpassed 93,500.

The administration has been hit hard from all political sides, including its base, criticizing the crowded conditions and the continuing detention of children under immigration custody.

During an Aug. 12 visit to Brownsville, Texas, DHS Secretary Alejandro Mayorkas addressed some of the criticism and said conditions were improving and the administration was working to implement “orderly pathways for migrants to apply for relief under our laws, without having to take the perilous journey north.”

CBP agents has been reporting increasing incidents of smugglers abandoning minors at the border, including an Aug. 26 incident involving 20 children found walking alone near a levee. The agency also has documented smugglers throwing children over the wall from the Mexico side to the U.S.

“Transnational criminal organizations continue to exploit the most vulnerable population — children from foreign countries,” said CBP El Paso Sector Chief Gloria Chavez said in a statement. “They are responsible for placing the lives of thousands of unaccompanied children at risk by manipulating their parents and later abandoning their children at the border.” 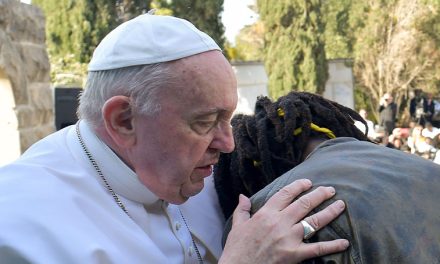 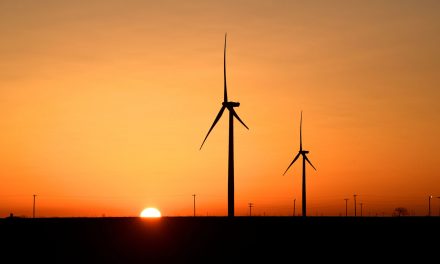 Momentum for Laudato Si’ Gears Up for Next Decade 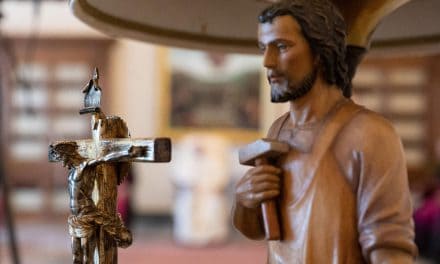 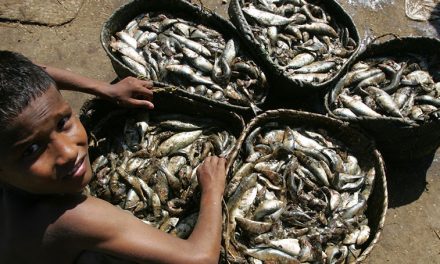