Figures from fiscal year 2020 already have surpassed the total of unaccompanied minors who entered the U.S. during fiscal year 2019.

With a surge in the first few months of 2021 of minors entering the United States without a parent or guardian, figures from fiscal year 2020 already have surpassed the total of unaccompanied minors who made border entries during the previous fiscal year.

Statistics from U.S. Customs and Border Protection show that over 76,000 minors entered the U.S. during fiscal year 2019, which for the government runs from Oct. 1 to Sept. 1.

By July 6 of this year, the latest figures available from CBP show that entries for fiscal year 2020 already have surpassed that number, with the agency logging over 93,500 unaccompanied minors and with a little less than three months left to go in the fiscal year.

In a July 23 opinion article for United Press International, Randi Mandelbaum, a distinguished clinical professor of law at Rutgers University, said that while the U.S. is legally obligated to care for the minors until they reach adulthood, defined as age 18, “the government often struggles to do so, especially when the immigration system is overwhelmed by high numbers of children.” 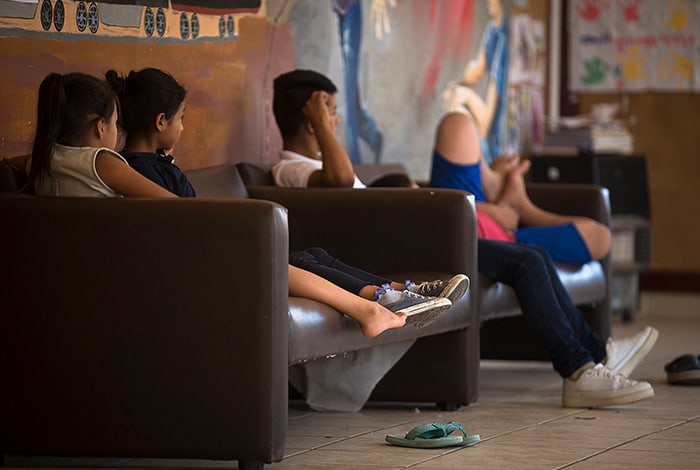 Unaccompanied children detained by CPB are supposed to be transferred to the federal Office of Refugee Resettlement within 72 hours of being detained and sent to facilities such as a shelter or a detention center, where many wait until they are reunited with family living in the U.S. or go to foster homes. But with little bed space available because of the surge, the government has set up tent cities at military bases, such as one at Fort Bliss, Texas.

It was a practice widely criticized during the Trump administration but has continued under the presidency of Joe Biden.

Migrant advocates have raised concerns about some of the large-scale facilities and whether they are appropriate in caring for the needs of the minors.

Many Catholic nonprofits throughout the United States, via organizations such as Catholic Charities and the U.S. Conference of Bishops’ Migration and Refugee Services have been part of a network of faith groups active in caring for the minors in smaller, familylike settings and helping them until they eventually reach family.

But the ins and outs of caring for minors who are migrants and providing services they need, from legal to educational, are complex even as they leave the hands of the government.

“Once a child goes to live with a relative, the Office of Refugee Resettlement provides little, if any, oversight or assistance. Nor do they offer much support in such matters as enrolling the child in school, getting medical care or hiring an immigration attorney,” wrote Mandelbaum. “That burden falls on families and the states, cities or towns where the children land.” 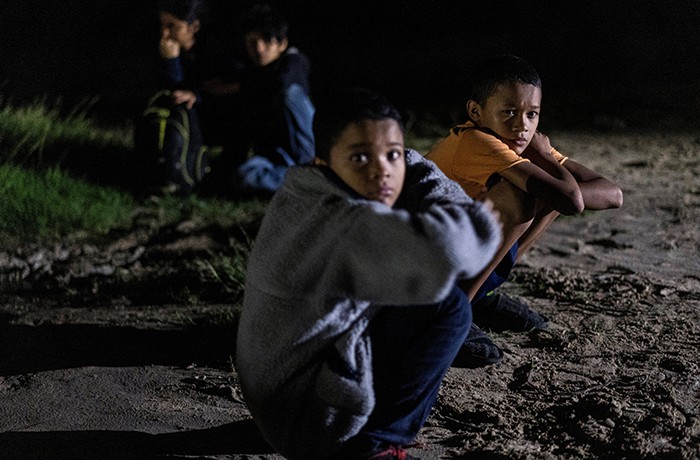 Unaccompanied minors who are migrants from Honduras sit on the riverbank in Roma, Texas, after crossing the Rio Grande July 9, 2021. (CNS photo/Go Nakamura, Reuters)

Some localities, however, have shown reluctance in accepting the minors in their midst.

South Carolina Gov. Henry McMaster issued an executive order in April to prevent foster care facilities and group care homes for immigrant children sent to South Carolina. He said that doing so would result in the “ultimate displacement of South Carolina’s most vulnerable children in an already-strained system.”

McMaster said that “allowing the federal government to place an unlimited number of unaccompanied migrant children into our state’s child welfare system for an unspecified length of time is an unacceptable proposition. We’ve been down this road with the federal government before and the state usually ends up ‘on the hook.'”

In early June, Republican Gov. Greg Abbott, ordered child care regulators in Texas to take away licenses from facilities that provide shelter and other services to migrant children who crossed the U.S.-Mexico border illegally. Some facilities, such as Catholic Charities, have federal contracts with the Office of Refugee Resettlement to help care for them.

Two Catholic bishops in his state recently asked the governor to halt the order, which could result in shutting down, by the end of August, Catholic Charities facilities in Texas that care for these minors.

Whether the government or the system set up to care for them works, Mandelbaum said in the opinion piece, “the children are coming, whether the federal government and states are ready.”