Christianity grows in countries in Africa with the greatest persecution and least government support.

Christianity is on the rise in African countries despite the harsh religious environment on the continent that is characterized by persecution of Christians and lack of government support of churches, a new study has revealed.

The study, which was carried out in 166 countries globally to examine the correlation between the growth of Christianity and the support given to it by the respective governments, has placed 10 African countries on top of the list of countries where there has been immense growth.

Those countries are Tanzania, Malawi, Zambia, Uganda, Rwanda, Madagascar, Liberia, Kenya, DR Congo and Angola.  In these countries, only Kenya, Tanzania and Zambia enjoy some form of state support, while the rest have been left to their devices.

Dubbed “Paradoxes of Pluralism, Privilege, and Persecution: Explaining Christian Growth and Decline Worldwide,” the study by Nilay Saiya and Stuti Manchanda was published last month in the Sociology of Religion, an academic journal.

Further, no African country falls on the list of countries where the greatest decline of Christianity has been recorded.

Countries experiencing the fastest declining Christian populations amid strong support of Christianity by the state include the Czech Republic, Bulgaria, Latvia, Estonia, Albania, Moldova and Serbia.

Other countries where Christianity is on the decline include Germany, Lithuania and Hungary, according to the Sociology of Religion journal report.

In their study, Saiya and Manchanda argue that Christians living their faith in difficult environments are forced to compete with others for survival.

“In these (harsh) environments, Christians do not have the luxury of becoming complacent,” the researchers say, and add, “On one hand, pluralism means that Christianity must actively compete with other faith traditions in order to gain and maintain adherents. On the other hand, persecution can, paradoxically, sometimes strengthen Christianity by deepening attachments to faith and reinforcing solidarity among Christians.” 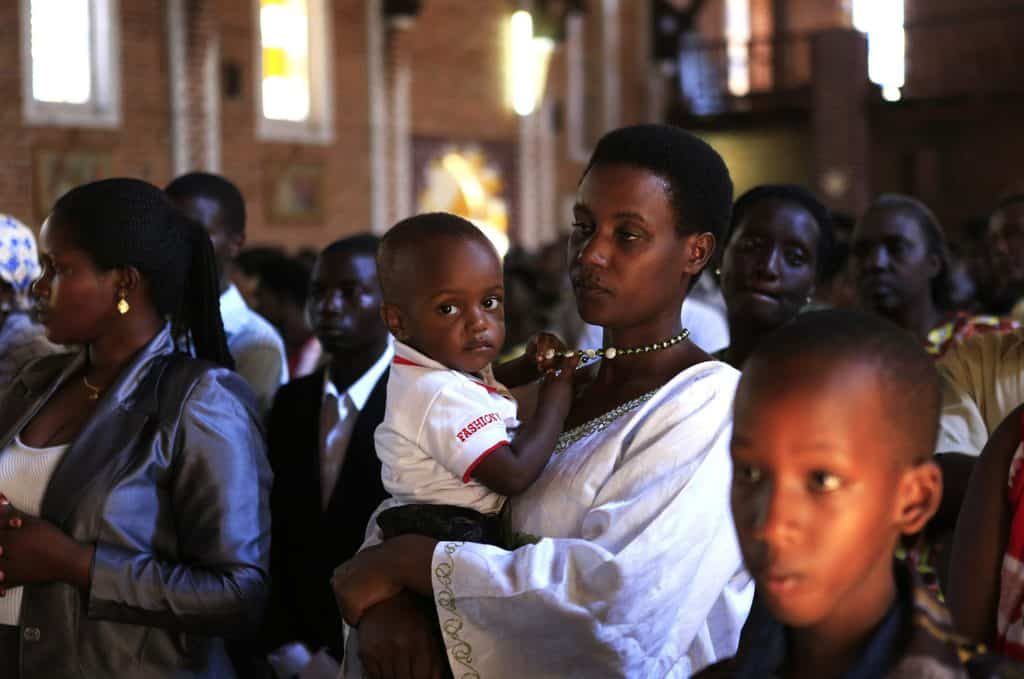 A family attends Mass in 2014 at a Catholic church in Kigali, Rwanda. The Rwandan bishops’ conference urged steps be taken to ensure religious freedom after the government closed thousands of churches.(CNS photo/Noor Khamis, Reuters)

Making reference to the study in an essay published by the Evangelical magazine Christianity Today, Saiya posits, “The biggest threat to Christian vitality is not persecution, affluence, education, or pluralism. It’s state support.”

In the May 6 publication, Saiya says that the study seeks to challenge the belief that science, technology and education result in the decline of Christianity.

Other scholars, he says in the article, have suggested the cause of religious decline is the accumulation of wealth.

“Increasing prosperity, it is believed, frees people from having to look to a higher power to provide for their daily needs. In other words, there is a direct link between affluence and atheism,” the scholar says, and adds, “My coauthor and I challenge the perceived wisdom that education and affluence spell Christianity’s demise.”

In their analysis of a global sample from 2010 to 2020, the two scholars find that the biggest deterrent to Christian vitality is the extent to which governments give official support to Christianity through their laws and policies.

The two researchers assert, “As governmental support for Christianity increases, the number of Christians declines significantly.”

The scholars found that seven of the 10 countries with the fastest-growing Christian populations offer low or no official support for Christianity.

“Paradoxically, Christianity does best when it has to fend for itself,” Saiya says.

He adds, in reference to the growth of Christianity in Africa, “Today, there are nearly 700 million Christians in Africa, making it the world’s most Christian continent in terms of population. Indeed, the 10 countries noted above with the fastest-growing Christian populations in the world from 2010 to 2020 are all located in sub-Saharan Africa.” 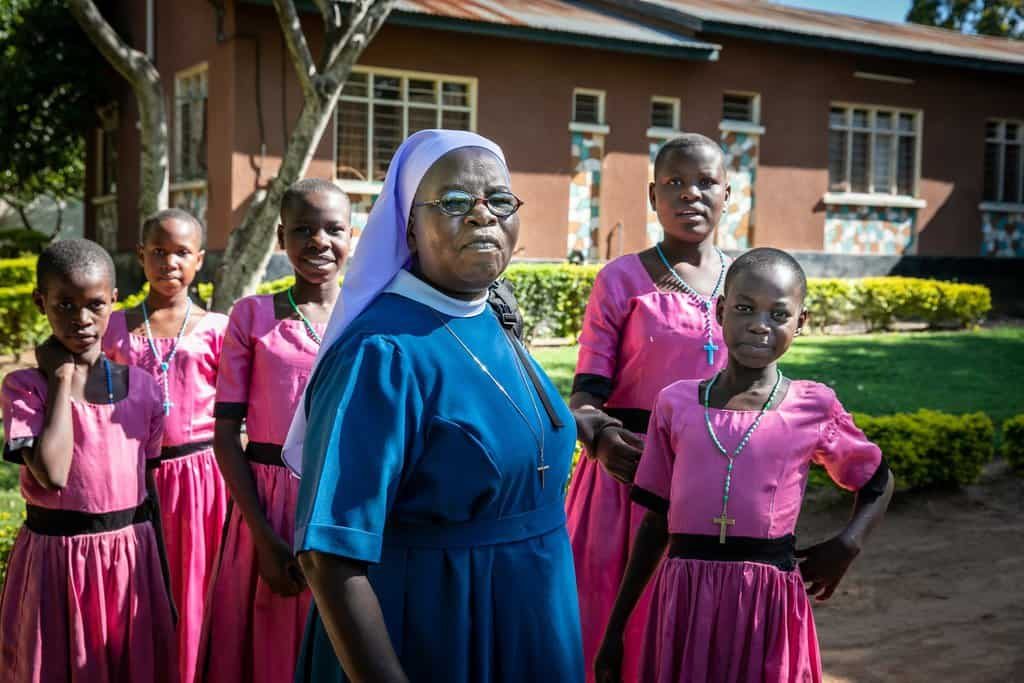 Christianity has made inroads into Africa not because it enjoys a privileged position with the state, but because it has to compete with other faith traditions on an even playing field, the researcher says.

He further says that of the countries where Christianity has seen remarkable growth, only one, Tanzania, has a level of official support for the religion that is at the global average.

The study found that in the rest of the cases, including Kenya and Zambia, support for Christianity was below the global average.

The scholars found that nine of the 10 countries with the fastest-declining Christian populations in the world offer moderate to high levels of official support for Christianity.

They concluded that such privilege includes funding from the state for religious purposes, special access to state institutions, and exemptions from regulations imposed on minority religious groups.

This support, however, does not end up helping the church, according to the data gathered by the scholars.

In his article to explain the findings, Saiya says that state-supported churches often become bereft of the spiritual substance that people who practice the faith find valuable, leading laypeople to leave.

This has been observed in the Catholic Church in countries where Christianity enjoys state privilege.

Saiya says that a similar trend has been experienced in Catholic-majority countries. 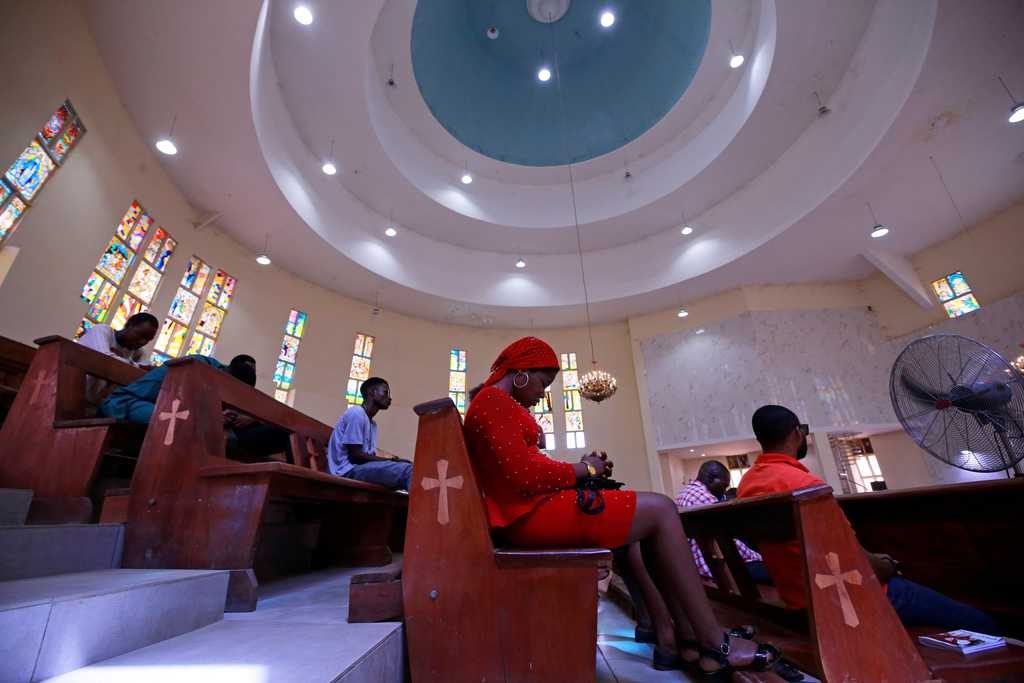 Worshippers pray during a March 22, 2020, Mass at St. Gabriel Catholic Church, in Abuja, Nigeria, as African governments struggle to control the spread of the coronavirus (COVID-19). (CNS photo/Afolabi Sotunde, Reuters)

He explains that for much of the 20th century, countries such as Portugal, Spain, Belgium and Italy offered strong support to the Roman Catholic Church and actively discriminated against non-Catholics in the areas of family law, religious broadcasting, tax policy and education.

“While Catholic privilege in these countries has weakened in many parts of Europe, the religious playing field remains unbalanced in important ways, especially with respect to the barriers to entry for new religious movements,” the researcher says.

The study also found that contexts of anti-Christian discrimination do not generally have the effect of weakening Christianity.

He says that in persecution, believers turn to their faith as a source of strength, and that it is such devotion that attracts those outside their faith.

In their study, the two scholars urge institutions of faith to shun the temptation of privilege and not to see religious competition as threatening and something to be shut out.

“Our research suggests the best way for Christian communities to recover their Gospel witness is to reject the quest for political privilege as inconsistent with the teachings of Jesus,” Saiya says. “In doing so, they (Christians) would show that they take seriously Christ’s promise that no force will be able to prevail against his church.”

The religious scholar says that rejecting privilege will make believers more reliant on the Holy Spirit to open hearts to the Gospel message.

Featured image: Worshippers pray during a Mass at the Cathedral Basilica of the Holy Family in Nairobi, Kenya, March 22, 2020, amid concerns about the spread of the coronavirus disease. (CNS photo/Thomas Mukoya, Reuters)