MEXICO CITY (CNS) — The Nicaragua national assembly ordered the revocation of the legal status of five universities — including a Catholic university — along with several Catholic educational and charitable projects, marking the latest act of repression targeting supposed opponents of President Daniel Ortega.

Projects that would be forced to close in the Diocese of Estelí include an association of parochial schools, an agricultural institute, a Catholic cultural association, the diocesan justice and peace commission and the diocesan Caritas chapter. The Universidad Católica del Trópico Seco also lost its legal status.

The country’s Interior Ministry alleged in a report that the targeted universities and nonprofits thwarted attempts at oversight, failed to properly disclose financial details and did not identify their directors, according to the Nicaraguan newspaper La Prensa. Members of the Ortega-controlled assembly accused the nonprofits of improperly profiting from their legal status. 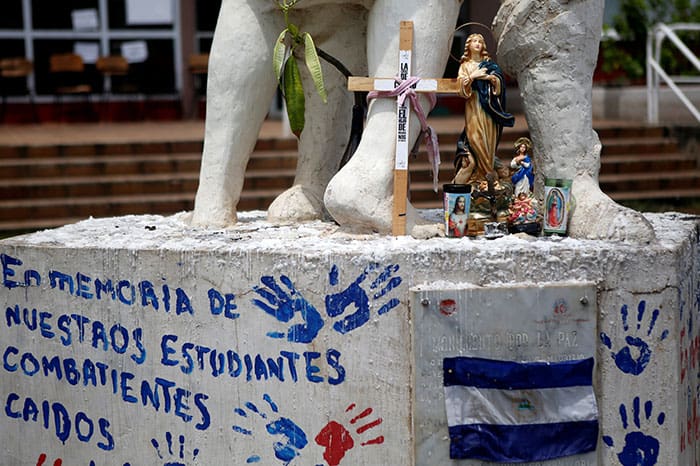 A monument to university students fallen in 2018 protests against Nicaraguan President Daniel Ortega’s government is seen at the Polytechnic University of Nicaragua in Managua. In early February 2022, the Nicaragua national assembly ordered the revocation of the legal status of five universities, including a Catholic university, along with several Catholic educational and charitable projects. (CNS photo/Oswaldo Rivas, Reuters)

Attempts to reach a diocesan spokesman in Estelí were unsuccessful. The Spanish news service EFE described the Diocese of Estelí as “one of the most critical of the Ortega government.”

“It’s all false and a pretext to repress,” Msgr. Avilés said. “They want to mess with the Diocese of Estelí.”

He added that Caritas chapters have had difficulties presenting paperwork to the Nicaraguan Interior Ministry. In a diocese like Estelí, he said, Caritas often delivers grains and food, which is received via in-kind donations, but the Interior Ministry wants church officials to put a value on the donations.

Nicaragua’s Catholic Church tried to promote dialogue as an exit to the political crisis in 2018 and allowed protesters to seek refuge in parishes. But the Ortega regime turned paramilitaries on protesters. It also is holding political prisoners, whose families have been harassed while holding prayer services in churches. 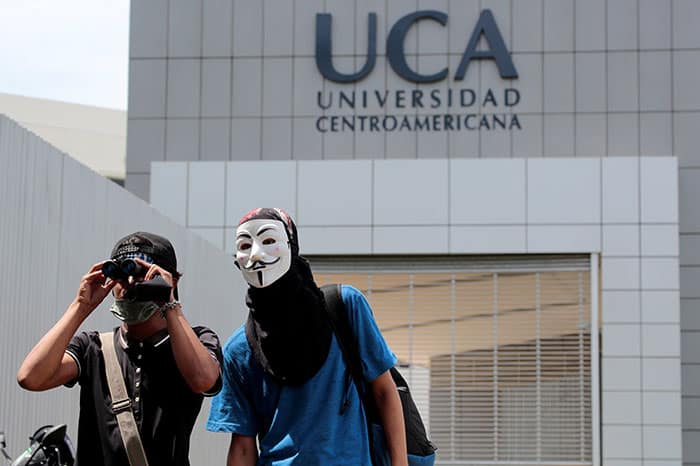 Ortega was reelected in November, but church leaders said the election was fraudulent.

“There is no institutionalism here,” Msgr. Avilés said. “There is no law, and nothing is independent.”

Auxiliary Bishop Silvio José Báez of Managua said in a tweet after the announcement of universities being canceled, “Neglecting quality education, impeding critical thinking and seizing universities are ways of concentrating irrational power, subjugating people and stealing their futures.”