MEXICO CITY (CNS) — An ecumenical coalition of religious representatives and laypeople has condemned the murder of an Indigenous leader in Honduras and called for a thorough investigation of the death.

The Churches and Mining Network said in a statement that Pablo Isabel Hernández, a leader of the indigenous Lenca people in western Honduras, was shot “in the back while he was on his way to church, where he as an active pastoral agent.”

Hernández was ambushed Jan. 9 as he traveled to a local church with family members in the municipality of San Marcos de Caiquín, a police spokesman told the Associated Press.

The Jan. 10 statement from the network, which focuses on the effect of mining on local communities and the environment, comes at a time when attacks on environmental and Indigenous leaders in Honduras often go unpunished.

Hernández worked as director of Terán Community Radio and in various environmental, education and human rights initiatives, according to the network. He also was a pastoral worker in his parish.

“We join our voices to the national and international people and institutions that condemn this murder because silencing the voices of those who defend human rights, the rights of Mother Nature, and those who inform society is an attack against democracy and the rights of communities,” the network’s statement, issued in English and Spanish, continued. 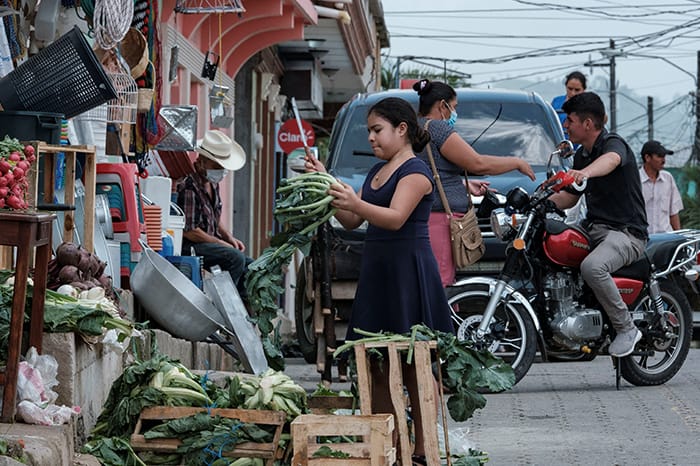 Hernández had spoken out against municipal officials and had received threats, which he made public. His radio station’s electrical equipment was sabotaged in February 2021.

Hernández was the second Lenca leader killed in less than a year. And in 2016, Berta Cáceres, perhaps the highest profile indigenous Lenca leader and environmental defender, was murdered in her home in western Honduras for organizing opposition against a hydroelectric project, provoking an international outcry. Eight individuals, including a former army intelligence officer, were convicted in the killing of Cáceres.

In November, Honduras overwhelmingly voted for Xiomara Castro in the presidential election in an expression of fatigue and frustration with outgoing President Juan Orlando Hernández, whose eight years in office were marked by impunity, corruption and accusations of close ties with narcotics traffickers.

“The Honduran population is fed up with the way the country has been governed, with the abuses of power and private interests, and because the country’s major issues have not been treated responsibly, such as in the case with the pandemic,” Jesuit Father Ismael Moreno Cota told Catholic News Service on the eve of the elections.

He described people wanting to “punish those who have governed the country in recent years,” rather than supporting a specific candidate.