ROME (CNS) — Talitha Kum, the global network of women religious who advocate for and help victims of human trafficking, has launched a campaign to rally forces “to create long-term, sustainable change to dismantle the systems that enable oppression and exploitation.”

“Today, we declare that caring is the most powerful force for change, and we unite with survivors to care against trafficking,” the organization said in a statement announcing the campaign on July 22.

Care, the sisters said, includes offering education and concrete assistance on several levels: to the poor who are at risk of trafficking, to people currently trapped after being trafficked for prostitution or forced labor and to survivors who have been rescued but need material and human support to heal and get back on their feet. 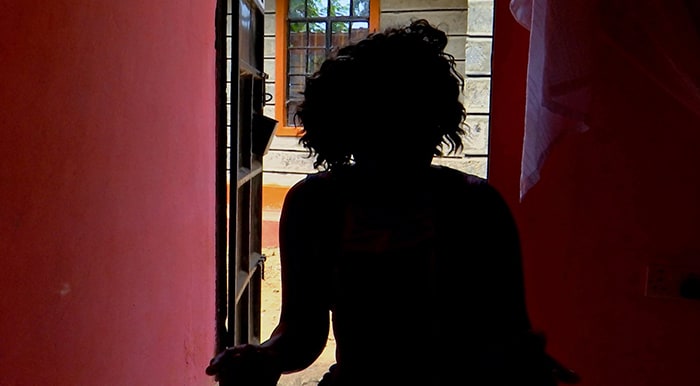 A suspected victim of human trafficking to India who returned to Kenya with the help of the International Organization for Migration is seen in Nairobi, Kenya, Aug. 4, 2020. In the preface to a new Italian book, Pope Francis encourages people to put themselves in the shoes of victims of human trafficking and understand the plight of many immigrants. (CNS photo/Jackson Njehia, Reuters)

“We ask our networks and partners to stand together and amplify our efforts to transform the economy of trafficking into an economy of care that empowers everyone, and especially women, to foster safe and thriving communities,” the sisters said.

“We call on all people of goodwill to come together and tackle the systemic causes of human trafficking,” they said, and “we call on governments to commit to long-term support for survivors, including quality education, work permits, access to justice and compensation, and medical and psychosocial assistance.”

The United Nations theme for the 2021 day against trafficking was “Victims’ Voices Lead the Way,” highlighting how survivors can provide the concrete information needed to understand how people are tricked by traffickers, the help they need to escape and the support they need to return to a normal life.

Launching its campaign, Talitha Kum shared some of the stories it had collected from survivors it has assisted in Pakistan, Mexico, Nigeria, Peru and Uganda.

A man from Pakistan wrote about being tricked into going to work at a brick kiln, thinking he would earn enough money to send his five children to school. But even with the whole family working there, and suffering burns from handling the hot bricks, they seldom took home enough money to put food on the table. When they tried to quit, the owner claimed he had lent the family money they must pay back.

“The parish priest and the sisters in the area regularly visited the kilns. We didn’t tell them about our situation because of the threats of the kiln’s owner,” he said. “But one day we got up the courage and shared our whole story with them. My wife and I burst into tears. That day we didn’t even have anything to eat.” 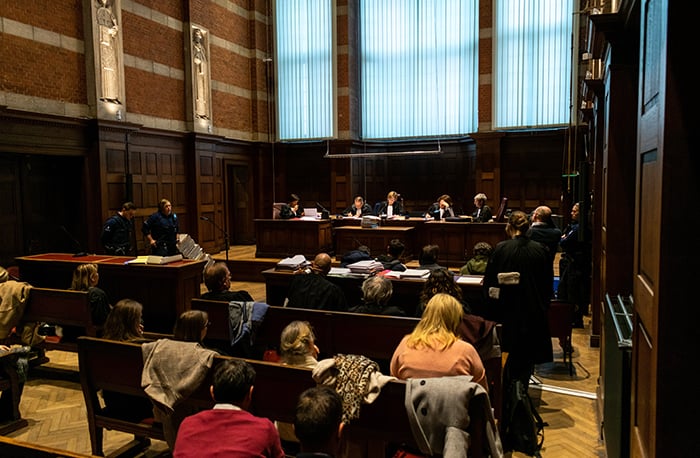 This is a general view of a session of the correctional court in Dendermonde, Belgium, March 3 2020, in the case of five men accused of owning, creating and distributing child pornography, child abuse and human trafficking. Catholic campaigners have demanded action to curb online pornography and child abuse in the European Union. (CNS photo/Charlotte Gekiere, Belga via Reuters)

“Immediately, the priest gave us food,” he said. He helped the man contact government authorities to nullify his supposed contract with the kiln owner, and the priest and sisters helped the man and his wife get jobs. The children now attend school and go to catechism classes, he said.

Jessie, from Uganda, was contacted by an agency offering good-paying work in the Middle East. “I thought I was being given a great opportunity, but instead I found myself the victim of what is called ‘domestic slavery,'” working in a household without decent pay and with her documents confiscated so she could not leave.

“The first time I tried to flee, I was raped by the taxi driver I had asked for help,” she said. “Desperation forced me to flee again and fortunately the other taxi driver took me to the embassy.”

A group of sisters from the Talitha Kum network picked her up, “took care of me, giving me food, clothes, dignity.”

And, once she decided she was ready to go home, they helped her get the documents she needed to travel.

Featured image: A man walks past a banner reading “Stop human trafficking” in 2018 in Valletta, Malta. Caritas Internationalis issued a statement July 28, 2020, that said insufficient attention “was paid on the collateral damage of the ongoing pandemic, especially on migrants and informal workers, who are now more exposed to trafficking and exploitation.” (CNS photo/Guglielmo Mangiapane, Reuters)