The kidnapping, forced conversion and forced marriage of girls from religious minorities has become an everyday matter in Pakistan.

Simran Masih, 15, was kidnapped while her parents attended a funeral in Faisalabad city in Pakistan’s Punjab province. Her 14-year-old cousin has also been missing since Aug. 11. They are members of the Salvation Army Church in Warburton city of Punjab.

“She was taking care of her brother, who has been affected by polio since birth. At 4 p.m., she went to a nearby shop to buy some food for her siblings when two Muslim sanitary workers dragged her into a rickshaw. Her cousin rushed outside after hearing her cries,” Iqbal Masih, her father, told UCA News.

“The culprits were armed,” Masih said. “One was our former neighbor. My wife, a diabetic, has fallen ill with depression. We want our daughter back.”

Local police arrested two relatives of the culprits, who are still at large in Warburton.

Catholic priests involved with the bishops’ National Commission for Justice and Peace cite forced conversion as the biggest challenge for the Pakistan Church.

According to the Centre for Legal Aid Assistance and Settlement (CLAAS) UK, Simran is the latest victim of forced marriage from a religious minority. The Christian charity, dedicated to helping persecuted Christians in Pakistan, has recorded over two dozen such cases this year. 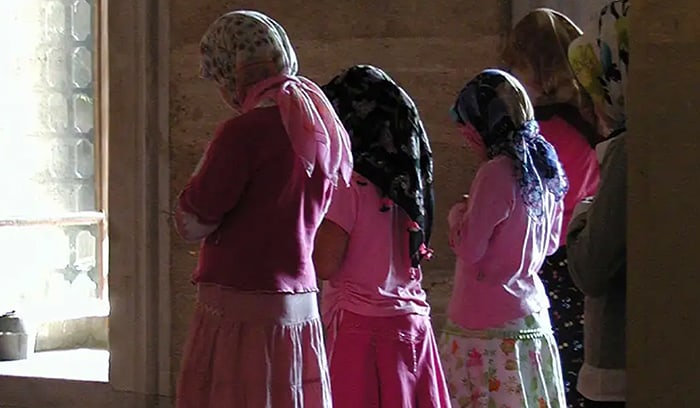 “The majority of cases are of Christian girls from Punjab. The kidnapping, forced conversion and forced marriage of teenage Christian and Hindu girls have become an everyday matter. Their parents are fearful of their future,” CLAAS UK director Nasir Saeed said in an Aug. 16 statement.

“It is frustrating as the government and law enforcement agencies — those with power — are aware of the situation but turn a blind eye. The Islam-influenced judiciary system has also become a safety net for pedophiles and rapists who take advantage of the Islamic faith’s inherent good deeds to justify their criminal minds.”

In February, the Parliamentary Committee to Protect Minorities from Forced Conversions recommended that only a mature person may be allowed to change their religion after appearing before the concerned additional session judge.

The draft Stymie Forced Religious Conversion Bill recommended that the application form needed to include particulars of the person willing to convert to another religion such as their name, age, gender, computerized national identity card number, details of parents, siblings, children and spouse, current religion and the reason for conversion.

The committee suggested that the additional sessions judge set a date for an interview within seven days of receipt of the application for conversion. An additional clause would empower the judge with an option to grant 90 days to the person to undertake a comparative study of the religions and return to the office of the judge.

However, last month the Ministry of Religious Affairs opposed a restriction on conversion before the age of 18.

“There are several examples in Islam of religious conversion before 18. If someone wished to change their religion before reaching the age of 18, it was their choice. Marriage before 18 is another discussion,” said Noorul Haq Qadri, minister for religious Affairs.

He added that the matter related to setting the minimum age limit for marriage had been sent to the Council of Islamic Ideology, which is constitutionally authorized to advise parliamentarians on the compatibility of laws with Islamic Sharia.

Christian activists in Pakistan focused on forced conversion on Aug. 11, National Minorities Day. The Lahore-based Centre for Social Justice screened a documentary called Humsaya (Neighbor) on the issue of forced conversion. The short film depicted factual stories of minor girls who had been abducted and forced to change their religion. It emphasized that crimes linked to forced conversions can be curbed if the people at large, the majority faith group, neighbors can empathize with victims. 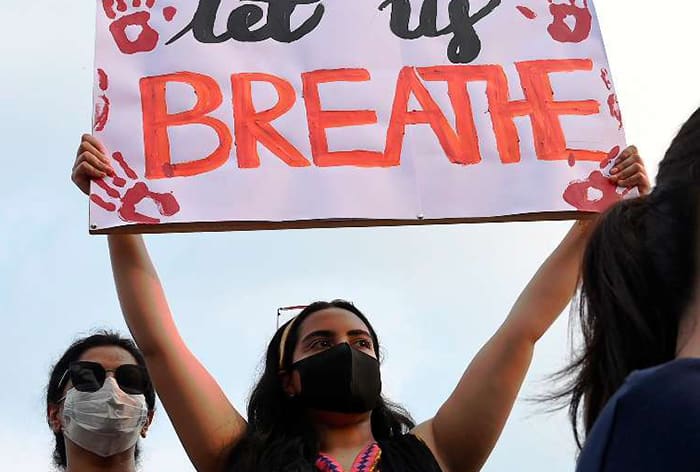 A women’s rights activist holds a placard during a demonstration on July 24, 2021, in Lahore, Pakistan, where kidnapping and forced conversion to Islam of minority girls is a major challenge for the Pakistan Church. (Photo: AFP via UCA News)

Ejaz Alam Augustine, Punjab’s minister of human rights and minority affairs, told the gathering that his ministry has prepared a draft on the issue of forced conversions.

“Things become difficult when every case is dealt with as forced conversion. We don’t want to be barriers between faith. This is a very sensitive matter for these people. We can’t change the mindset. We only want to stop those who convert minority females for marriage. Besides lawmaking, we need judicial reform, changes in Sharia law and social awareness about this critical issue,” he said.

“The Church plays a crucial role in imparting moral education to our daughters. It is our most important platform. Sessions on faith formation are needed for females as the ratio of such cases is higher in the Christian community. Lastly, everyone knows the role of a minorities minister in Pakistan both at federal and provincial level.”

Last month the Supreme Court rejected an appeal by Church of Pakistan Bishop Azad Marshall of Raiwind Diocese for a constitutional petition to protect Christian girls from forcible conversion to Islam and marriage to Muslims.

“We demand legislation against this sexual crime sheltered in the name of religion. The magic only works on underage Christian girls. They are pressured and brainwashed. We don’t see the government writ. None of the culprits have been arrested,” he said.

“We ask the Minority Affairs Ministry to help the Church set up shelter houses for counseling our females. Mere acknowledgement is not enough. We shall reach out to the judiciary, civil society and ulema for support.”