Pakistan Church Set for Legal Battle Over Conversion of Minors

The Catholic Church has announced that it is pursuing legal action against the religious conversion of underage girls belonging to Pakistan’s beleaguered non-Muslim population.

The move comes against the backdrop of an ongoing legal battle involving a 13-year-old Catholic girl.

Arzoo Raja, a resident of Karachi’s Railway Colony, was allegedly abducted, forcibly converted to Islam and married off to her middle-aged Muslim abductor Ali Azhar.

She was ordered to stay in a state-run shelter by Sindh High Court on Nov. 9 after it was medically established that she was a minor.

The court ruled that she cannot return to Ali Azhar because it was not possible for her to enter into a legally valid marriage under the Sindh Child Marriage Restraint Act 2013. 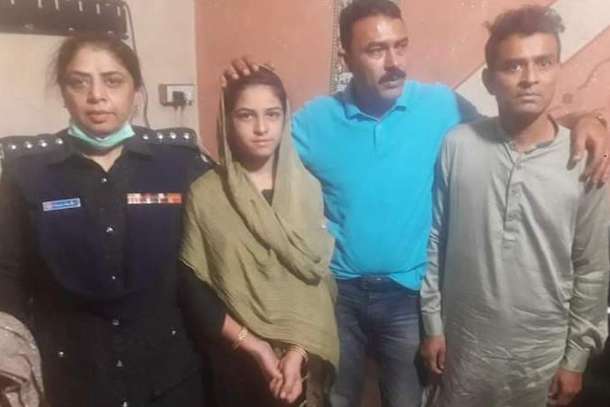 The court also asked police to proceed against people involved in performing the underage marriage.

The court, however, fell short of addressing the matter of her conversion from Christianity to Islam in view of her minor age.

Father Saleh Diego, diocesan director of the National Commission for Justice and Peace and vicar general of the Archdiocese of Karachi, announced moving the court on the issue of forced conversions.

“We are filing a petition to resolve this matter once and for all. The Catholic Archdiocese of Karachi, all other churches of Pakistan, the entire Christian community including international denominations, we all are one and we are standing for justice,” Father Diego told the media.

In a statement on Nov. 8, a newly formed coordination committee for law and justice headed by Joseph Cardinal Coutts strongly condemned the rising incidents of abduction, forced conversion and coerced marriage of young girls from the minority community.

The Human Rights Council of Pakistan has reported that cases of forced conversion are increasing.

Forced conversion has become a major tool for persecution of religious minorities in Pakistan. According to rights activists, young minority girls are sexually abused and lured into matrimony. In most cases, they are abducted and wed through forced conversions.

The Muslim abductors are often hailed as heroes by relatives and local communities because converting a minority girl to Islam is considered a noble cause.

No authentic data is available but a 2014 report by the Movement for Solidarity and Peace claims about 1,000 women, mostly Christians and Hindus, in Pakistan are forcibly converted to Islam every year.

In a detailed study published last year, the People’s Commission for Minorities’ Rights and the Centre for Social Justice recorded 156 incidents of forced conversions between 2013 and 2019.

According to the US Commission on International Religious Freedom, Pakistan ranks among the world’s worst violators of religious freedom. Minorities in Pakistan face high levels of discrimination as well as instances of outright persecution because of their faith identities.