Many refugees are marooned for months on unseaworthy boats, falling prey to abuse by smugglers.

Rohingya refugees, mostly women and children, faced dangerous and deadliest perilous journeys in 2020, which saw the highest numbers of refugees stranded at sea.

Last year was the deadliest year on record for refugee journeys in the Bay of Bengal and Andaman Sea, according to UNHCR, the UN refugee agency.

It said the Covid-19 pandemic prompted many states in Southeast Asia to tighten their borders, leading to the highest numbers of refugees stranded at sea since the region’s boat crisis in 2015. 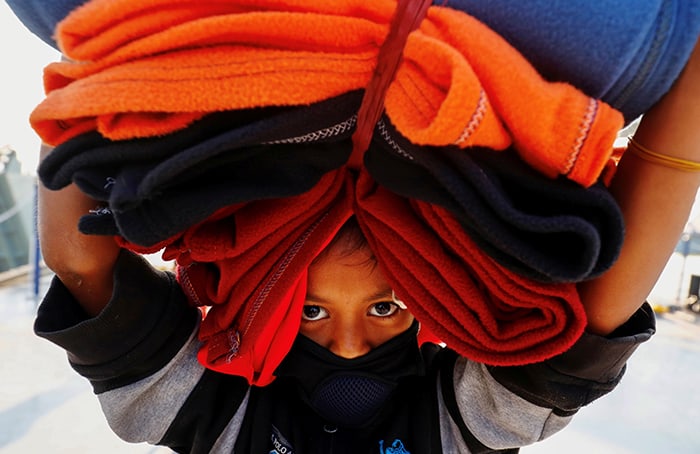 A young Rohingya refugee carries blankets as she prepares to board a ship to move to Bhasan Char island near Chattogram, Bangladesh, Dec. 29, 2020. (CNS photo/Mohammad Ponir Hossain, Reuters)

A crackdown on human trafficking in Thailand in 2015 triggered a humanitarian crisis when smugglers abandoned their human cargo on land and at sea.

The new report, “Left Adrift at Sea: Dangerous Journeys of Refugees Across the Bay of Bengal and Andaman Sea,” released on Aug. 19 revealed that some two-thirds of those attempting these perilous voyages were women and children. 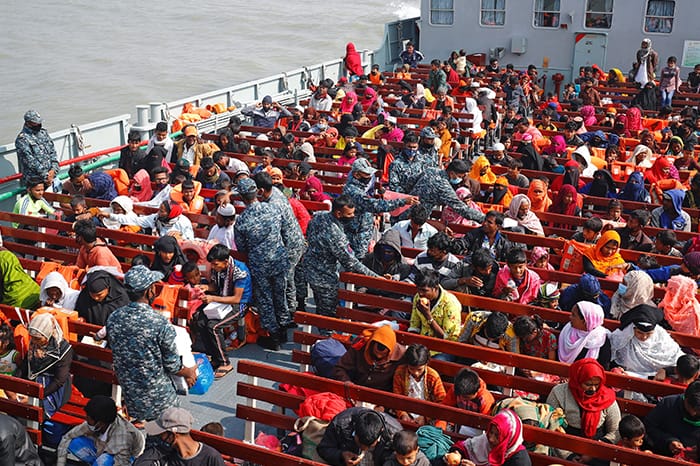 The report said the majority of passengers are now women and children in contrast to earlier journeys when most were men. They are at even greater risk of abuse by smugglers when making such journeys. Their ordeal was made worse because safe harbors to end their dangerous journey were nowhere to be found.

Conditions on the boats are deplorable, with a lack of food, water and no medical provisions, while survivors spoke of beatings and other abuses by traffickers on board, according to UNHCR.

Since 2020, many refugees have been marooned for months on unseaworthy boats, falling prey to abuse by smugglers, becoming gravely ill through insufficient food and water, and enduring the harsh conditions at sea including both searing heat as well as treacherous waves and storms.

Over the past decade, thousands of Rohingya refugees have left by sea from Rakhine state in Myanmar and from the camps in Cox’s Bazar, Bangladesh. The roots of these dangerous journeys are found in Myanmar, where the Rohingya were stripped of their citizenship and denied basic rights. 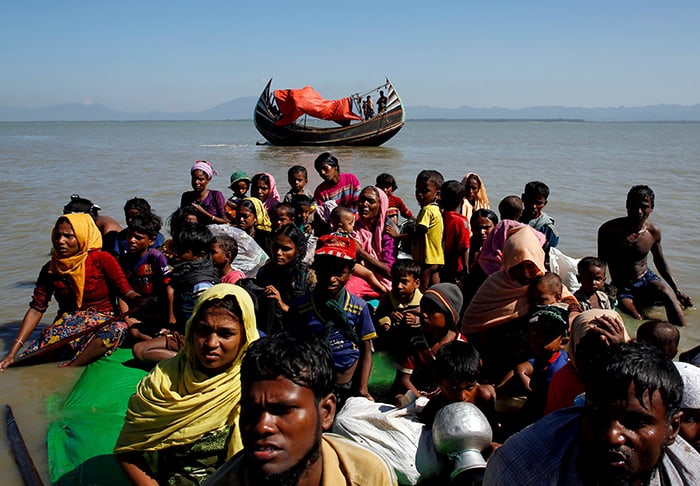 Refugees are still making perilous journeys by sea, while inside Myanmar about 600,000 Rohingya are still facing discriminatory restrictions imposed by the authorities, deprived of their rights to citizenship, freedom of movement and access to essential services.

In 2020, several boats carrying refugees were denied disembarkation in countries including Malaysia and Thailand and instead were pushed back out to sea, according to the UN refugee agency.

“For as long as states bordering the Andaman Sea and Bay of Bengal are reluctant to rescue and land those in distress at sea, that collective failure to act will have tragic and fatal consequences,” Indrika Ratwatte, UNHCR’s regional director for Asia-Pacific, said in his foreword to the report.

This story was originally published by UCA News.

Featured image: A boat carrying Rohingya people from Myanmar arrives on the shore of Indonesia’s North Aceh Regency on June 25, 2020. Nearly 100 Rohingya including 30 children were rescued from the rickety wooden boat. (Photo: AFP via UCA News)