Aid to the Church in Need approves $9.5 million in aid for some African countries where Christians are under attack.

Pontifical Catholic charity Aid to the Church in Need-United States has announced the approval of $9.5 million in aid for some African countries where Christians continue to suffer owing to what the organization refers to as Islamic extremists.

The countries include Niger, Mozambique, Mali, Central African Republic, Burkina Faso, Cameroon, and Nigeria—countries where attacks against Christians have been reported the most.

Announcing the donation, the leadership of ACN likened the suffering of the people of God on the African continent to the painful path that Jesus took on the way to his crucifixion.

“Africa was on a harrowing Via Dolorosa in 2020 and became the continent of martyrs,” ACN executive president, Dr. Thomas Heine-Geldern, said in the April 21 report. “Violence against Christians, their expulsion and murder have increased dramatically.”

Heine-Geldern added, “I hope that the aid we provide will assuage the suffering of the people and enable them to experience a little Easter hope.”

The leadership of the organization noted that during the last few years Christians have been targeted by extremists in many countries in Africa.

“In no other region have so many priests, religious and Church workers been murdered in the last three years,” ACN leadership reported.

“The Catholic Church in Africa is itself often one of the victims, but more than anything it is an important source of support, reconciliation and healing for all who are suffering violence,” Heine-Geldern explained. “For this reason, ACN considers the aid it provides to the Church of the ‘continent of martyrs’ one of its most crucial missions, now more than ever.”

ACN’s campaign “Heal the wounds of religious extremism in Africa” supports a series of concrete measures.

One of the top priorities of the African Church’s mission is the promotion of interreligious dialogue to further understanding and fraternity on all sides.

In the predominantly Islamic country of Mali, for example, ACN is helping the Institute for Islamo-Christian Formation erect a building in the capital of Bamako. The goal is to make interreligious courses accessible to more students. 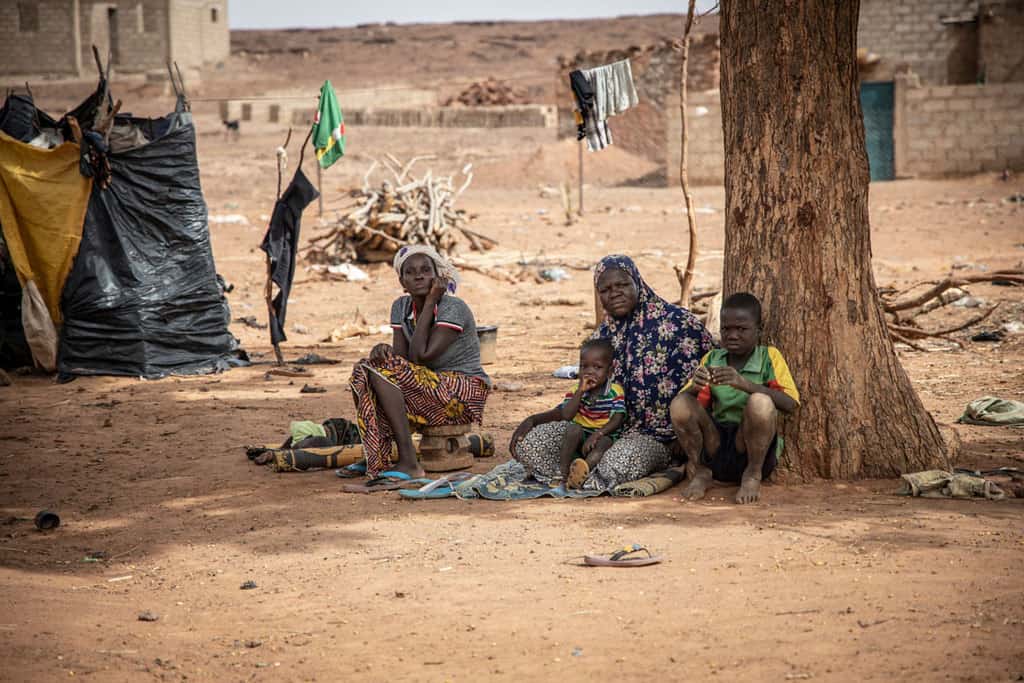 The leadership of the Catholic Aid organization however notes that true peace is only possible once the trauma experienced by those deeply wounded by terrorism has been healed.

To assist in the rehabilitation of the people, ACN is sponsoring several projects focused on spiritual and psychological training.

An example is the West African country of Nigeria, specifically in the Diocese of Maiduguri where ACN notes that the terrorist organization Boko Haram left two thousand traumatized widows and several thousands of orphans in its wake.

The pontifical organization has helped set up a center for the training of trauma therapists to assist those who have been “scarred by suffering.”

Additionally, in the West African country of Burkina Faso, ACN is demonstrating that members of the clergy and sisters need assistance in order to live out their vocations under the threat of Islamization. To help this group of clergy and women and men religious, the Catholic charity is providing funding for spiritual retreats and capacity building initiatives.

“Not only in Burkina Faso, where tens of thousands of people have been displaced by Islamists and large numbers of Christians have been killed over the last few years, but also in Cameroon, Nigeria and the Central African Republic, ACN sponsors regular seminars for the spiritual strengthening of priests and religious,” the leadership of the organization said.

ACN is also helping the clergy and religious in these countries earn their livelihoods through Mass stipends and by donating means of transportation and communication. 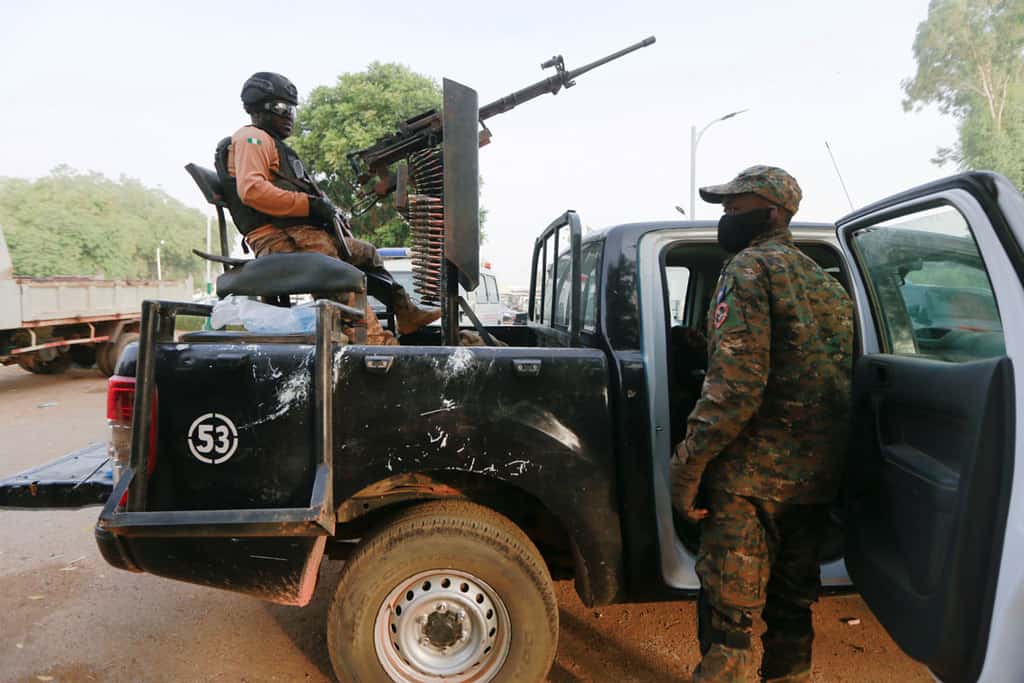 A soldier sits with his weapon on a pickup truck in Zamfara, Nigeria, March 2, 2021. (CNS photo/Afolabi Sotunde/Reuters)

“This ensures that religious sisters and pastoral workers can provide ongoing assistance to victims,” the leadership of the organization reported and provided an example of Mozambique’s Pemba Diocese, where 26 religious sisters are the recipients of the donation.

Making reference to the nuns in Pemba Diocese ACN leadership reported, “They serve in a region that is one of the primary targets of jihadist militia groups sympathetic to the cause of ISIS. Terrorism has already displaced more than 750,000 people in the area.”

Most importantly, the Catholic charity is keeping the faith alive in troubles African countries by helping parishes rebuild their churches and the religious infrastructure that has disintegrated under terrorism.

In the predominantly Islamic country of Niger, for example, funds have been granted for the rebuilding of a parish church in the city of Zinder.

The leadership of ACN recalls that the parish church in Niger was destroyed in 2015 in retaliation for the publication of Muhammad caricatures by the French magazine Charlie Hebdo.

Heine-Geldern feels encouraged by Pope Francis in the work that the pontifical organization is doing in Africa.

“The Holy Father called for active solidarity with Africa on Easter Sunday,” the ACN official says.

He adds, in reference to the Holy Father’s message, “In particular, he prays for the people of Africa who see their future compromised by internal violence and international terrorism and places his hopes in fraternal dialogue in a spirit of reconciliation. ACN is doing everything in its power to realize the pope’s mission for Africa.”