Kenyan bishops urge government not to close Dadaab and Kakuma refugee camps and to focus on refugees’ safety.

The intention of Kenya’s government to close Dadaab and Kakuma refugee camps in the country’s northern region is “unfortunate” and “regrettable,” Catholic bishops in the East African nation have said.

In a collective statement circulated Sunday, April 11, members of the Kenya Conference of Catholic Bishops (KCCB) appeal to the Kenyan government to “shelve the unfortunate idea” and instead focus on keeping the refugees safe.

“It is highly unfortunate and regrettable that the intention by the Kenyan authorities to close Dadaab and Kakuma refugee camps within a short time frame comes at a time that these people need help,” KCCB members say in their statement dated April 9.

They add, “This is a time to give protection and embrace the most vulnerable in our society. As a God-fearing nation, we should obey God’s commands to love our neighbors. This is the reason why as Kenyans, we should count it a privilege to show that love by hosting the refugees and asylum seekers across the globe.”

In the two-page statement signed by KCCB’s Chairman, Archbishop Philip Anyolo, the Catholic bishops “applaud the government of Kenya for hosting and giving refugees and asylum-seekers protection over the years.”

The hospitality to the refugees and asylum seekers “has been a good gesture to these people who felt they are a lot safer in Kenya,” KCCB members say, and add, “It is not only necessary but also important and human to support the most vulnerable in our society, giving them another chance of having a place they may call home.”

Kenya’s Cabinet Secretary of Interior and Coordination of National Government, Dr. Fred Matiang’i on March 24 announced the government’s intention to close the two camps and issued a two weeks’ “ultimatum” to the United Nations High Commissioner for Refugees (UNHCR) to present a plan for the closure.

“UNHCR is concerned about the impact this decision would have on the protection of refugees in Kenya, including in the context of the ongoing COVID-19 pandemic,” the leadership of the refugee agency said March 24 in response to the intended closure of the camp and pledged to dialogue with the Kenyan authorities. 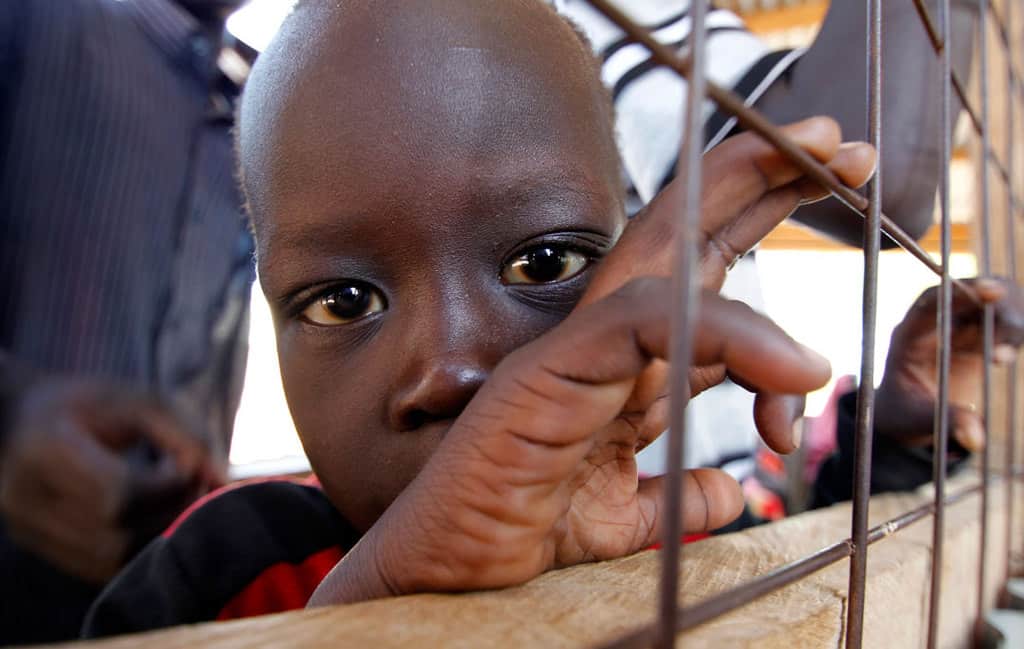 A child from South Sudan is pictured in a 2012 photo at a registration center in the Kakuma refugee camp in northern Kenya. Catholic bishops in Kenya are urging the government to shelve plans to close two refugee camps that host refugees who fled civil war and famine in Somalia and South Sudan. (CNS photo/Thomas Mukoya, Reuters)
On April 8, Kenya’s high court temporarily blocked the closure of the two camps for a period of 30 days, following a petition filed by a local politician challenging the government’s move.

Located in Kenya’s Lodwar Diocese, 29-year-old Kakuma Refugee Camp is the largest of its kind in the world, hosting an estimated 200,000 people, the majority of them having fled the civil war in the world’s youngest nation, South Sudan.

Dadaab Camp, which was established in 1991, on the other hand, is the third-largest refugee settlement in the world, with an estimated 218,873 refugees and asylum seekers, according to UNHCR statistics.

The majority of the inhabitants of the camp, located in the territory of Kenya’s Garissa Diocese, are refugees who have fled the civil war in neighboring Somalia.

In 2016, Kenya’s government had attempted to close the Dadaab Camp, citing security concerns owing to its proximity to conflict-ridden Somalia. A decision by the Kenyan high court blocked the move, which it termed unconstitutional.

Rather than close the camps, Catholic bishops in Kenya want the Uhuru Kenyatta-led government “to shelve this unfortunate idea and instead increase security and any other support to the refugees as well as to the bodies that work directly with them in ensuring they receive their basic needs.”

The bishops add in their April 9 statement, “The government should reconsider their position and treat all refugees with care and concern especially during this period of COVID-19 pandemic when humanity is faced with serious economic and psychological challenges. Let us be our brothers’ and sisters’ keepers.” 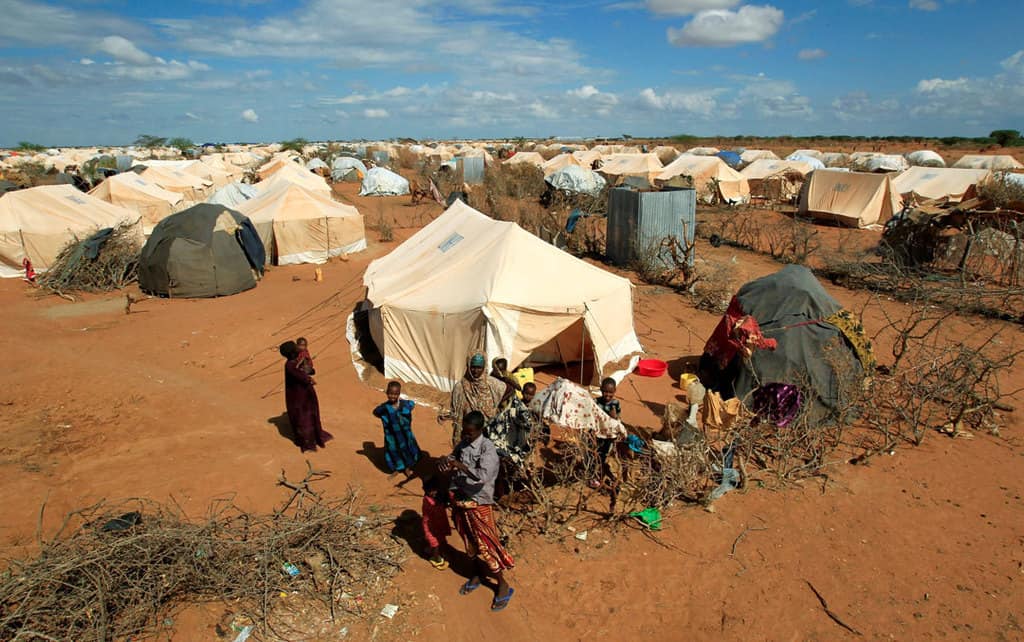 Refugees stand outside their tent in 2011 at a refugee camp in Dadaab, Kenya, across the border from Somalia. Catholic bishops in Kenya are urging the government to shelve plans to close two refugee camps that host refugees who fled civil war and famine in Somalia and South Sudan. (CNS photo/Thomas Mukoya, Reuters)
“Forcefully returning refugees to Somalia, where there is still insecurity and attacks on civilians, will lead to more suffering of many vulnerable women and children,” KCCB members say in their collective statement shared with ACI Africa

They remind the Kenyan government that under  international law, the refugees “can be repatriated on voluntary return when conditions change and a free, democratic government that respects human rights, good governance and the rule of law is in place”

“This is still not the case in regards to Somalia whose population are the majority hosted in Dadaab Camp. The principle of non-refoulement should be respected,” the Catholic bishops in Kenya add in their statement titled, “Appeal to the government of Kenya not to close Dadaab and Kakuma refugee camps.”

In the considered opinion of KCCB members, “The complex refugee situation in Kenya requires a comprehensive approach to solutions, which include continued protection of those who are in need of asylum and adequate support for those who may choose to return voluntarily.”

“To facilitate sustainable returns, it is important that the returnees receive the necessary support, which includes financial and basic relief items,” the Catholic bishops in Kenya say in their April 9 statement.

According to the bishops, the Kenyan government “should continue working with other stakeholders and embrace dialogue towards securing a lasting solution for the common good of refugees.”

Featured image: A girl stands outside a makeshift shelter in 2018 at the Kakuma refugee camp in northern Kenya. Catholic bishops in Kenya are urging the government to shelve plans to close two refugee camps that host refugees who fled civil war and famine in Somalia and South Sudan. (CNS photo/Baz Ratner, Reuters)