El Paso bishop calls for compassion and worries pushback will stokes fears of immigrants as a threat.

For the past month, Magdalena Chávez and her sisters have spent their days praying for their 17-year-old nephew.

They have included the name of the Salvadoran teen in a list of Mass intentions, pray the rosary each day and ask for divine intercession that he reach the U.S. safely.

“That’s our most urgent petition,” said Chávez, who periodically checks in with family members to see if any of them have received the news they most want to hear: that he’s alive and that’s he’s made it through the dangerous crossing from Mexico into the United States.

The teen left his village of Las Pilas in northern El Salvador with a “coyote,” a smuggler, March 1 without telling his extended family, Chávez told Catholic News Service March 11.

The family discovered he’d departed only after another family member told them he was in Guatemala. A few days later, news arrived again, this time with a photo of the 17-year-old sent by the smuggler saying they had arrived in Mexico and would soon be crossing the border.

The teen was intent on being reunited with his parents, two Salvadoran immigrants in the U.S. without documents who haven’t seen him in five years, Chávez said. The parents made a deal to pay the smuggler $4,500 if their teen crosses the Rio Grande safely. Soon, he may become part of a record number of minors at the U.S.-Mexico border, many who are quickly filling up shelters on the U.S. side. 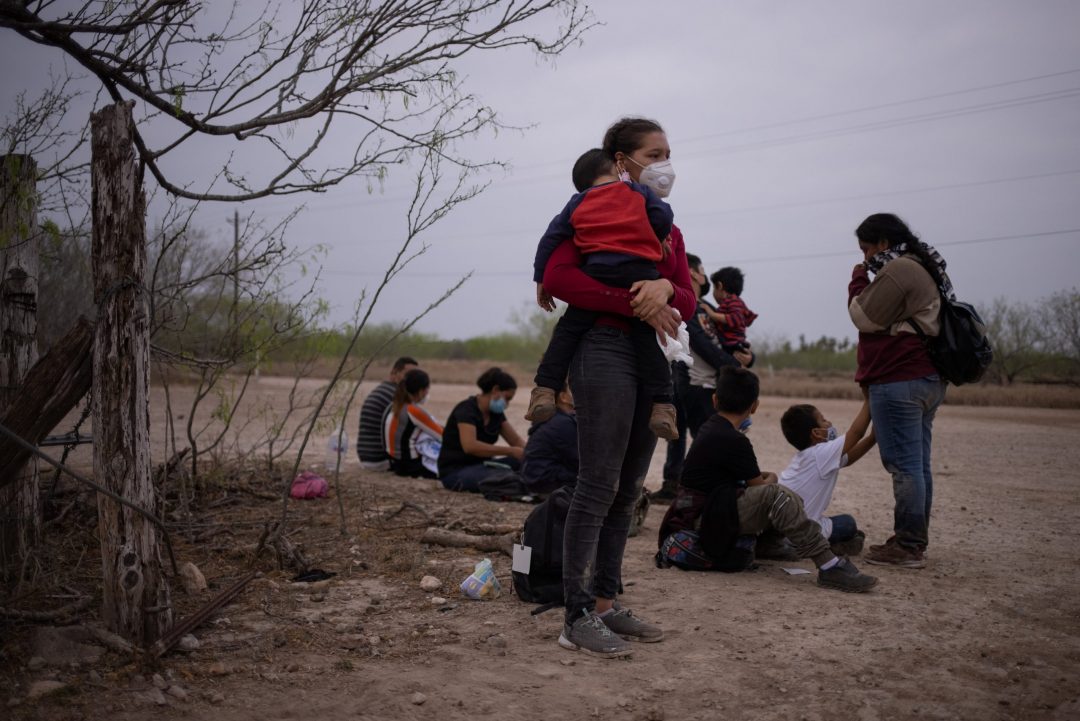 The Washington Post recently reported that over 8,500 unaccompanied migrant teens and children, such as Chávez’s nephew, are now in shelters under the auspices of the Department of Health and Human Services, waiting for relatives or sponsors living in the U.S. to claim them. The newspaper also reported that more than 3,500 — also a record number — are at U.S. Border Patrol stations waiting for space to open at shelters.

Late March 13, the U.S. Department of Homeland Security in a statement said that for the next 90 days, it was deploying the Federal Emergency Management Agency, or FEMA, to help “safely receive, shelter, and transfer unaccompanied children who make the dangerous journey to the U.S. southwest border.”

The statement also warned parents or family members of the minors “the journey that unaccompanied children undertake from their home countries is extremely dangerous, and the danger is more severe during the COVID-19 pandemic.”

Even if they manage to make it across the border alive, they face potential exposure to COVID-19 during the trip, or in shelters or detention facilities holding them temporarily — until a family member, a sponsor or parents pick them up.

Dylan Corbett, executive director of the Hope Border Institute in El Paso, Texas, a nonprofit that advocates for migrants on the border, said in a March 11 interview with CNS that minors face the same conditions as other migrants: being transported around facilities and sometimes from city to city without being tested for the coronavirus.

Though much of the surge is in south Texas, near the Brownsville and McAllen area close to the Rio Grande, authorities are flying migrants into places such as El Paso to process them through the federal system. 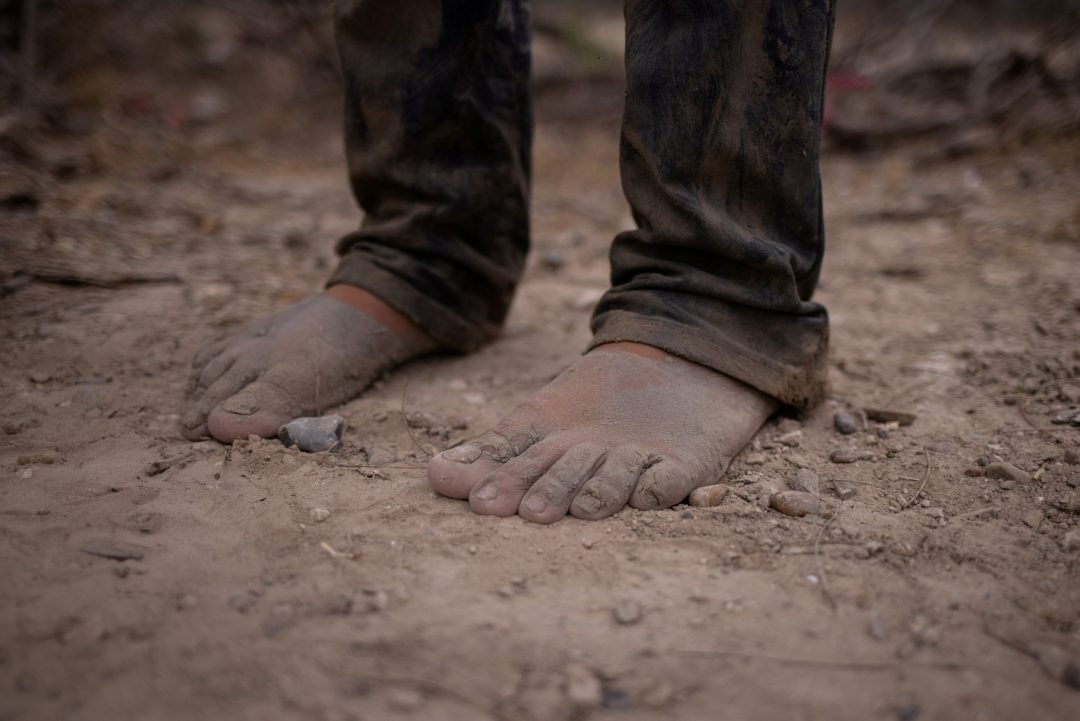 El Paso Bishop Mark J. Seitz said that on March 7, the local network of shelters helping migrants and refugees in the border city received word from Border Patrol that between 250 to 300 migrants would be arriving from south Texas and the flow since then has been steady. They are coming without having been tested for COVID-19 “because Border Patrol says they can’t do it,” said Bishop Seitz. “They’re having to move large groups of people and some may be COVID positive.”

To be fair, said Bishop Seitz, “the people who’ve been crossing the border have a lower infection rate than those who are here. The risk is more that we give COVID to them, but in any large group, there’s going to be someone who has the virus.”

And while minors are the focus of attention in recent news, Corbett said there are many groups coming through the southern border: asylum-seekers who were turned away during the Trump administration, repeat border crossers, and some seeking economic relief after tropical storms wreaked havoc in their nations. Yet testing for any of them is scarce.

Corbett said his organization sent a letter addressed to DHS Secretary Alejandro Mayorkas asking that, no matter what group it is, DHS ensure testing of incoming migrants. The letter emphasized the necessity of a plan to care for and isolate those who tested positive, “but we didn’t hear back,” Corbett said.

Now that lack of testing, a “missed opportunity,” is being used by those “who would exploit a situation like this for political purposes,” Corbett said.

Republicans were quick to pounce on the Biden administration on March 14 political news shows, following the lead of other GOP members such as Texas Gov. Greg Abbott.

“The Biden administration is recklessly releasing hundreds of illegal immigrants who have COVID into Texas communities,” the governor tweeted March 3.

Some Republicans also said the new administration had signaled that it’s fine to come through the border, prompting migrants to send their children north.

But Chávez said that for her nephew, who was waiting to cross the Rio Grande late March 14, it was simply a matter of a child wanting to be reunited with his parents, particularly after experiencing a pandemic without them. 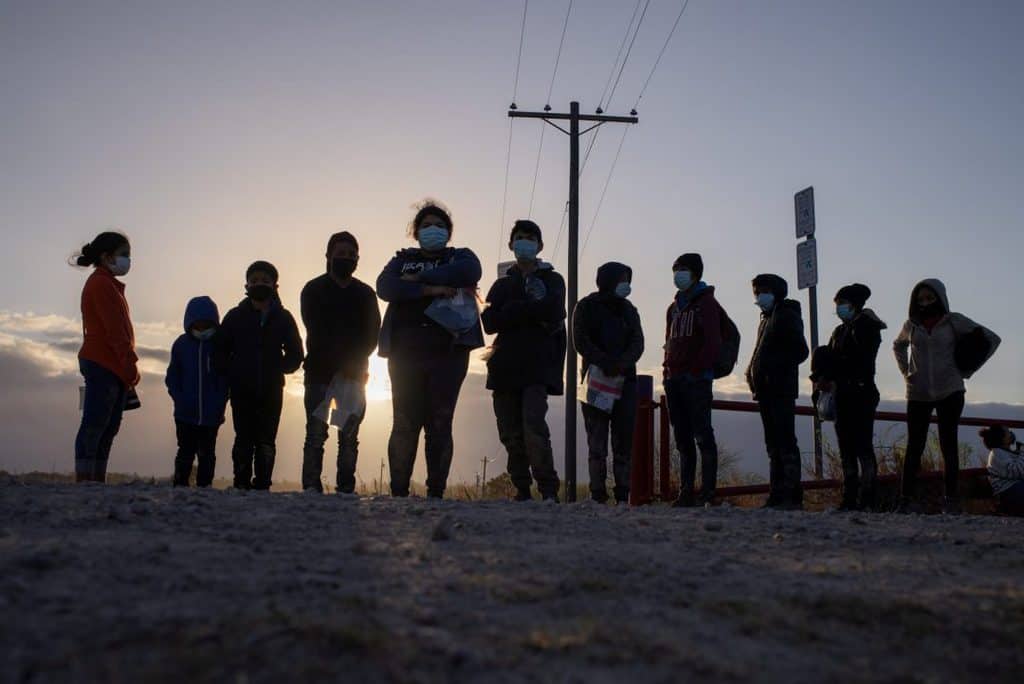 And while it’s true that there’s been an increase in activity of migrants at the border, said Corbett, the activity is “not unprecedented,” but was a product of increasing hunger, suffering economies due to COVID, climate change, and turmoil elsewhere.

What’s causing much of the drama playing out on the news these days, Corbett said, points to an administration trying to rebuild an infrastructure whose capacity to welcome migrants was left “impoverished” by the previous one.

On top of it, a pandemic, one which requires people to keep a distance from one another, has eroded what little space existed at the end of the Trump presidency to tend to incoming migrants.

As of March 15, the Biden administration hadn’t made public details of its plan to house the minors, whether it would house them in tents or other structures to deal with the influx.

Bishop Seitz said that while the minors have to be held until their living situation in the U.S. is vetted, it’s also not necessary to hold them as if they’re in prison.

And whether it’s minors or adults, border communities have always been disposed to step in to help.

“My biggest worry isn’t whether we can handle the refugees,” Bishop Seitz said. “My biggest concern is what will be the pushback if those who are against any kind of immigration can sell their overworked refrain that these immigrants are a threat to us, that there’s chaos on the border and all that.

“That worries me because people are easily taken by that fear of the other, of the alien, as we call them,” he continued. “So that worries me more than anything. These are just people doing exactly you or I would do in the exact same situation. They just need a little compassion along the way, and they will do just fine.”

Feature image: Migrant children from Central America take refuge from the rain in the back of a U.S. Border Patrol vehicle in Penitas, Texas, March 14, 2021, as they await to be transported after crossing the Rio Grande River into the United States. (CNS photo/Adrees Latif, Reuters)