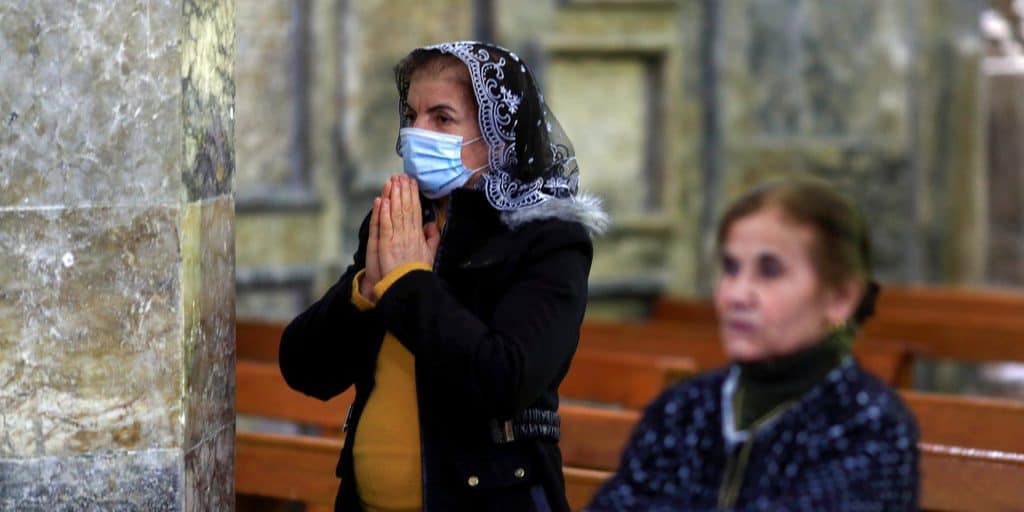 All health precautions taken for pope’s Iraq trip, and everyone traveling with him have been vaccinated.

VATICAN CITY (CNS) — Pope Francis and his aides are well aware of the security and health risks involved with his planned trip to Iraq, but “all the precautions have been taken” and the pope feels a sense of “urgency” to show his love and concern for the Iraqi people, said the director of the Vatican press office.

“The best way to interpret this journey is as an act of love, an act of love for this land, for this people, for its Christians,” the director, Matteo Bruni, told reporters March 2 during a press briefing about the trip, scheduled for March 5-8.

“Every act of love may be or can be interpreted as extreme,” he said, especially in communicating to others, confirming for them that they are loved.

Bruni said acting out of love by traveling while the coronavirus pandemic is continuing — and worsening in Iraq — and at a time when sporadic acts of terrorist violence have increased slightly “does not mean in any way to lose sight of the consequences of one’s action, but it is possible in this regard to measure the need of the other to receive confirmation of that love, consideration and attention.”

“All of the precautions have been taken from a health point of view,” Bruni said, with the pope and everyone traveling with him — including some 70 members of the media — having been vaccinated against COVID-19 by the Vatican. The only event scheduled with more than 200 people is a Mass March 7 in a stadium in Irbil, which seats 30,000 people, but fewer than 10,000 free tickets were printed 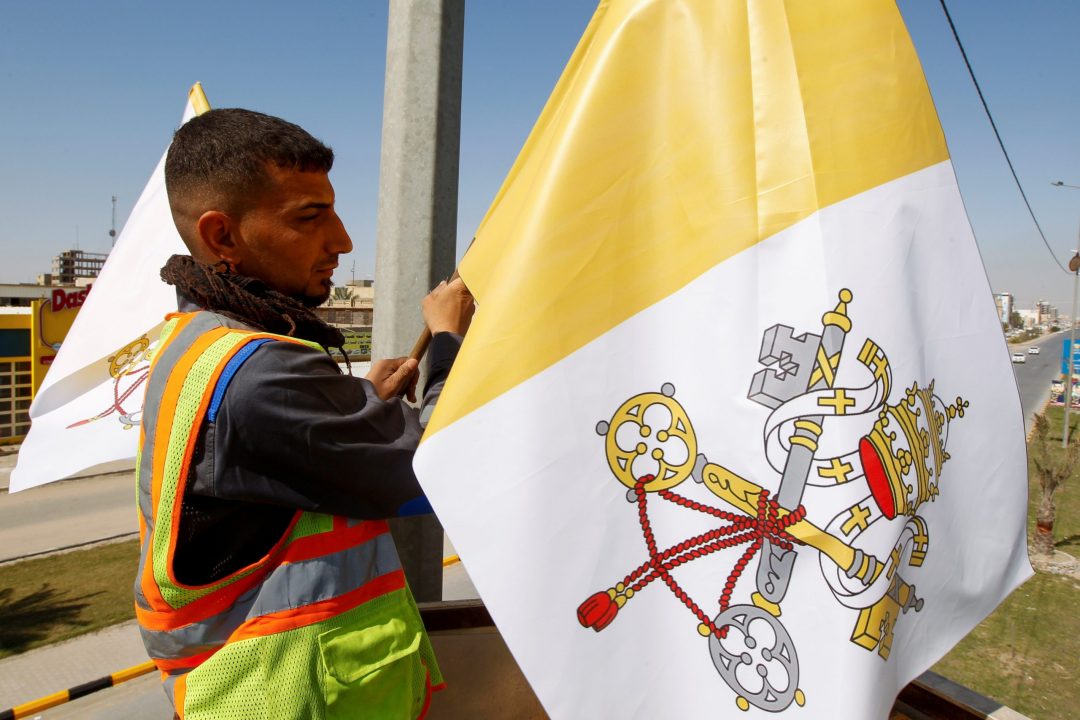 A week before Pope Francis was scheduled to arrive in Iraq, the Vatican nuncio in Baghdad and several members of the staff tested positive for COVID-19 and began self-isolating.

The embassy confirmed the news Feb. 28, after the nuncio, Archbishop Mitja Leskovar, told the news agency Reuters that although he was experiencing light symptoms and was in self-isolation, the pope’s visit was going ahead.

Pope Francis usually stays at the nunciature when he visits a country. Italian news reports said those in Baghdad who tested positive had moved out of the residence and it was being sanitized.

As the number of COVID-19 cases in Iraq began increasing in early February, the government announced a new lockdown, which began Feb. 18. Churches and mosques are closed, and there is a “total curfew” Friday-Sunday and an 8 p.m.-5 a.m. curfew the rest of the week at least through March 8. Grocery stores, bakeries and pharmacies can remain open and people may leave their homes to go to them. 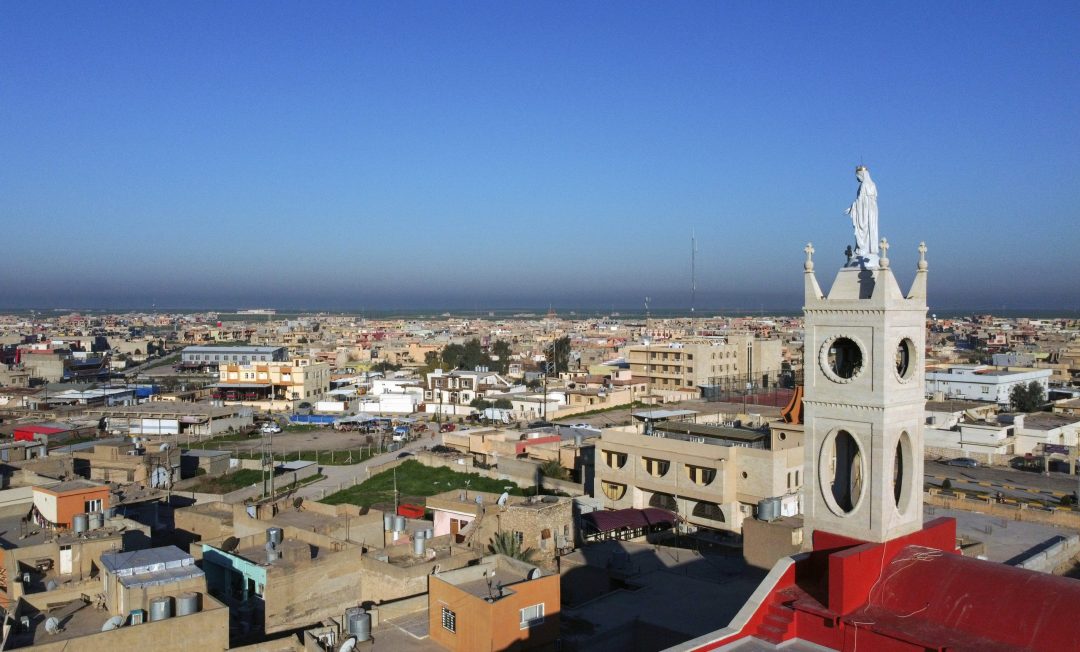 A statue of Mary is seen atop the Church of the Immaculate Conception in the Christian town of Qaraqosh, Iraq, Feb. 23, 2021. Pope Francis plans to Qaraqosh March 7 during his March 5-8 trip to Iraq. (CNS photo/Thaier al-Sudani, Reuters)

According to the Worldometer coronavirus tracker, the number of new cases of COVID-19 discovered each day in Iraq had fallen below 1,000 in late January, but soon began rising, hitting 4,336 Feb. 26. However, the daily death toll has not been over 30 since early December.

Chaldean Catholic Archbishop Bashar Warda of Irbil told the television station Kurdistan 24 that it was “historical and courageous” for the pope to visit Iraq at a time of continuing security threats and the COVID-19 pandemic.

As with every papal trip, the host government oversees the pope’s security, but plans and carries it out in collaboration with the Vatican police force and the Swiss Guard. Bruni said it was up to the Iraqis to decide how much input would come from coalition security officials, such as the NATO Mission Iraq. He also declined to specify how many Vatican security officers would be traveling with the pope.

From the beginning of his papacy, Pope Francis has made it a point not to ride in armored cars, but to choose something simple. On this trip, Bruni said, it was likely that he would not have such a choice.

As with every papal trip, he said, Pope Francis is going to confirm Christians in their faith and to build bridges with members of other religions with the hope of strengthening the basis for a future of peace.

Feature image: A woman wearing a protective mask prays during Mass at the Church of the Immaculate Conception in Qaraqosh, Iraq, Feb. 23, 2021. Pope Francis plans to Qaraqosh March 7 during his March 5-8 trip to Iraq. (CNS photo/Thaier al-Sudani, Reuters) 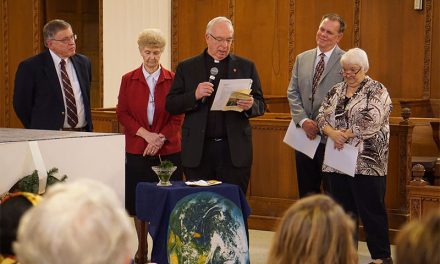 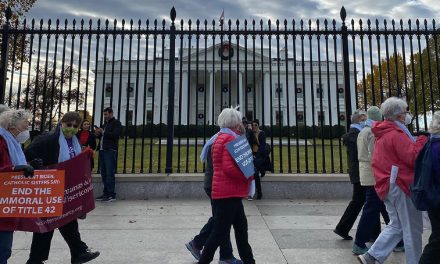 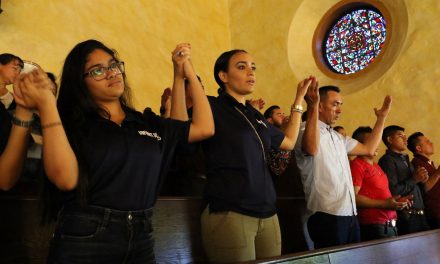 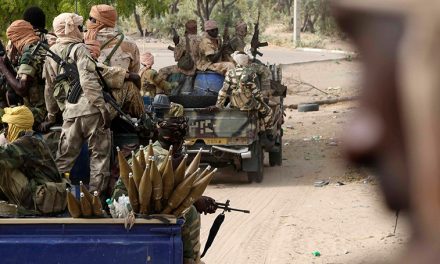 Over 3,000 Christians Killed in Nigeria in 2021, Highest in Years: Intersociety Report