In his upcoming visit to Iraq, Pope Francis will honor suffering and build bridges.

VATICAN CITY (CNS) — Despite the COVID-19 pandemic and ongoing security concerns, Pope Francis is determined to visit Iraq to pay homage to Christians and other minorities persecuted for their faith and to strengthen the commitment of the overwhelming majority of Iraqi Muslims to creating a future of peace and harmony.

As a pilgrim on March 5-8, he will visit churches that were destroyed by militants of the Islamic State group, and as a global religious leader, he will hold an interreligious meeting near the ancient city of Ur, birthplace of Abraham.

“Pope Francis is truly a father because he really wants all human beings to be united — not only Catholics, Orthodox and Protestants — but he is broadening his embrace to include the Islamic world,” said Shahrzad Houshmand Zadeh, a Shiite Muslim theologian who has taught at the Pontifical Gregorian University in Rome.

Holding an interreligious meeting at the birthplace of Abraham, recognized as the patriarch of monotheistic faith by Jews, Christians and Muslims, “can shake people’s consciences to remind us of our common origin,” she said. “It’s like going home and finding our brothers and sisters again.”

Jesuit Father Joseph Cassar, the Irbil-based country director for Jesuit Refugee Service, noted that the theme of Pope Francis’ visit is “You are all brothers.”

“That message really needs to be heard loud and clear and taken to heart by everyone, Christians included,” he said. “Years, decades, of conflict and sectarian division have really wreaked havoc on Iraq,” destroying whole villages, but even more, tearing the social fabric “to shreds.”

“Christians look forward to the pope’s visit to be acknowledged,” he said. But “across the board, all people of goodwill await this message of hope, of fraternity from the pope, and they long for a change in Iraq.”

The fact that rockets were launched into Irbil Feb. 15 creates additional concern, Father Cassar said. It doesn’t happen often, “especially in the Kurdistan region, which is really regarded as a safe haven. This of course bursts the bubble a bit and I think it was an intentional message to the coalition forces and the U.S. forces and the new (Biden) administration to say, ‘Hey, we can get you anywhere.'”

“The whole of Iraq is in a fragile situation and the outlook continues to be uncertain, but one must never lose hope,” he said. COVID-19, political tensions, economic difficulties and “ongoing, low-level attacks by ISIS,” including suicide bombings in Baghdad in January, increase insecurity. 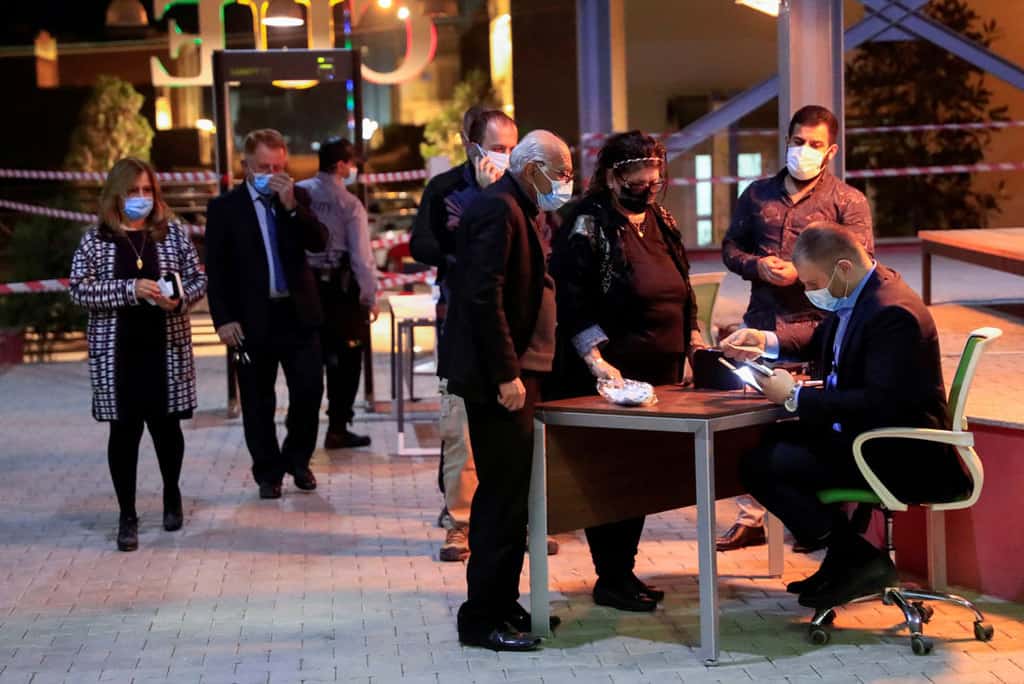 The fact that the pope is going “at a time when it really is not easy because of COVID is a very strong statement,” said Regina Lynch, director of projects for the Catholic charity Aid to the Church in Need. “This visit of the Holy Father also is a sign that the Catholic Church is an artisan of peace, of reconciliation and development.”

While the events on Pope Francis’ schedule include meetings with top government leaders and leaders of other faiths, meetings with the country’s Christians are at the heart of the visit.

Michael La Civita, director of communications for the New York-based Catholic Near East Welfare Association, said the trip tells Iraqi Christians “that despite their ever declining numbers, someone on the outside cares and that someone happens to be the bishop of Rome,” the pope. About 80 percent of the Christians in Iraq are Eastern Catholics, belonging to either the Chaldean, Syriac or Armenian Catholic churches.

In the past 30 or 40 years, the Eastern Catholics as well as members of the Syriac Orthodox Church and the Assyrian Church of the East have given witness to the “ecumenism of blood,” their unity in martyrdom, La Civita said. “These churches are steeped in the blood of their martyrs.”

“I think they are getting tired of being called resilient” after suffering through so many waves of persecution, he said, “but it is remarkable how resilient they are. But they are not ‘they,’ they’re ‘we,’ our brothers and sisters.”

“It’s easier for people who have not suffered the way the (Iraqi) Christians have to say, ‘We must have reconciliation. We must live together.’ But we mustn’t forget that this is what the Christians have done there for so long,” she said. “They’ve always been a minority in the last centuries and yet they are a bridge between different groups, different Islamic groups as well.”

Lynch was in Irbil in 2014 a week after waves of displaced Christians arrived in the city fleeing Islamic State militants. “I remember one or two people recounting how, when they were leaving their homes with the bare necessities because they had to leave really quickly, some of them were hurt — maybe even bitter — because they saw their former neighbors going into their houses and ransacking them.” 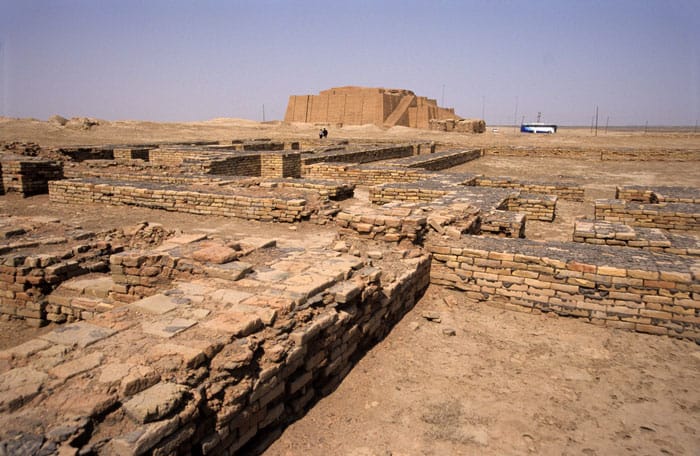 The ruins of Ur, Iraq, with the reconstructed Ziggurate in the background, are pictured in 1998. During his March 5-8 trip to Iraq, Pope Francis will visit Ur, the birthplace of Abraham, recognized as the patriarch of faith in one God by Jews, Christians and Muslims. (CNS photo/Norbert Schiller)

One of ACN’s big programs was to assist Christians who wanted to return to their villages and homes. The charity helped rebuild their houses and, as a gift, gave each family an olive tree, a plant that provides fruit and oil, but also is a symbol of life and of peace.

Now, Lynch said, ACN is helping to restore Catholic and Orthodox churches and convents, but also kindergartens and community halls, both of which are important gathering places for Christians and Muslims. The pope is scheduled to visit the Syriac Catholic community’s Al-Tahera Church in Qaraqosh, a church ACN helped restore.

One of the most anticipated events on the pope’s calendar is a private meeting planned for March 8 with Ayatollah Ali al-Sistani, one of Shiite Islam’s most authoritative figures. The meeting will be held in Najaf, a city special to Muslims, especially Shiites, because it is the burial place of Muhammad’s son-in-law, Ali.

Houshmand Zadeh said the designation “ayatollah” among Shiites would be similar to a cardinal among Catholics, a recognized leader, but al-Sistani is a “grand ayatollah,” an expert in Islamic law, theology and spirituality, who is esteemed not only in Iraq, but by many Shiite Muslims around the world.

“This is the first time a pope has gone to a country with a Shiite majority,” Lynch said, and to meet with al-Sistani and to do so in Najaf “is very, very important.”

“If religious leaders cannot cooperate for the common good of humanity, they are not authentic or credible,” she said.

Father Cassar also welcomed news of the meeting, saying, “It is of huge importance, also because it sends out the message that the pope’s visit is not only for Christians. The pope’s visit is intended to build bridges,” something which also tells the country’s Christians that that is their mission, too.

Christians in Iraq, he said, are not supposed to be a “pre-Pentecost” Christian community, referring to the disciples and Mary closed in the Upper Room before the descent of the Holy Spirit. Instead, they are supposed to go out and be the leaven of a new society.

Featured images: Displaced women and children wearing protective masks are seen in a medical center at a camp in Dahuk, Iraq, March 7, 2020. Security and COVID-19 are two of the challenges to Pope Francis’ March 5-8 visit to Iraq. (CNS photo/Ari Jalal, Reuters)