A Maryknoll priest works to build up a sprawling rural parish in Tanzania.

A mission parish in the Shinyanga Diocese of Tanzania is a ministry of challenges and blessings for Maryknoll Father Hung M. Dinh, whose life of service to the poor has taken him from his native Vietnam to the vast savannahs of East Africa.

As pastor of Ndoleleji Catholic Church, Father Dinh today lives out the calling he first heard as an “underground seminarian” studying in secret for the priesthood in Communist Vietnam and serving there as a catechist in a rural parish, ministering to “the poorest people who had only one meal a day.”

“My purpose is to strengthen the Christian life here,” says Father Dinh of his ministry in Ndoleleji. “It’s a mission parish and has many outstations.” The parish consists of three pastoral centers that each encompasses eight or nine outstations, or chapels, with two to five Small Christian Communities associated with each outstation. Father Dinh goes to each center once a month and will say Masses at three different, widely spaced outstations on any given Sunday. “That takes all day,” he says.

“I have a schedule,” the 54-year-old missioner says. “I not only say Mass but I visit the families for marital problems and for their spiritual life.” He adds that he also visits the sick and attends meetings with the members of the Small Christian Communities on his monthly circuit.

In a sprawling rural parish of 27 villages spread over almost 1,400 square miles, where only 5% of the people are Catholic, one of Father Dinh’s priorities is training catechists. “The priest won’t be able to manage it alone,” he says. “I have to get catechists.” 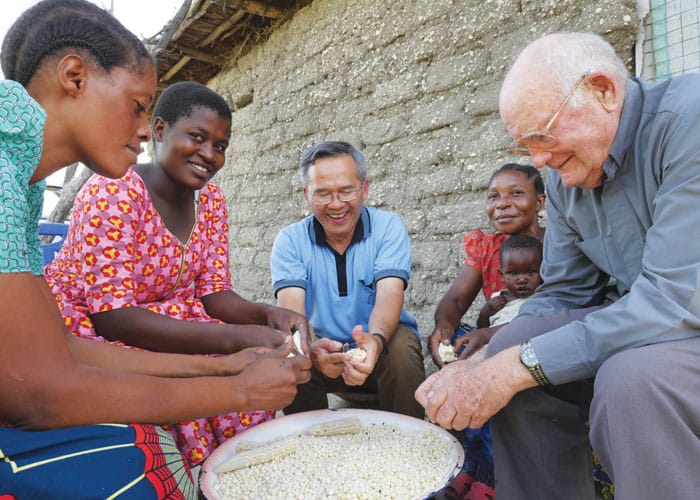 To do that, he sends catechist candidates for a year of training in Mwanza, the country’s second-largest city, located two and a half hours northwest on the shore of Lake Victoria. In addition, he holds ongoing catechist seminars every Friday at one of the three centers in the parish, and on the fourth Friday does a seminar for all the catechists.

With 32 catechists in the parish, Father Hung depends heavily on his chief catechist, Faustine Mihumo, to help manage the organization. The two men are about the same age, and the missioner says he relies on catechist Mihumo, who acts as his representative when the priest is away. Maryknoll Father John Lange also serves at the parish and contributes his advice and counsel, but at age 90, he has to limit his outreach.

While Father Dinh draws on funds from the Maryknoll Fathers and Brothers for the catechists’ training, he relies on financial help from his family and friends in the Vietnamese community back home in the Diocese of Orange in California to help the catechists’ families while the catechists study. “The catechists go to study for a whole year and when they return, they have nothing because they didn’t cultivate (crops),” he says, noting that as many as a dozen catechists may be studying in Mwanza at a time. “The whole year they are studying there they don’t have income.” 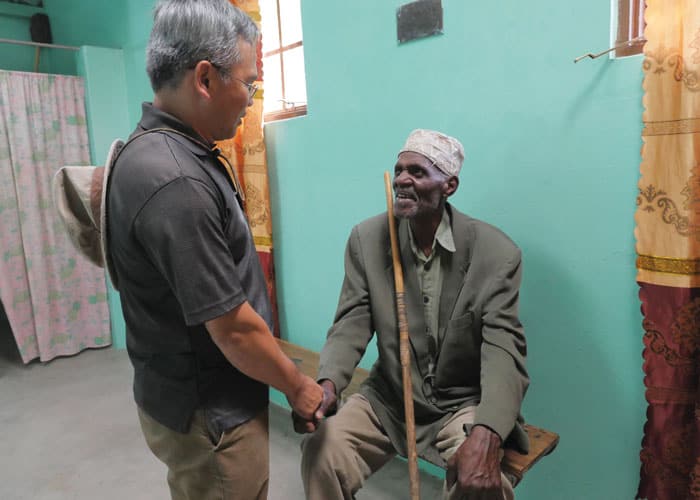 In addition to helping the families of catechist trainees, Father Dinh maintains crops of corn, green beans, peanuts and rice to feed parishioners during meetings and events, and to help the neediest.

To get the catechists to where they need to go to do their ministries, the missioner buys good used bicycles from Japan for $50 each. The cost is shared: the catechist pays a third, the people pay a third and Father Dinh contributes a third.

Father Dinh is very willing to reach into his own resources to help the people of his parish, but he is conscious that the work needs to be sustainable given the fact that the next pastor will likely be a local priest.

Ensuring sustainability is particularly important for the parish medical post and dispensary, he says. The clinic receives about 40 patients a week, most of whom suffer from malaria, which is endemic to the area, as well as typhoid and other infections. It employs 14 people, including a clinical officer (equivalent to a medical technician), five nurses, two part-time laboratory technicians and a midwife, as well as cleaning staff, a driver and a security guard.

“I try to use minimal funds to subsidize the dispensary so when I go away, they’ll be able to manage it for themselves,” Father Dinh says. “If you put in a lot of subsidy and you leave, it collapses. I am building it up slowly so it can continue to be managed on its own.” 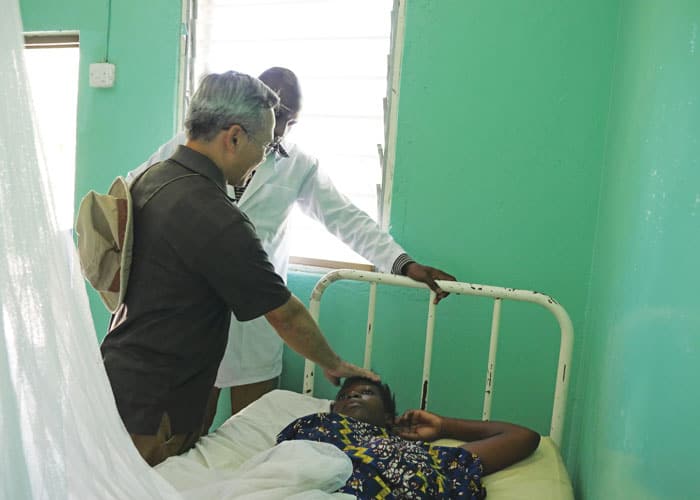 Father Dinh blesses an ailing woman while making rounds with a clinical officer at the Ndoleleji medical clinic and dispensary that treats about 40 patients a week. (Sean Sprague/Tanzania)

While the clinic is run as a non-profit venture, it does charge patients fees for services, medicine and lab tests. For illnesses and injuries beyond the expertise of the clinical officer and nurses, patients are sent to area hospitals. The clinic maintains a driver and ambulance to take patients to the nearest hospital, which is 12 miles away, or to a larger hospital that is more than 40 miles away.

Father Dinh says the parish has been spared from the COVID-19 pandemic. “In our place, Ndoleleji clinic, there are no cases of patients affected by COVID-19,” Father Dinh says. “We have been blessed, really.”

His parishioners are very mindful of God in their lives, the priest says, noting they often use the Swahili phrase mungu yupo, meaning God is present. “That God is everywhere,” he says, “and if they achieve something, they recognize God’s help.”

Father Dinh’s experience of ministry in Ndoleleji began while he was a seminarian doing his overseas training in Tanzania from 2005 to 2007. While assigned to assist a Maryknoll pastor at a parish in Mwanza, seminarian Dinh would spend one week every other month working with Maryknoll Father Daniel Ohmann among the indigenous Watatulu who live near the Ndoleleji area. In 2009, the year after his ordination, Father Dinh returned to the Shinyanga Diocese and served with a local priest in Ndoleleji before becoming pastor in 2012.

To this day, Father Dinh works to maintain some of the projects started by his mentor Father Ohmann, who returned to the States a few years ago after more than 50 years as a missioner in Africa. These include a windmill project that provides clean, reliable water to villages in the semi-arid region and a honey project with 60 beehives that produce “some of the best honey in Tanzania,” he says.

The missioner clearly enjoys his busy mission and life with the people of Ndoleleji. He finds similarities between the people he serves now and the Vietnamese with whom he grew up. “Hospitality really matters here,” he says, just as in Vietnamese culture. Furthermore, he says, “They respect the elders, similar to Asian culture.”

Especially significant for Father Dinh is that the people trust him, even though he’s different from them. “They talk to me and seek counsel from me,” he says. In turn, he credits the Tanzanians he serves with teaching him “patience and generosity.”