Pope’s words in Iraq give Catholics and Muslims in the United States “a blueprint” to overcome barriers, cardinal says.

It was a follow-up to Pope Francis’ historic meeting in Iraq March 6 with Ayatollah Ali al-Sistani, one of Shiite Islam’s most authoritative leaders.

Imam Kashmiri, a writer, author and lecturer, is the vice chairman and religious affairs director for the Imam Mahdi Association of Marjaeya, the liaison office in North America for Ayatollah al-Sistani.

In the brief dialogue held online and available to be viewed over YouTube, Cardinal Gregory and the imam said the pope’s meeting with the ayatollah has dramatic implications.

“This meeting between great spiritual leaders affects all of us,” said Imam Kashmiri, noting that Christianity and Islam are the biggest religions in the world, and that Catholicism and Shiite Islam in particular share many things in common. Those commonalities can show a way forward to other faiths for working together for the betterment of humanity, he said.

Cardinal Gregory repeated Imam Kashmiri’s observation earlier in their dialogue that “Pope Francis and Ayatollah al-Sistani have raised the bar considerably for both of our religious faiths and traditions.”

“We here in our local communities cannot abandon this great opportunity,” he said, “to advance fraternity, brotherhood and collaboration, which will enrich and improve the faith experience for both of for our communities.”

Cardinal Gregory said Pope Francis discussed how Muslim and Christian communities could work at the grassroots level to advance dialogue, when he spoke at an interreligious meeting on the plain of Ur, the home of Abraham, who is revered by Islam, Judaism and Christianity.

He quoted Pope Francis, who said: “The journey of Abraham was a blessing of peace. Yet it was not easy: he had to face struggles and unforeseen events. We too have a rough journey ahead, but like the great patriarch, we need to take concrete steps, to set out and seek the face of others, to share memories, gazes and silences, stories and experiences.”

Those words give Catholics and Muslims in the United States “a blueprint for how to overcome the barriers that separate us, that keep us in mutual mistrust and misunderstanding,” said Cardinal Gregory.

For instance, the cardinal noted that he himself decided “to step outside my comfort zone to meet with, and listen to, the other.” He called that “a powerful first step in, frankly, doing my own part in bringing healing to the world.”

He added that Pope Francis and Ayatollah al-Sistani took great risks in conducting a face-to-face meeting, overcoming any doubts or suspicions of each other. The cardinal said that “is a sign to all of us and worthy of emulation.”

Among the risks for the pope and the ayatollah were threats of terrorism and the COVID-19 pandemic. Pope Francis is 84 and the ayatollah is 90 and rarely grants requests for meetings. Their decision to meet brought great hope to Muslims, to Christians in Iraq and to other religious minorities, said Imam Kashmiri.

He said the pope’s visit was seen not only as in support of peace, but as a challenge to terrorism–by the very act of going to Iraq. Pope Francis brought hope to Iraqi minorities that have suffered for decades, the imam said, adding that Ayatollah al-Sistani believes it is very important “to keep minorities alive in Iraq. Minorities are very important to keep the mosaic perspective in Iraq.”

Cardinal Gregory said it’s clear Pope Francis was eager to make the trip to Iraq despite the challenges. He noted that shortly before he departed the Vatican for Iraq, the pope reaffirmed his desire to go, not only to be with Catholics there, “but also to take a step forward in strengthening the relationships between Catholics and other believers and to be with other religious leaders as a moment of fraternity.”

The pope saw the visit and the meeting with the ayatollah as a chance to offer hope to Iraqi people who are desperately in need of it, the cardinal said.

“That they were together in a land steeped in countless tears shows in some tangible way that the people of Iraq and the suffering they have endured matters, and they are not forgotten,” Cardinal Gregory said.

Pope Francis has been “a messenger of peace on the world stage,” the cardinal said, emphasizing dialogue “for the promotion of genuine solidarity and fraternity. We have witnessed him doing this over and over with world leaders, most especially with Muslim leaders.”

Cardinal Gregory noted that in visiting Iraq, the pope showed “he was not there to impose or to dictate, but to begin a relationship, to begin a dialogue, based on mutual respect, and to encourage those who were already doing likewise in Iraq.”

Imam Kashmiri said the meeting between the pope and the ayatollah put “a lot of responsibility on religious scholars around the world,” pushing them to help find tangible ways to collaborate and move dialogue forward. “The ball is in our court,” he said.

There are many people in Iraq who are already doing good work, Cardinal Gregory noted, “and they simply need to be encouraged by courageous leaders who are willing to publicly promote the same ideals. And who more courageous or respected than Pope Francis and Ayatollah al-Sistani?”

Imam Kashmiri said working with youth and doing outreach to charity already occurs among faiths and can be a path toward the kind of collaboration and understanding the pope and the ayatollah referenced.

Zapor is on the staff of the Catholic Standard, newspaper of the Archdiocese of Washington. 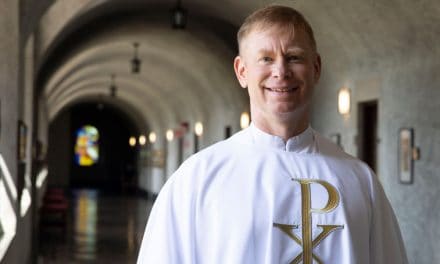 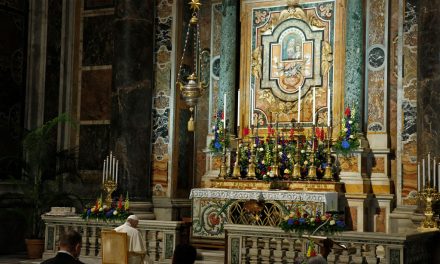 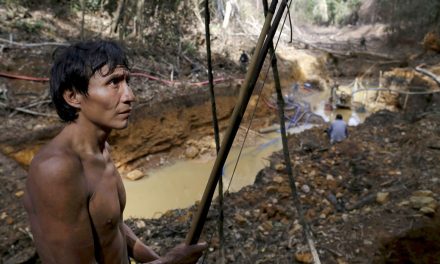 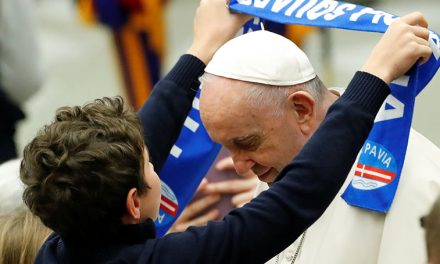 Pope: St. Joseph Reminds Church to Pay Attention to What Is Essential