Jesuit Father Stan Swamy accused of being party to a conspiracy that led to violence in 2018.

BHOPAL, India (CNS) — Major opposition parties in India and a United Nations official backed an octogenarian Jesuit priest who was jailed for alleged charges of sedition and links with Maoist rebels and demanded his immediate release.

The party leaders also expressed solidarity with the “genuine” work the priest had done among tribal people and other marginalized groups.

The ailing priest was arrested at his residence in Ranchi, capital of eastern Jharkhand state, the night of Oct. 8. Authorities said he was connected to a conspiracy that led to violence at Bhima Koregaon in the western state of Maharashtra Jan. 1, 2018, in which one person was killed and several others injured.

The priest denied the allegation and said he never has visited Bhima Koregaon. In a video message before his arrest, he said the National Investigation Agency, which investigates terrorism-linked activities, implicated him by manipulating documents because of his relentless fight against the exploitation of tribal and other oppressed communities mainly in Jharkhand.

The priest is among 16 activists who are now in judicial custody for their opposition to the policies of the pro-Hindu Bharatiya Janata Party-led federal government and the erstwhile BJP government in Jharkhand.

Civil rights group People’s Union for Civil Liberties had arranged a virtual news conference to express solidarity with Father Swamy and others facing trial under the government’s charges.

Jharkhand Chief Minister Hemant Soren, in his message, accused the federal government of trying to silence the voices of marginalized communities.

In a video message, he said, “under the present government, unity, integrity and democratic structures were under attack.” 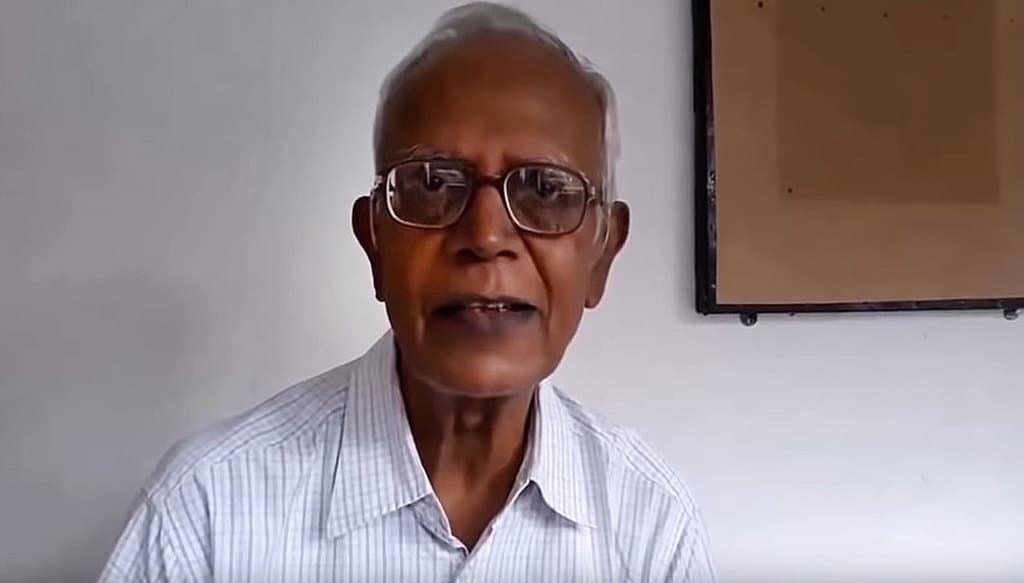 Jesuit Father Stan Swamy, 83, who has worked for tribal rights in India, was arrested Oct. 8, 2020. Major opposition parties in India and a United Nations official sought the release of backed the priest who was jailed for alleged charges of sedition and links with Maoist rebels This screenshot is from a video he made before his arrest. (CNS screenshot/YouTube)

The U.N. High Commissioner for Human Rights also questioned the arrest of Father Swamy as well as the human rights record of India. Michelle Bachelet issued a statement Oct. 20 urging the Indian government to safeguard the rights of human rights defenders and nongovernmental organizations.

“More than 1,500 people have reportedly been arrested in relation to the protests, with many charged under the Unlawful Activities Prevention Act, a law which has also been widely criticized for its lack of conformity with international human rights standards”, the statement said.

“Most recently, the 83-year-old Catholic priest Stan Swamy, a long-standing activist engaged in defending the rights of marginalized groups, was charged and reportedly remains in detention, despite his poor health,” it said.

Bachelet urged the Indian government to ensure that “no one else is detained for exercising their rights to freedom of expression and peaceful assembly — and to do its utmost, in law and policy, to protect India’s robust civil society.”

The Indian government, however, strongly reacted to the statement, saying violations of the law cannot be condoned under the pretext of human rights and that a more informed view of the matter was expected of the U.N. body.

Meanwhile, protests continued in many parts of the country urging the government to release Father Swamy and others being held.

This story was originally published by UCA News and can be found at:  https://www.ucanews.com/news/opposition-un-slam-arrest-of-eldelry-jesuit-priest/89999#

Feature image: Jesuit Father Stan Swamy, 83, pictured in a screenshot from video, who has worked for tribal rights in India, was arrested Oct. 8, 2020. Major opposition parties in India and a United Nations official sought the release of backed the priest who was jailed for alleged charges of sedition and links with Maoist rebels. (CNS screenshot/YouTube)