Ruling could open the way for 60,000 young people stuck in limbo

Judge Paul W. Grimm of the U.S. District Court for the District of Maryland said his order “restores the DACA policy to its pre-Sept. 5, 2017, status,” referring to the day the Trump administration announced it would rescind the program.

The federal court’s decision came four weeks after Supreme Court ruled in June that the Deferred Action for Childhood Arrivals program could stay in place, but not much has happened since that ruling.

In the weeks since the June 18 ruling, President Donald Trump has been expected to re-file paperwork that would start the process of dismantling the program according to the high court’s requirements, but that hasn’t happened. The administration also missed the July 16 deadline to file for a rehearing on the DACA ruling.

But also since the court decision, the Trump administration has not accepted any new DACA applications and has only processed renewal applications, leaving eligible participants to wait for the government to open up the process. It also has not acted on DACA advance parole, which is an application to allow DACA recipients to travel outside the United States and return lawfully.

Attorneys for Catholic Legal Immigration Network Inc., known as CLINIC, have said that about 60,000 young people over age 15 would now qualify for DACA status and should work on getting their paperwork together and seeking legal advice about the program. 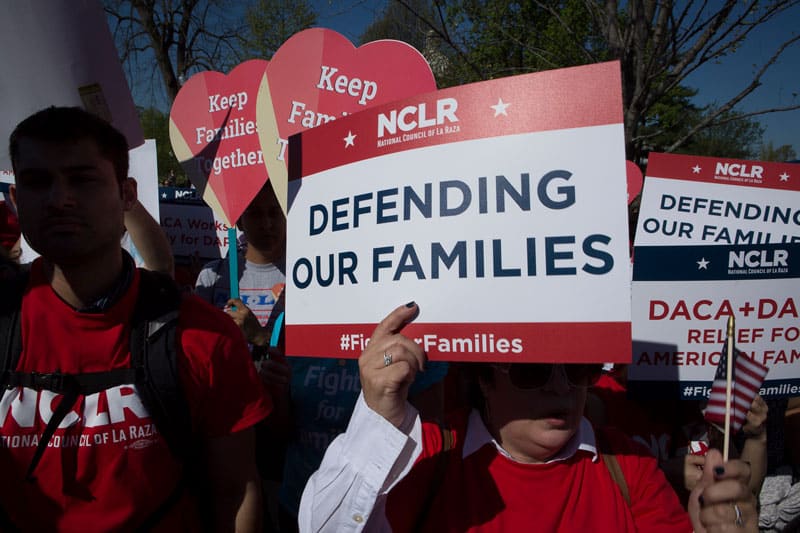 DACA was created by President Barack Obama in a 2012 executive order, and Trump signed an executive order five years later to end it. The program has enabled 700,000 qualifying young people, brought to the U.S. as children by their parents without legal documentation, to work, go to college and get health insurance without the threat of deportation.

Immigration advocates have urged DACA supporters to push the Senate for legislation that would give DACA recipients, known as Dreamers, and those with Temporary Protected Status, or TPS, a path toward citizenship, passed by the House last year in the Dream and Promise Act. 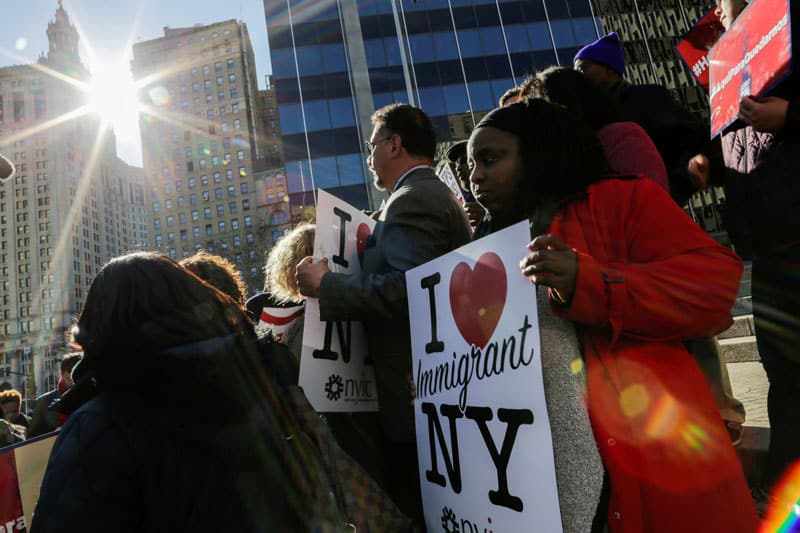 “DACA recipients and TPS holders are building their lives in this country. They have careers, families and businesses here,” said Rep. Pete Aguilar, D-California, who sponsored the amendment.

“They’re first responders on the front lines of this pandemic and are helping to keep our country and economy moving forward in a moment of crisis. This amendment simply codifies what we already know to be true, that their home is here,” he added.

Rep. Will Hurd, R-Texas, the amendment’s co-sponsor, said that although the legislation was needed to ensure that DACA and TPS recipients could not be denied work authorizations, Congress needs to come up with a “permanent legislative solution.”

For the Senate’s part, 33 Democratic senators, led by Sens. Kamala Harris of California and Dick Durbin of Illinois, wrote to the acting Homeland Security secretary July 16 demanding the department “immediately comply” with the Supreme Court’s DACA ruling and “fully reinstate” the program’s protections.

“Congress and the American people have not received any information regarding your agency’s compliance with the court’s holding,” the letter said, adding that it is “unclear what steps, if any,” U.S. Citizenship and Immigration Services has taken to implement the court’s decision

“The Roberts decision requires your immediate compliance. We await your prompt assurance that you will respect the court’s decision and reopen DACA for all eligible applicants,” the senators said.

A similar message was tweeted by the National Immigration Law Center July 16, pointing out the Supreme Court had restored DACA and a majority of Americans support protecting it, but the Trump administration has been “dragging its feet instead of following the law, rejecting initial applications” for DACA applicants.

It also said Trump’s threats to end DACA “and his administration’s refusal to follow the law has sowed uncertainty among immigrant youth, at a time when tensions are already high” as the number of COVID-19 cases increase.

Featured image: Demonstrators in San Diego rally in support of the Deferred Action for Childhood Arrivals program June 18, 2020. In one of the most anticipated cases of the term, the Supreme Court ruled that same day against efforts by the Trump administration to end DACA. (CNS photo/Mike Blake, Reuters)