The Mission of the Magdalene 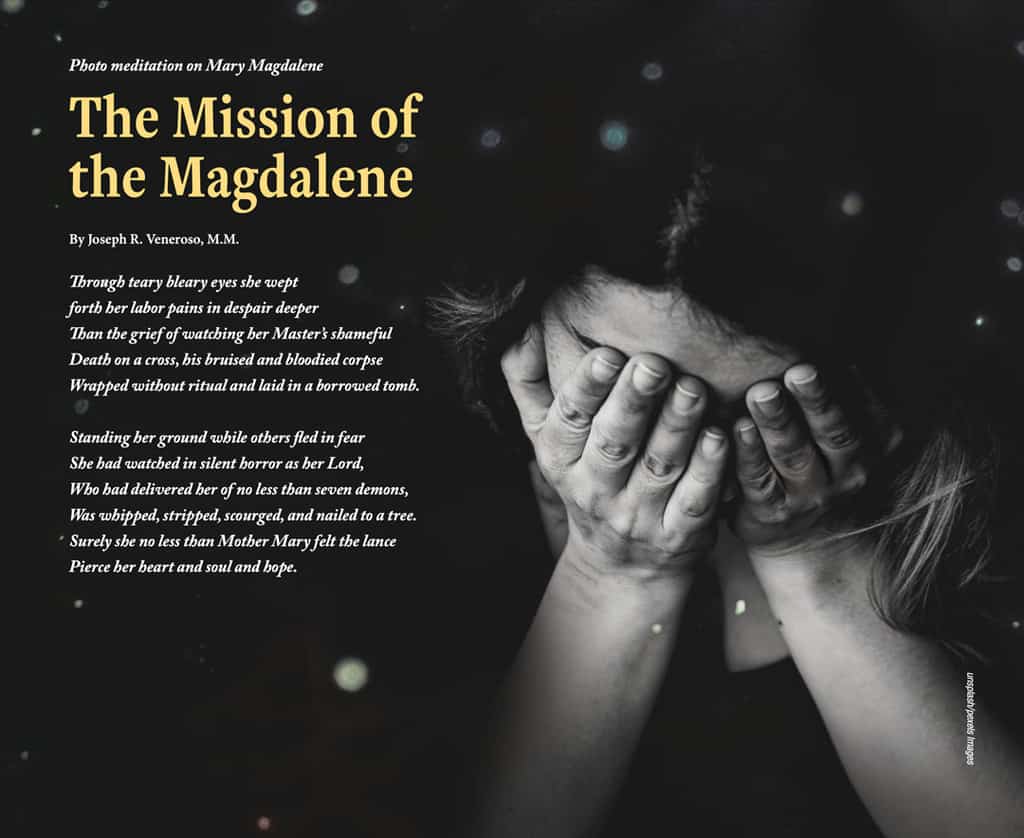 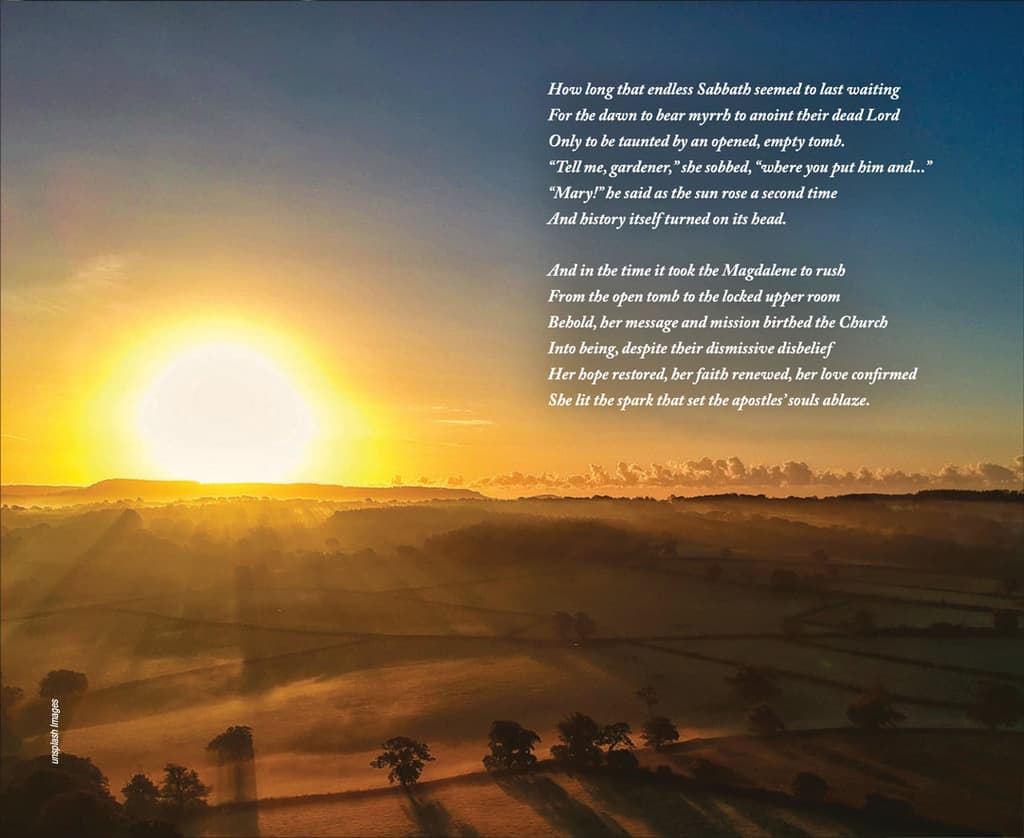 The Mission of the Magdalene
By Joseph R. Veneroso, M.M.

Through teary bleary eyes she wept
forth her labor pains in despair deeper
Than the grief of watching her Master’s shameful
Death on a cross, his bruised and bloodied corpse
Wrapped without ritual and laid in a borrowed tomb.

Standing her ground while others fled in fear
She had watched in silent horror as her Lord,
Who had delivered her of no less than seven demons,
Was whipped, stripped, scourged, and nailed to a tree.
Surely she no less than Mother Mary felt the lance
Pierce her heart and soul and hope.

How long that endless Sabbath seemed to last waiting
For the dawn to bear myrrh to anoint their dead Lord
Only to be taunted by an opened, empty tomb.
“ Tell me, gardener,” she sobbed, “where you put him and…”
“Mary!” he said as the sun rose a second time

And history itself turned on its head.
And in the time it took the Magdalene to rush
From the open tomb to the locked upper room
Behold, her message and mission birthed the Church
Into being, despite their dismissive disbelief
Her hope restored, her faith renewed, her love confirmed
She lit the spark that set the apostles’ souls ablaze.