Members of the Maryknoll Young Adult Empowerment Community of Los Angeles witnessed first-hand the realities for migrants at the U.S./Mexico border this past summer. The Young Adult Empowerment group (YAE) took a weekend immersion/service trip in July to the border city of Mexicali, just across the border from Calexico, California. We partnered with Border Compassion, a non-profit that invites faith communities to offer a humanitarian response to migrant families.

As we stepped out of our air-conditioned car, the heat was overpowering. We arrived to Calexico well past sunset — but it was still over 110 degrees. That day the temperature had reached 117 degrees.

We spent most of our time across the border in Mexicali at the Cobina Posada del Migrante, which houses about 140 migrants.

Conditions at the shelter are rudimentary: an outdoor kitchen, limited refrigeration, and no air conditioning. We organized some water games so the children could escape the heat. Yet, it did not escape us that this scorching heat is the reality migrants live with daily. And we learned that this summer alone, there had been 21 deaths from heat-related causes in this border city alone.

Modesto Leon, a seasoned volunteer at Border Compassion, told us how for years, he left water to aid those crossing the border in the cruel summer heat. Water stations are marked, he explained, with 20-foot tall, colorful flags that can be easily seen in the desert. One day, Modesto ran into someone who shared his story of being lost in the desert and without water for many hours — until he saw the colorful flag. The man told Modesto that he and his fellow travelers each took only one gallon of water, leaving the other jugs in case someone else needed it.

During our visit to the shelter, we tried to use our skills to alleviate the residents’ burdens and worries. For a time, the heat receded into the background.

My wife, Elizabeth, led a guided painting activity for children and adults — a first for many of the adults.

Estefani Crisostomo, one of our YAE community members who is a family and marriage therapist, talked with the children about their feelings. Through an art project, the children at the shelter drew or colored a representation of their emotional barriers. Despite the difficulties they portrayed, Estefani said, she was moved by the joy she saw in the children.

Estefani also chatted with women at the shelter, hearing their stories. One of them asked for directions to the nearest church.

The Los Angeles young adults undertook the immersion/service as a way to conclude our two-year formation program. Part of Maryknoll’s YAE formation asks young adults to go deeper than serving people’s immediate needs. We ask them to analyze the root causes of social ills through power mapping and identifying causal networks.

Before our border trip, we discussed why migrants seeking asylum have been in a state of limbo for so long. Many were denied the ability to apply for asylum because of policies such as Migrant Protection Protocols, which force asylum seekers to wait in Mexico while pursuing their cases, or Title 42, a pandemic-era measure that led to the expulsion of countless migrants, many of whom were unable to return home.

In our group reflections, we discussed the inhumanity that many migrants suffer. Having first-hand experiences and being eye witnesses of the consequences of these U.S. policies, the young adults said, makes them better informed and more effective advocates back home.

We concluded the trip by preparing breakfast on Sunday morning at the shelter. The group also distributed donations of clothing and toys to the community. Every child received something.

Together, we prayed: “As we reflect upon the difficult journey that the Holy Family faced as refugees in Egypt, help us to remember the suffering of all migrant families.”

Featured image: Young adults from the YAE community of Los Angeles, Jaime Perez and Heidi Villaluz, prepare breakfast at a Mexicali shelter at the end of an immersion/service trip to the border. (Courtesy of Ray Almanza/Mexico) 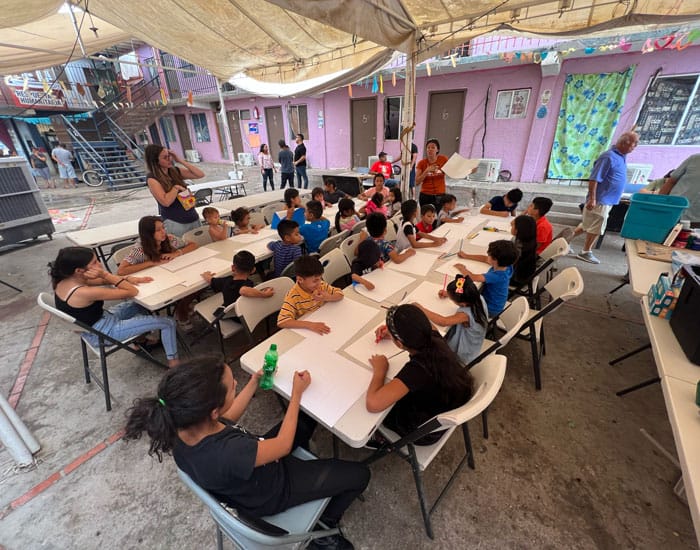 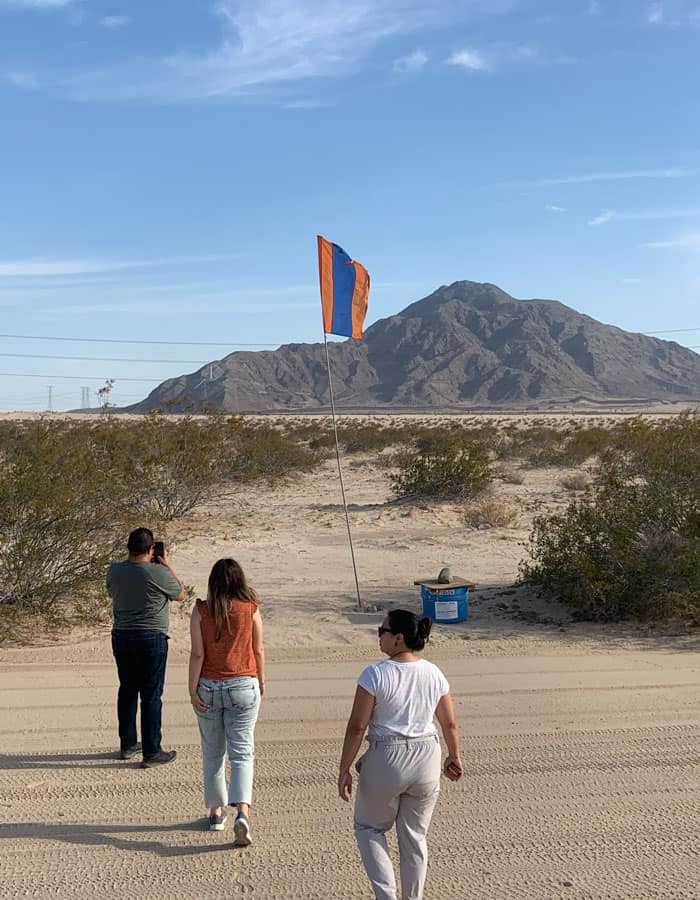 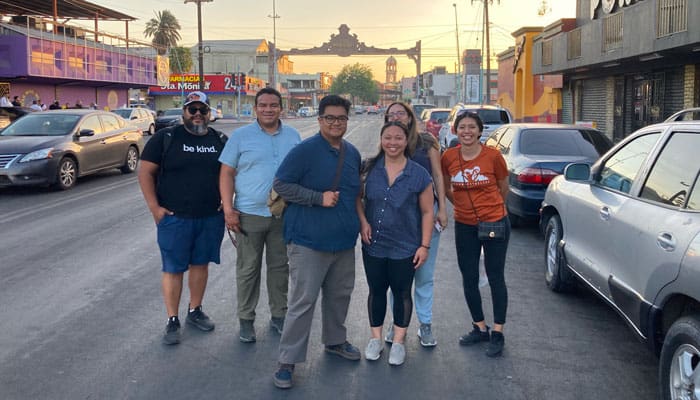 Click on the arrows to see the slideshow photos:
Scenes from the Los Angeles Young Adult Empowerment Community immersion/service trip to the border city of Mexicali:

1) Estefani Crisostomo (orange shirt), a family and marriage therapist, led children at the shelters through an art project to explore emotional barriers. (Courtesy of Maryknoll YAE/Mexico)
2) The young adults arrived at a water station for migrants in the desert marked by a tall, colorful flag, outside of Calexico off California State Route 98. (Courtesy of Nelson Villaluz via YAE/U.S.)
3) Members of the Los Angeles YAE community undertook the immersion/service trip as a culmination of Maryknoll’s two-year accompaniment program. (Courtesy of Heidi Villaluz via YAE/U.S.)

Ray Almanza, who earned master’s degrees in both philosophy and pastoral theology, serves the Southern California region as a Maryknoll mission educator/promoter. He leads the Maryknoll YAE community in Los Angeles.