Our theme of “Good News” for the 2021 Maryknoll Student Essay Contest was based on a simple observation: the world seems full of “bad news” stories showing the worst of humanity. But there are many people making the world a better place. Students were asked to write an essay sharing a “good news” story from their own lives and explain how it reflects the Good News message of Jesus.

We received essays from all over the country, from young writers competing in two divisions (grades 6–8 and grades 9–12). Following are the winning essays.

Everyone has a toothbrush, right? Actually, that is not true. There are people in our own communities who do not have all the things we need to live. I realized this when talking to the vice principal of a school in my own community. She told me the story of a little girl who was not able to brush her teeth at home because her house only had one toothbrush, which was for her mom. This made me stop and think, and then make a difference.

My goal is to have everyone feel equal, no matter their size, age or skin color. I was only in fifth grade when I decided to take the first step in making a difference. I heard more stories of families and children who did not have the necessary means to live a healthy, safe life at home. There was a family with four children who all had to share the same clothes. One day, the oldest wore a shirt to school and spilled spaghetti sauce on it. The next day, her sister was wearing the same shirt, still with a spaghetti stain. The family could not afford to wash their clothes every day and had to save water and money on detergent.

These stories made my heart ache for something more for these families. I realize I am very blessed, and it is sad to know that some do not even have enough food to keep their bellies full or soap to be clean. Jesus lived His life selflessly, making sure everyone felt loved and putting everyone before Himself. More “good news” will spread as more people follow in the steps of Christ. I decided to walk like Jesus and make a difference. Every person has a heart, and God gave us the choice to open it to others. I chose to open mine to these students at Allen Elementary.

I started by writing a grant proposal for $2,500 to The Junior League. I was awarded the grant and then worked with my family, friends and school to collect supplies. My project was called “Totes of Kindness.” The project started with acquiring a few basic supplies for a few families, but because of all the support, we helped over 50 families. Each received a large plastic tote full of food, toiletries, books, socks, cleaning supplies, grocery store gift cards and more. I chose to purchase totes for each family because they provided them with an airtight container to pack belongings for a move. Many families would have to move from place to place frequently and would often use garbage bags for their belongings.

After all supplies were collected, volunteers worked together to assemble the totes. It was amazing to see how many people stepped up to help. We made sure every tote had all the supplies and packed them into a truck to be delivered to Allen Elementary. Arriving at the school, we met the vice principal and guidance counselor.

As we opened the back door of the truck that contained the totes, I glanced at the guidance counselor and watched as tears slid down her face. She hugged me and said how much it meant to her that someone as young as myself had the heart and determination to help so many families. Families that would not have otherwise had dinner that evening or detergent for their laundry. My heart filled with joy at the appreciation I received and knowing these totes made such a big impact. In that moment I felt a warm feeling, light shining inside my heart. I realized that was the love of Jesus.

There are so many stories in the news about harm, destruction, devastation and just the worst of humanity. But once in a while you will hear a glimpse of good. This story did start with sadness but ended with joy, positivity and a spark to change our community for the better. There are people out there living as Jesus did, working hard to make the world a better place. We must believe there is hope. Every person has a heart, and God gave us the choice to open it to others. As a Christian, I try my best to open my heart and love as Jesus did, hopefully inspiring others as He inspired me. 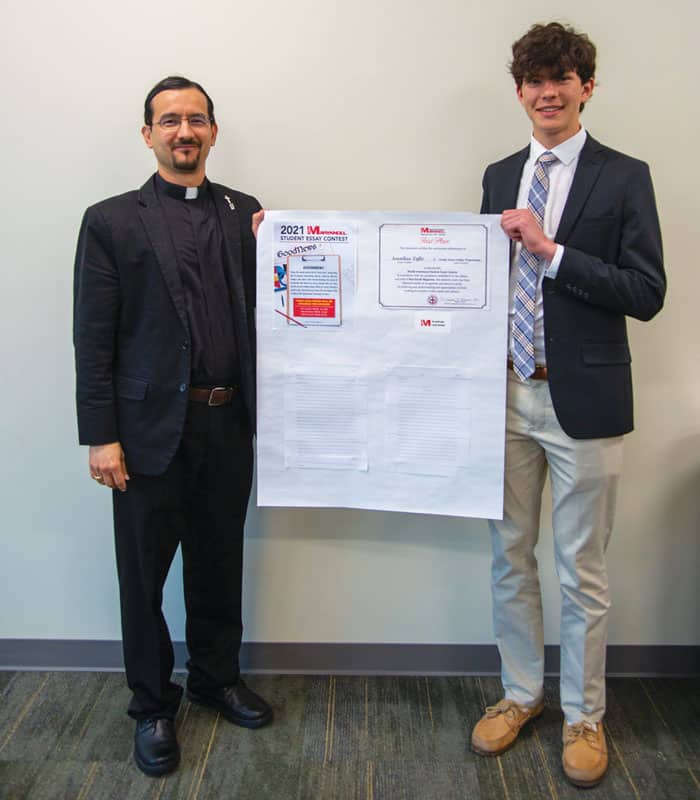 A random number eagerly buzzed on my phone. I almost never pick up when faced with an unknown caller. This time was different. Just a few weeks prior, I decided to expand my lawn mowing business to occupy my expanded free time in the summer. With low expectations, I had posted an advertisement on our neighborhood website. To my surprise, I received several calls, and I mowed several new lawns, but none were jobs I wanted to keep. This time was different.

I picked up the phone and a man introduced himself as Hector. He asked whether I drove a large pickup truck and if I used a large commercial mower. I answered no to both, caught off guard by these strange, unexpected questions. Confused, I cordially told the man I would meet him in an hour to check out his yard. I proceeded with caution as I arrived in an unfamiliar neighborhood, at a house with tall grass, jungly flowerbeds, a collage of Texas license plates spelling out “Hector Jr.‘s Place” tacked to the trunk of a massive pin oak. I had a bad feeling about this yard. This time would be different, I worried.

Hector welcomed me into his backyard, which was no less unruly than the front. He was an endearing older man, despite his sweat-soaked shirt, his overworked back and his badly bruised face. He pointed out some of his handiwork: the bench swing, the patio, the fire pit, and told me how he loved working outdoors, but his recent fall prompted his wife to keep him indoors.

Hector explained to me how he liked the grass cut at the highest setting on my mower, how the backyard needed to be cut every two weeks, whereas the front needed to be cut every three weeks, and asked for a price. I suggested what I felt to be fair. He proposed twice that price. Caught off guard again, I graciously accepted, shook his hand, and headed home. This job would be different. I continued mowing his yard every so often, chatting briefly with Hector each time I mowed.

One Friday, I was pressed for time, and briskly mowed. Just as I was blowing the last leaves away, Hector motioned for me to come over. He wanted to show me something. I needed to go and I tried crafting respectful departing words, but something told me to stay. He gingerly pulled out of his wallet a picture of a young man, one who radiated strength out of both his biceps and his smile. He gestured toward the placard with the picture. “This is my son, Hector Jr.,” Hector Sr. said.

With a proud, yet melancholic tone he explained how his son joined the army, how he was deployed in Afghanistan, and how he said he was fine when he came back. He honored his son’s character, describing to me how Hector Jr. always stood up for what was right, and was never afraid to challenge something or someone who was doing wrong.

Hector paused, looked at me, looked back at the picture in his wallet and between tears told me how Hector Jr. was not fine; he had taken his own life. My heart sank. I thanked Hector, thanked him for telling me, thanked him for raising such a remarkable man and thanked him for his son’s service. I gave him a hug and promised him to make the yard, especially Hector Jr.‘s place, look as good as possible. With a smile, Hector thanked me.

That time truly was different. I now shared some sorrow with Hector Sr., hoping that by mowing, by mowing well, by mowing with love, I could in some way ease Hector‘s loss, ease Hector‘s pain. By listening to his story, and by being determined to honor the memory of his son, I put a smile on Hector‘s face. Just as Jesus offers comfort to the mourning, in a small, seemingly insignificant moment, I too was able to offer consolation to Hector. I pray that by helping Hector to carry the weight of his grief, I make his yoke even just a little easier, and his burden just a little lighter. 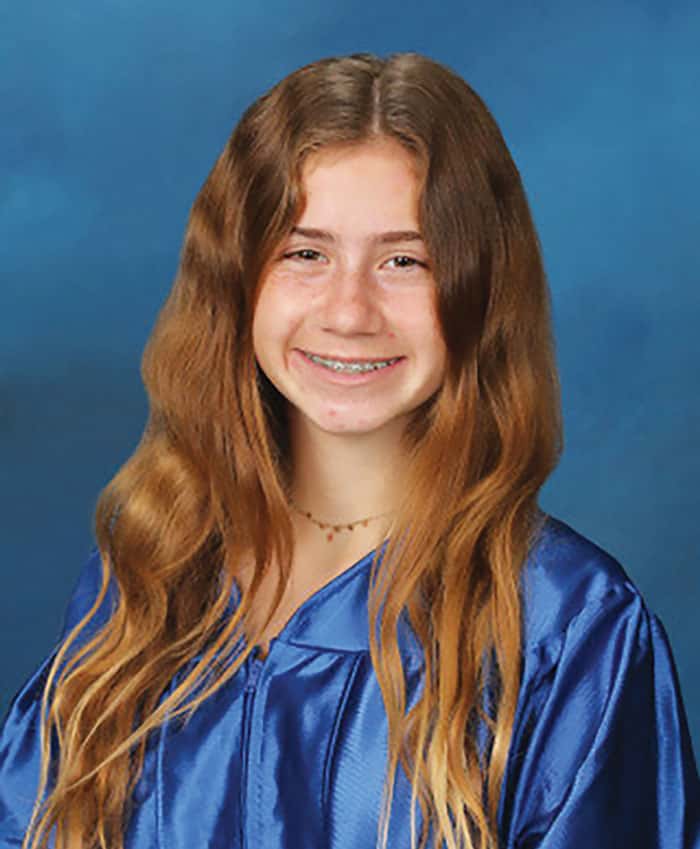 Riley’s “Poor in Heart” gives a deeply personal testimony about the loss of a parent — and the overwhelming support Riley received from teachers, relatives, friends and even strangers. Riley writes, “Through their love, I was able to recognize the love of God.” The experience taught Riley empathy and compassion: “When I was broken and hurting, I was given a glimpse of the beautify of salvation. Now, I want to pass on this good news to others who may be hurting, too.” 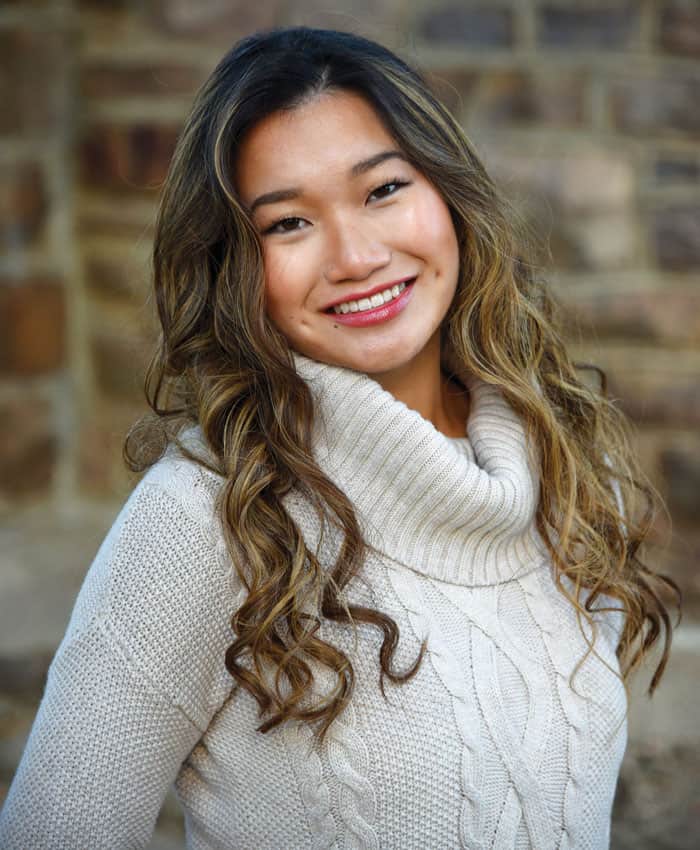 “A baby girl, nestled in a basket, arrived on the steps of a hospital in Hunan, China,” Julie begins. She then reveals, “I was that baby girl!” The “bad news” she relays is the real pressure at that time in China to abort babies. The “good news” is that Julie was adopted from an orphanage by loving parents — the answer to their prayers. “Sharing the Good News: Pass It On” concludes with Jesus’ message: “all people are worthy of love, and love is his gift to us.” 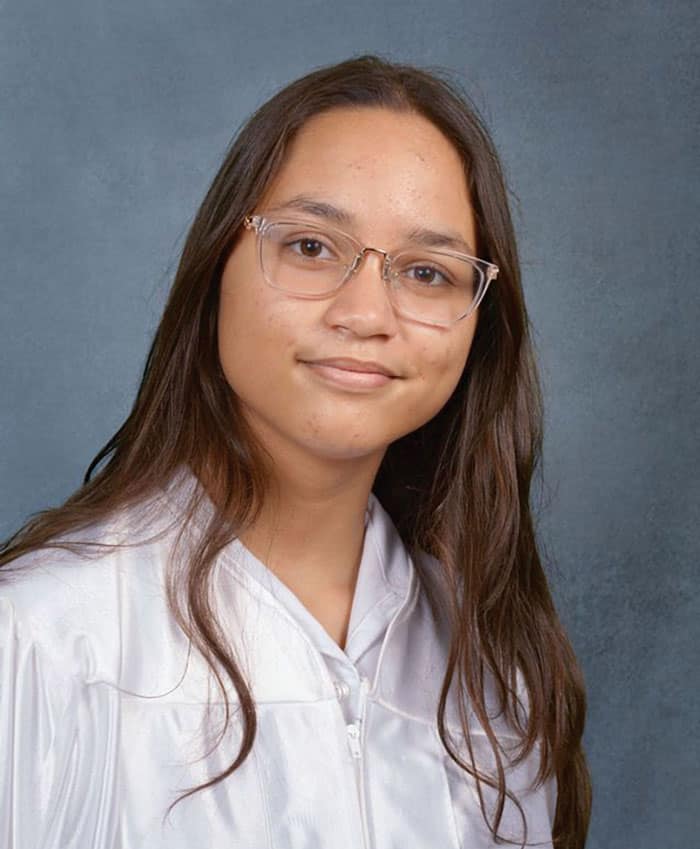 In “My Everyday Hero,” Ava writes about a role model in her life for sharing good news: her stepmother, Tessa, who is active in a human trafficking task force. Ava reports, “She works comforting the wounded and helping them get through their trauma.” Through Tessa’s work, Ava has learned about the issue of human trafficking — but also that “God works in amazing and mysterious ways. He can turn trauma and suffering into a way to become stronger.” 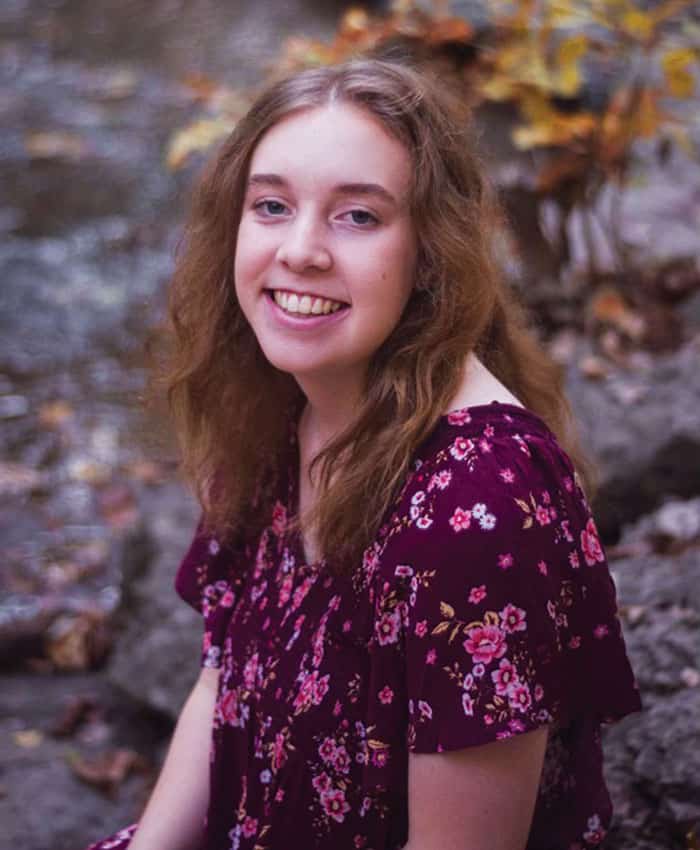 Clare takes us from a conversation at her family’s dinner table to the Stephen Center, a shelter for homeless and addicted people. In “Peace and Joy in a Broken World,” she introduces us to Robert, a young man with tattoos and a long beard who is also volunteering. As Clare observes his warm care of others — and learns his story of recovery — she reflects on the “good news” of service: “spending one evening serving meals instead of watching a movie can impact other people.”

To learn about the Maryknoll sisters who,  with other volunteers, read the essay entries, see The Power of Youth.