Something that we often take for granted is the right to exist in the eyes of society. This has been a recurring theme in my ministry. In El Salvador, there are still people living at the margins who were never registered and have not been able to get birth certificates. In the eyes of the government, they do not exist and they are not able to go to school, have formal employment, get married or do many other ordinary activities that require documents.

Young people without documents face many challenges and lack many opportunities. They usually have few economic resources to help them resolve their problem and are intimidated by the legal process to get their documents. They continue to feel like they have no power and become more and more marginalized.

When I first arrived in 2008, one of the first families that I started to work with was dealing with this problem; three of the kids did not have birth certificates. The children lived with their single mother in a small one-room shack built with laminated tin. The mother could not read or write and had very few means of supporting her children. None of the kids had gone to school or was able to read or write.

The local community organization, the Foundation for Development and Solidarity Castulo Antonio (Fundación para El Desarrollo y La Solidaridad Castulo Antonio, FUDESCA), was able to help them get birth certificates so they would be able to go to school. I quickly became close with the youngest son, Jorge. Jorge was 12 years old and full of energy, but even after getting his documents, he was intimidated to start first grade at his age. He didn’t have much support and spent most of his time in the streets. He hadn’t been part of society for so long that it was hard for him to adjust to going to school.

With support from local community members, we were able to help Jorge go to first grade and learn to read and write. Once he attended school, he became a new person and had so much more confidence. Today he is 26 years old and is able to have a formal job. The ability to read and write has changed his life. 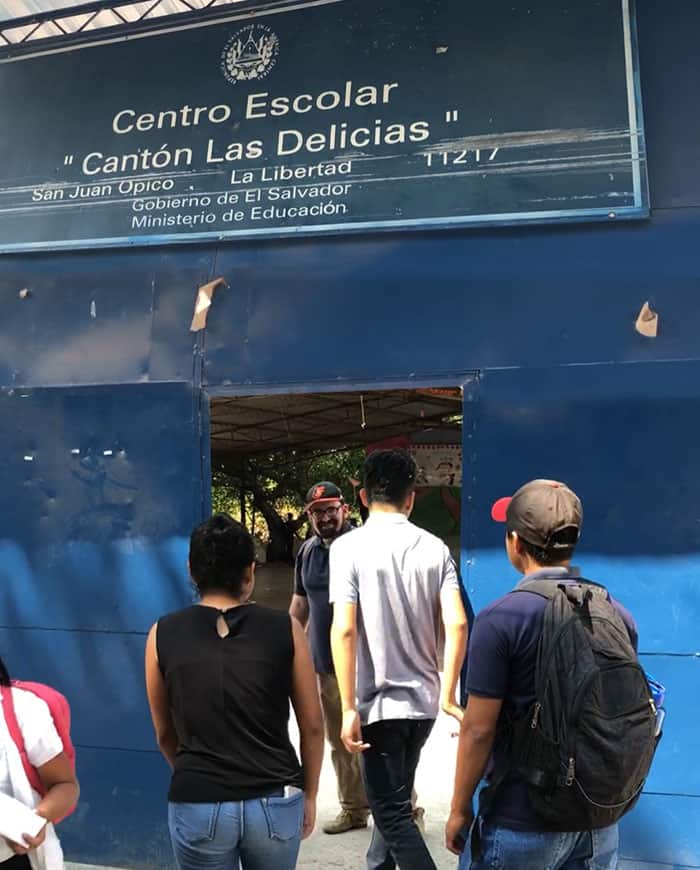 Years later, we had another young man in our program who was not able to go to high school or get baptized in the church because the government could not find his birth certificate. His parents knew that they had registered him, but they could not find it in the city hall records. He was very frustrated and felt isolated because he was not able to participate in normal civil activities without his documents. It was like he didn’t exist.

We were able to help him and figured out that the government had his birth certificate but with a different first name. Once he got his documents, he legally had a new first name but was able to continue on with his life. He went to high school and also gave me the honor of being his godfather at his baptism. He now has a wife and child and would not have been able to live his life if they had not found his documents.

This year, 14 years after helping Jorge, we are working with a family that is in a very similar situation. The son is 13 years old and has never been in school because of his legal situation. The family has started the long process of getting the legal documents for their children, and we were able to enroll two of their kids into first grade. I was so touched by the look on the 13-year-old’s face when he found out that he would finally be able to go to school and have the same opportunities as his friends.

Families living at the margins have so many obstacles to succeeding in life, but they want to give their children opportunities to create a better life. It’s so inspiring to have work with young people like Jorge who keep on fighting for more opportunities and a world where everyone has the right to exist in the eyes of society.

Larry Parr from Baltimore, Md., has served as a Maryknoll lay missioner in El Salvador since 2008.