Bishop says Óscar Romero encountered opposition in his prophetic journey, but his sainthood proves that God’s truth is eventually revealed.

CHALATENANGO, El Salvador (CNS) — In the Church, we often live with drama. We would like the Holy Spirit to guide us from point A to point B and take us through the world without complications.

We feel hurt by some events and come to question decisions made by leaders, expressing disappointment to the point of indignation. We often forget that the present moment is not the last and that our Lord is the God of history.

Our finite reality cannot see how God will make the truth prevail. But in El Salvador, as we mark the feast of our first saint March 24, his journey toward sainthood shows us how God never abandons us, nor the truth.

Many of our martyrs suffered defamation in life. Some died as Jesus did — as people with whom others didn’t want to be associated. But it was the Lord himself who made sure the truth about them would be known so that one day we would sing in unison with the psalmist: “Those who sow in tears will reap with cries of joy.”

This is the experience of St. Óscar Romero.

The 1980s, for us in El Salvador, was a decade of suffering for the Church. As the changes produced by the Second Vatican Council began to settle, they did so with confrontation and sometimes defamation.

In the history of our church in El Salvador, an Argentine, Bishop Antonio Quarracino of Avellananeda, unintentionally played a part in the life of our saint, who was then the archbishop of San Salvador. 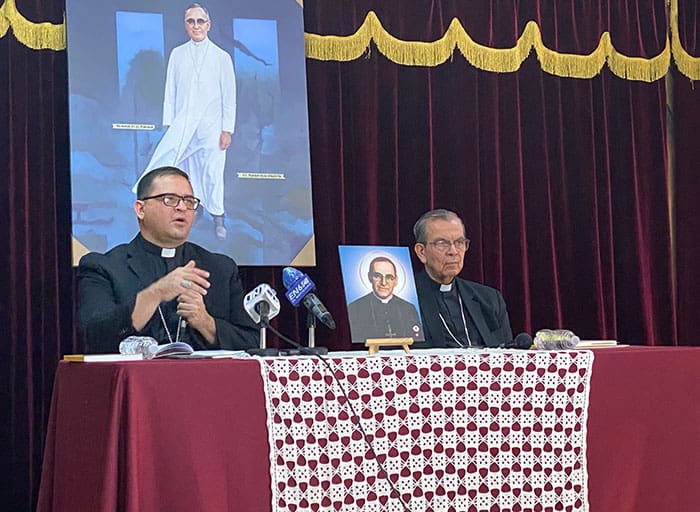 St. John Paul II, who was not always provided correct information about what was happening in the Salvadoran Church, in 1978 sent Bishop Quarracino on an apostolic visitation to examine the pastoral work of Archbishop Romero. Accusations against the prophet and martyr were abundant. Some appeared in newspapers. Some reached the Vatican through government authorities and by the denunciations of his brother bishops.

Bishop Quarracino spent a week in El Salvador, back then a hotbed of social movements advocating for change in an unjust system. The official propaganda machine called all these groups “communist.” The truth is that there was a wide range of movements. A few, but by no means all, were linked to insurrectionist movements that promoted armed struggle.

Bishop Quarracino, in my opinion, failed to understand all the social problems taking place El Salvador. The country of his birth was going through similar changes but in a different way.

Before the apostolic visit ended, St. Romero had expressed in his diary optimism about the visit, saying “it seems to me to be very positive, so far.”

He narrated the end of the visit, which took place when opposition against him was building up, particularly among his brother bishops. With the exception of Bishop Arturo Rivera Damas, most were in complete disagreement with the archbishop’s pastoral initiatives and tried to remove their seminarians from the Archdiocese’s San José de la Montaña Seminary.

The visitation was not favorable.

Although many had good things to say about the archbishop, the conclusion of the Argentine bishop was that St. Romero was inciting a rebellion. Bishop Quarracino recommended an apostolic administrator “Sede Plena” be appointed. In other words, the Vatican should directly intervene in the archdiocese.

More than 10 years later, Bishop Quarracino would become archbishop of Buenos Aires in 1990, where he met a former Jesuit provincial. His name was Father Jorge Bergoglio. 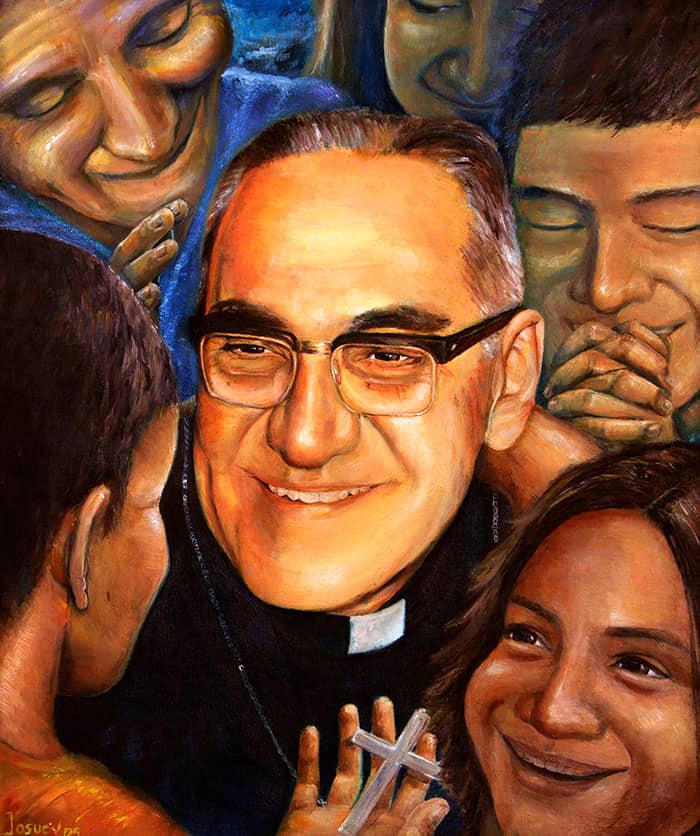 A mural of St. Óscar Romero is pictured in a 2015 file photo. (CNS photo/Octavio Duran)

Archbishop Quarracino was dazzled by the personality of Father Bergoglio and thought of him as a future bishop, but the Argentine bishops’ conference objected, so he took it upon himself to speak directly to Pope John Paul II about the matter. The pope agreed and made Father Bergoglio auxiliary bishop of Buenos Aires. When Archbishop Quarracino resigned as archbishop due to the age limit, no one believed Bishop Bergoglio would succeed him. But against all odds, he was elected as his successor in Buenos Aires.

In one of those turns that only the divine can orchestrate, Bishop Quarracino, who provided the Vatican with a negative review of Romero, played a role in the path that would lead Father Bergoglio to become a bishop and eventually Pope Francis — the pontiff who canonized St. Romero.

We’re often suspended in a single moment in time and forget to see the horizon. We forget that the spirit of God, as in the case of St. Romero, always leads us to the truth.

I remembered this when, along with other Central American bishops, I was part of a group that met with Pope Francis during World Youth Day in 2019 in Panama. In his simple and direct manner, Pope Francis spoke of the slander against St. Romero, when his name was “a bad word,” and he was “suspected, excommunicated by the secretive gossip of many bishops.”

I believe the Spirit resurrects lies and truths over time, if only to pair the lie with its author and to honorably illuminate those who suffered defamation.

I often hear people in my diocese say, “a lie has short legs, but the truth always catches up to it.” St. Romero’s ascendance as a model to follow shows us there is great wisdom in that saying, and it reminds me a lot of what another saint, Teresa of Avila, used to say: “The truth suffers, but never dies.”

Bishop Escobar, a Discalced Carmelite, is head of the Diocese of Chalatenango, El Salvador, and has written a book about St. Oscar Romero and his pastoral experience in Chalatenango.