Spiritual sensitivity, especially to the wisdom of the elderly, would end the cruelty of war and alleviate the plight of refugees, Pope Francis says.

VATICAN CITY (CNS) — Pope Francis asked people to pray for his upcoming trip to Malta and to pray for an end to the “savage cruelty” of war.

After delivering his general audience talk in the Paul VI hall March 30, he warmly greeted a group of children from Ukraine who are receiving assistance in Italy, and members of the audience gave the children a long applause.

But, the pope said, “with this greeting to the children, let us also think again about this monstrosity of the war.”

“Let us renew our prayers that this savage cruelty that is war may end,” he said.

He also greeted the people of Malta — the Mediterranean island where St. Paul was shipwrecked and found “great humanity” and hospitality, and where, still today, the people are dedicated to welcoming so many people in search of refuge, he said. 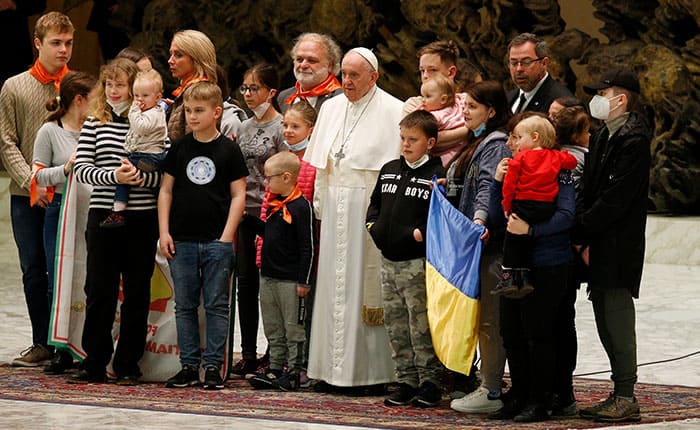 Pope Francis is pictured with Ukrainian refugees during his general audience in the Paul VI hall at the Vatican March 30, 2022. (CNS photo/Paul Haring)

The pope’s trip to Malta April 2-3 will be a chance to “go to the source of the proclamation of the Gospel, to get to know firsthand a Christian community” that has such a long history and is so active and alive, he said.

In his main audience talk, the pope continued his series of talks dedicated to the meaning and value of “old age,” and the importance of maintaining a sense of “spiritual sensitivity.”

“Today we need this more than ever: an old age gifted with lively spiritual senses capable of recognizing the signs of God, or rather, the sign of God, who is Jesus,” he said.

Instead, what risks happening, he said, is people do not realize when they have lost their “spiritual senses,” which can recognize the presence of God and evil and can distinguish the difference between two.

“When you lose the sense of touch or of taste, you realize it immediately,” he said. “However, you can ignore that of the soul for a long time.”

Spiritual sensitivity is about being able to feel “compassion and pity, shame and remorse, fidelity and devotion, tenderness and honor, responsibility for oneself and for others,” the pope said. 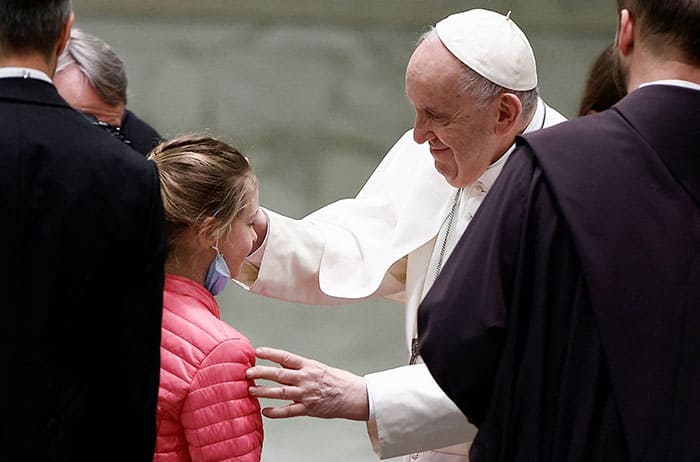 Pope Francis blesses a refugee girl who fled Russia’s invasion of Ukraine, during the weekly general audience in the Paul VI hall at the Vatican March 30, 2022. (CNS photo/Guglielmo Mangiapane, Reuters)

The “rhetoric of inclusion” that is part of any “politically correct speech” is not enough to fix what is needed for “normal coexistence,” he said. There must be a widespread “culture of social tenderness.”

For too many people, he said, the spirit of human fraternity he has been emphasizing is looked at “like a discarded garment, to be admired, but in a museum.”

If the older generation loses this spirit, “they lose the desire to live with maturity … and they live with superficiality,” not letting themselves feel and see things according to the Holy Spirit.

Being sensitive to the Spirit means accepting that one is not the protagonist, but a witness to the presence and greatness of God, he said. Those who desire to be the main attraction, the “saviors,” are not able to let God “incarnate” in their lives.

When the elderly are able to keep their “spiritual senses” sharp and alive, he said, then they are able to feel a kind of consolation that their lives have meaning and are able to share a sense of hope with younger people, he said.

“It is so important to visit older people, to listen to them, to talk to them,” to have an “exchange of civilizations” between young and old, he said.

Featured image: Pope Francis leads his general audience in the Paul VI hall at the Vatican March 30, 2022. The pope asked people to pray for his upcoming trip to Malta and to pray for an end to the “savage cruelty” of war. (CNS photo/Paul Haring) 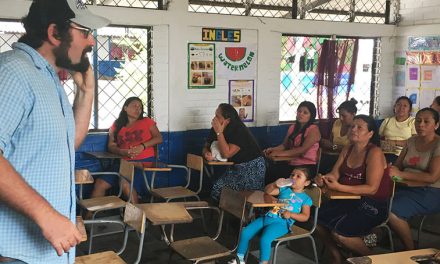 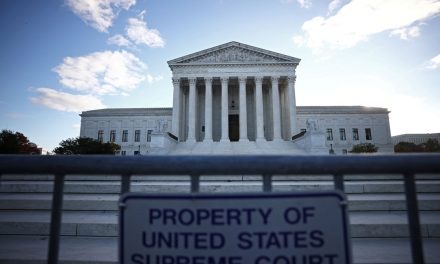 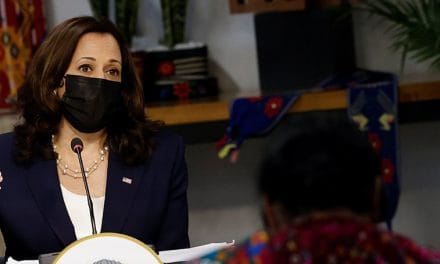 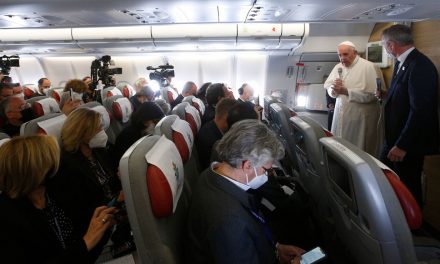