At a time when COVID-19 continues to threaten the global community, 13 men and women have chosen to leave their homes in the United States to share the Gospel as Maryknoll lay missioners overseas.

During their mission-sending ceremony last December, Robert Ellsberg, publisher of Maryknoll’s Orbis Books, reminded them why they are taking such a bold step. Referencing the biblical account of God’s call to the prophet Isaiah (6:8-9), Ellsberg said, “Your presence today is a response to a question that was at some point planted in your hearts: ‘Whom shall I send?’ and you have answered, ‘Here I am, send me!’ ”

After an eight-week orientation and the signing of a three-and-a-half-year renewable service commitment, the missioners embark on a journey where, Ellsberg assures them, they can expect to find God.

To the U.S./Mexico border
Deirdre Griffin, a Sister of St. Joseph of Springfield, Massachusetts, heard God’s call amid the pandemic, which she says has exacerbated the needs of the most vulnerable people. “More and more people have to flee their homes for safety, and to survive,” she explains. “I feel an even greater urgency now to be that radical hospitality of God at our borders.” An attorney with experience in immigration law, Sister Griffin went through a discernment process with her religious community to determine how best to use her legal skills. She is confident God will now use those skills “to alleviate some of the sufferings of our neighbors.”

To El Salvador
Liz and Bob Cunningham, from Concord, Massachusetts, have been married for 35 years and have three grown children. Bob’s inspiration for mission was his uncle, Maryknoll Father Robert Lilly, who served in South Korea. The seeds of Liz’s mission vocation were planted when she was a child reading Maryknoll magazine. Both pursued careers in development and fund raising, but, “We got the most joy out of service work,” says Liz. They are happy not to have a specific assignment in El Salvador, which, they say, “leaves open a space for prayer and discernment.”

Pittsburgh native Josh Wetmore served as a Jesuit Volunteer. Afterward, when he took a 9-to-5 job, he realized he wanted more out of life. The example of Maryknoll missioners attracted him. “They were so shaped by what they were doing,” says Wetmore, who has a degree in journalism. He was impressed that when COVID-19 struck, most Maryknollers chose to stay with the people they served. “Being in relationships,” he says, “that’s where mission starts.” 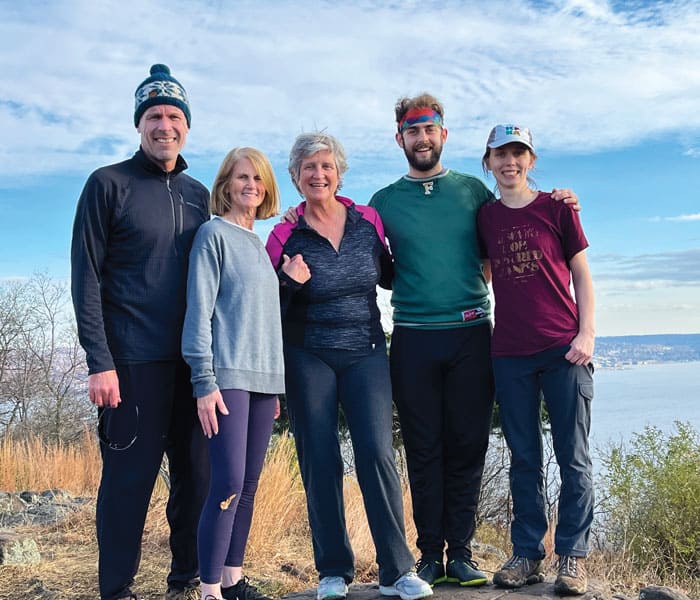 To Brazil
Kathy Kang from Cerritos, California, hopes to assist refugees in Brazil. As an immigrant who grew up in South Korea and came to the United States as a teenager, she understands the struggles of those who emigrate. Kang has worked as a computer software engineer, but says her passion is working with people. She recently spent a year in Cambodia as a Jesuit Volunteer. Having known Maryknoll “for a long time,” she has chosen to be a Maryknoll lay missioner.

To Bolivia
“Bolivia has many indigenous people, who lose their identity when they migrate to the cities to make a living,” says Victoria Arce, from Santa Maria, California. A self-described “strong Latina,” she wants to “empower people to value their roots.” After working for more than 25 years in social service, Arce says she has chosen to serve with Maryknoll Lay Missioners because of “their willingness to take people over 60!” She appreciates their orientation program, particularly the workshops on how to be respectful of other cultures, and praises the program for giving the new missioners a chance to bond. “This has become my adopted family,” she says.

Louise Locke, from Derwood, Maryland, has spent most of her career serving senior communities as a chaplain and spiritual care provider. “Now,” she says, “I am happy to meet the abuelas (grandmothers) in Bolivia!” She wants to work in the poorest communities. She appreciates that Maryknoll Lay Missioners works to match a missioner’s skill set with the needs of a particular country. “I feel much more prepared after orientation,” she says. 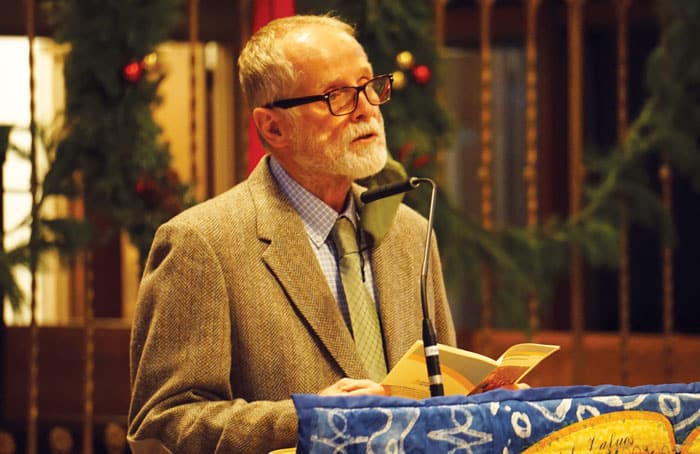 At the mission-sending ceremony, Francis Wayne, who previously served as a Maryknoll lay missioner in Kenya and is reassigned there, reads the biblical account of God’s call to Isaiah to be God’s messenger. (Patrick Norberto/U.S.)

To Kenya
Francis Wayne, this is his second contract as a Maryknoll lay missioner in Kenya. Wayne, who grew up in Kentucky and now lives in Baltimore, Maryland, is a contractor with his own home repair business. He joined Maryknoll Lay Missioners in 1993 after hearing a Maryknoll priest speak in his parish, and served in Kenya until 1996. For him the heart of mission is “connecting with God and being able to present that to others in the way I live and speak.”

Megan Hamilton, from Fayetteville, West Virginia, worked for over 40 years in the African diaspora in Baltimore. She has served in Jamaica with the Franciscan Mission Service and in Albania with the Peace Corps. These experiences, she says, have taught her that “people want to learn from each other.“ The attitude of a missioner, she adds, must be to learn from the community and see how you can serve.  She appreciates Maryknoll Lay Missioners’ renewable commitment. “It gives us the opportunity to stay as long as we can be of service,” she says.

Susan Feeney, a tax lawyer from Skillman, New Jersey, came to Maryknoll because she wanted to live her faith 24/7. “Balancing a professional career with my faith didn’t always mesh,” she says. On a pilgrimage to the Holy Land, she committed herself to mission. A Maryknoll Lay Missioner-sponsored Friends Across Borders trip to Tanzania solidified her commitment. During orientation, Feeney particularly valued the pastoral theological reflection, that is, reflecting on life in light of Scripture. She also felt enriched interacting with 12 other people whose ages ranged from 23 to 71. 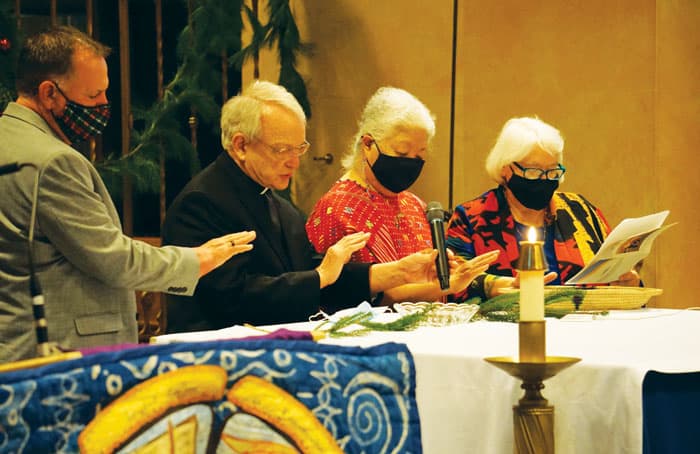 To Tanzania
Allison (Andy) Perry from Millbrook, Alabama, is a 2020 college graduate. She studied cultural geography and has had several short-term service experiences domestically and internationally. Looking for a longer-term mission experience, she turned to Maryknoll Lay Missioners. “My faith is really important to me, so a faith-based organization is what I was looking for,” says Perry, who became a Catholic in college. As for serving as a missioner during the pandemic, she says, “The world needs help now more than ever.”

Jaclyn Geyer of Tacoma, Washington, is returning to Tanzania, where she studied for four months as a college student. “I have always been interested in things abroad,” she says, “and Maryknoll came across my radar.” A convert to Catholicism, Geyer values Maryknoll Lay Missioners for giving her the opportunity to combine long-term service with faith.

Laurie Rumpf of Hopewell Junction, New York, worked for Maryknoll Lay Missioners as a major gift officer from 2014 to 2016. Participating in two Friends Across Borders trips, she says, “I was able to see what missioners do. I wanted to be like them and do the kind of work they do.” Rumpf thought about being a missioner since college but put it off to get married and raise a family. Now that her children are older, she says, “I finally have the opportunity to fulfill my lifelong dream.”