ALLOUES, WISCONSIN (CNS) — Sayed Wardak, 32, spent five years as a translator for the U.S. Army in Afghanistan. In 2016, after nearly a year of hiding from the Taliban and in fear for his life, Wardak and his wife, Sairah, immigrated to the United States.

Knowing firsthand the perils of life in Afghanistan, and the challenges of resettling in a new country, Wardak now assists newly arrived Afghan refugees as an employee of Catholic Charities of the Diocese of Green Bay.

Wardak serves part time as an interpreter. He helps refugees who speak Dari, the most widely spoken language in Afghanistan and translates Dari into English for other Catholic Charities staff members.

“I take people to the doctor, show them how to find a grocery store, help get their driving license, find jobs and legal documentation,” he told The Compass, newspaper of the Diocese of Green Bay.

When Wardak arrived in the U.S., he had limited help in making the transition into American society. Today, his work making that transition easier for fellow Afghans “means a lot to me,” he said. 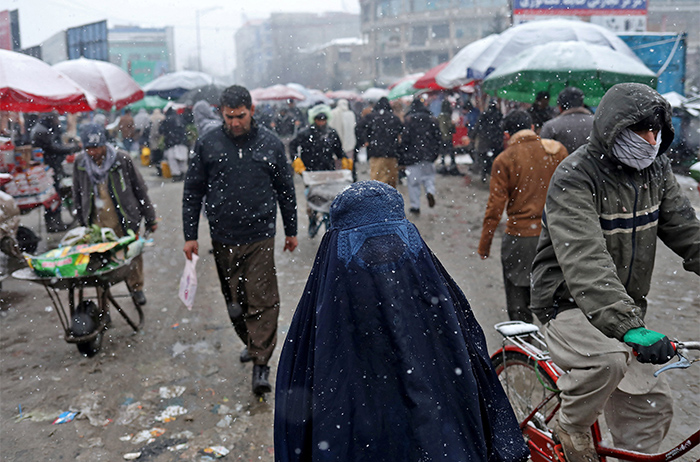 Born and raised in Afghanistan’s Baghlan province, Wardak attended the Afghan Technical Vocational Institute in Kabul to learn English. He graduated in 2011 and was hired as an interpreter for the U.S. Army’s 10th Mountain Division, serving in the Kandahar province.

His work with the U.S. military led to death threats from the Taliban.

“They wrote letters and they gave me a phone call when I was in the American base. They called and said, ‘If you don’t quit your job, you will be hurt,’” he said, of the Taliban members. “I said, ‘Even if I quit, they are not going to leave me alone.’ That’s what’s happening right now in Afghanistan. People are not in the Army anymore, but they are still individually finding them and killing them right now.”

Wardak said that’s why he went into hiding.

“I was at the Army base for three years,” he said. “I was going out, but I was far away from my hometown. Every six months, I had 15 days vacation, but I was not taking it.”

He and his wife, who married in 2014, were granted special immigration visas. They paid for their flight to the U.S. and began a new life in Green Bay, living for about a month with a cousin who now lives in Chicago.

Catholic Charities was one of the first places Wardak turned to for assistance.

“When I came here to the United States, I found out about Catholic Charities from one of my friends living in a different state. He said, ‘You go to this place, they will help you out,’” he said.

To help get settled, each refugee receives money, provided by the Migration and Refugee Services of the U.S. Conference of Catholic Bishops, for rent, food and items not covered by donations, said Tara DeGrave, Catholic Charities associate director.

When Afghan refugees began arriving in Green Bay following the U.S. military’s withdrawal from Afghanistan in August, Catholic Charities contacted Wardak. He worked first as a volunteer before being hired. 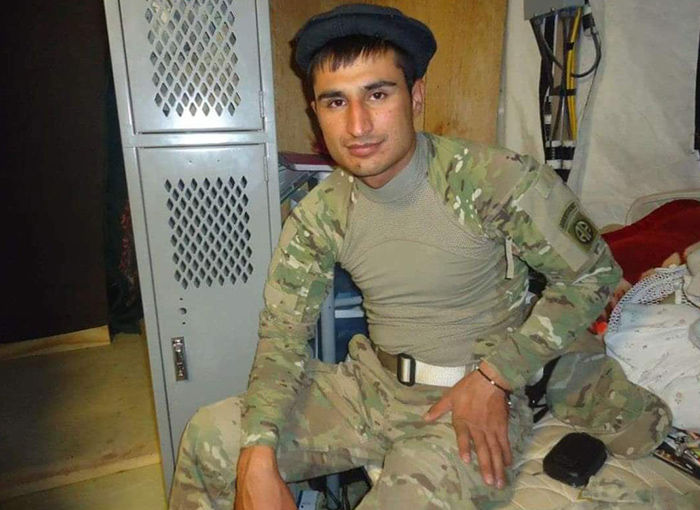 Sayed Wardak is pictured at a U.S. Army base in Afghanistan where he served as an interpreter from 2011 to 2016. After death threats from the Taliban, Wardak fled his homeland and came to the United States, settling in Green Bay, Wis. Wardak was hired as an interpreter by Catholic Charities of the Diocese of Green Bay to translate for newly arrived Afghan refugees. (CNS photo/Handout via The Compass)

Karmen Lemke, Catholic Charities director, said having Wardak as an interpreter has been invaluable.

“We are grateful to be working with Sayed, who, for many years, was a client of our refugee program,” she said. “Sayed’s story is one that we wish to emulate for our newest arrivals — a story of challenges, but now his success in our community.”

The agency has welcomed 96 Afghan refugees to Green Bay. They include single men, couples and many large families. About 30 more are expect by mid-January, Lemke said.

Wardak said adjusting to a new culture and a new home was difficult, but he is happy to enjoy a new life without fear of persecution. Since his arrival, he and Sairah have welcomed two sons, ages 2 and 15 months, and recently purchased a home. He works full time at a local cheese factory. On Dec. 21, Wardak became a U.S. citizen. His wife gained her citizenship in October.

“I am so happy I am part of America right now,” he said. “I can vote, I can select my own president. … I am safe.” He said he can also drive late at night without being afraid, but he still worries about his siblings in Afghanistan.

Wardak has two sisters and two brothers living in Afghanistan. “I don’t know how to figure some way out to get them to the United States,” he said. “I don’t know what to do.”

Wardak knows that the influx of Afghan refugees may raise questions for some people, but he encouraged them to open and accepting.

“The new arrivals, refugees from Afghanistan, they are all nice people,” he said. “They’ve been through a lot of stuff. The culture and everything is different here. I just tell the people who are reading the news to be understanding.”

Lucero is news and information manager of The Compass, the newspaper of the Diocese of Green Bay.