Through Baptism, All Christians Are United, Equal in Christ, Pope Says

VATICAN CITY (CNS) — There is no place for discrimination or divisive distinctions among people who believe in Christ, Pope Francis said during his weekly general audience.

That everyone is made new and equal in Christ overcomes all ethnic, economic and social differences, even between the two sexes, “establishing an equality between man and woman which was revolutionary at the time and which needs to be reaffirmed even today,” he said Sept. 8 to those gathered in the Paul VI audience hall at the Vatican.

“How many times we hear expressions that denigrate women,” he said, adding that even today women experience a kind of slavery in which “women do not have the same opportunities as men.”

The pope continued his series of talks on St. Paul’s Letter to the Galatians by looking at what faith in Christ brings.

With faith and baptism, people become new creatures, “clothed” with Christ and children of God in Christ, the apostle writes. “There is neither Jew nor Greek, there is neither slave nor free person, there is no male and female; for you are all one in Christ Jesus.” 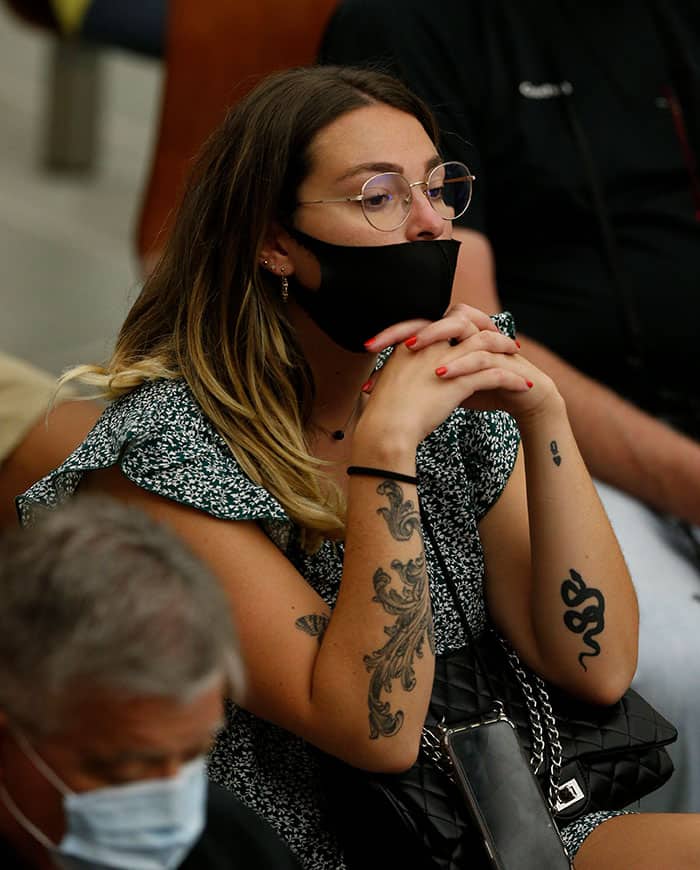 A woman with tattoos on her arms attends Pope Francis’ general audience in the Paul VI hall at the Vatican Sept. 8, 2021. (CNS photo/Paul Haring)

The pope said this shows how “baptism, therefore, is not merely an external rite. Those who receive it are transformed deep within, in their inmost being, and possess new life” with an identity that is so new “that it prevails over the differences that exist on the ethnic-religious level” and social and economic levels.

St. Paul’s teaching was “shocking” and “revolutionary” at a time when distinctions, for example, between slaves and free citizens “was vital in ancient society,” the pope said.

“By law, free citizens enjoyed all rights, while the human dignity of slaves was not even recognized,” he said.

“Equality in Christ overcomes the social differences between the two sexes, establishing an equality between man and woman,” he said, calling for a reaffirmation of this truth.

St. Paul “confirms the profound unity that exists between all the baptized, in whatever condition they are bound to, because every one of them is a new creature in Christ. Every distinction becomes secondary to the dignity of being children of God.”

Therefore, “it is decisive even for all of us today to rediscover the beauty of being children of God, to be brothers and sisters among ourselves, because we have been united in Christ, who redeemed us,” he said. 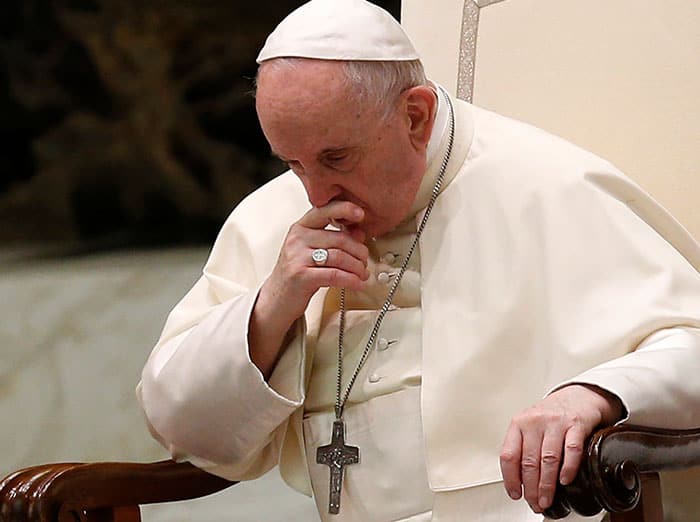 Pope Francis is pictured during his general audience in the Paul VI hall at the Vatican Sept. 8, 2021. (CNS photo/Paul Haring)

Differences and conflicts caused by separation “should not exist among believers in Christ,” he said, cautioning against creating differences between people, “many times unconsciously.”

“Rather, our vocation is that of making concrete and evident the call to unity of the entire human race.”

“Everything that exacerbates the differences between people, often causing discrimination — all of this, before God, no longer has any meaning, thanks to the salvation effected in Christ.”

At the end of the general audience, the pope marked the day’s feast of the Nativity of the Blessed Virgin Mary by asking people to pray that “our mother help us to rediscover the beauty of being children of God and, overcoming differences and conflicts, to help us live as brothers and sisters.”

The day is also when the people of Cuba celebrate their patroness, Our Lady of Charity of El Cobre, he said. Recalling his visit to her shrine in 2015, “I want to once again present at the feet of the Virgin of Charity the life, dreams, hopes and sorrows of the Cuban people,” so that wherever they find themselves, they may experience the tenderness of Mary be led to Christ.

The pope also greeted all students heading back to school, saying he hoped the coming academic year would be “a time of educational growth and deepening of the bonds of friendship.”

“May the Lord help you safeguard the faith and cultivate science in order to become protagonists of a better future in which humanity may be able to enjoy peace, fraternity and tranquility.”

Featured image: Pope Francis leads his general audience in the Paul VI hall at the Vatican Sept. 8, 2021. At left is Msgr. Leonardo Sapienza, an official of the Prefecture of the Papal Household. (CNS photo/Paul Haring)