During flight back from Slovakia, Pope Francis says he has never denied Communion to anyone.

ABOARD THE PAPAL FLIGHT FROM SLOVAKIA (CNS) — The debate about denying Communion to politicians who support abortion must be handled in a pastoral way, not by public condemnations that seek to “excommunicate” Catholics who are not in line with church teaching, Pope Francis said.

During his return flight from Bratislava, Slovakia, Sept. 15, the pope said that while there is no question that “abortion is homicide,” bishops must look take a pastoral approach rather than wade into the political sphere.

“If we look at the history of the church, we can see that every time the bishops did not act like shepherds when dealing with a problem, they aligned themselves with political life, on political problems,” he said.

The pope told journalists that when defending a principle, some bishops act in a way “that is not pastoral” and “enter the political sphere.”

“And what should a shepherd do? Be a shepherd. Not going around condemning,” the pope added. “They must be a shepherd, in God’s style, which is closeness, compassion and tenderness.”

“A shepherd that doesn’t know how to act in God’s style slips and enters into many things that are not of a shepherd.” 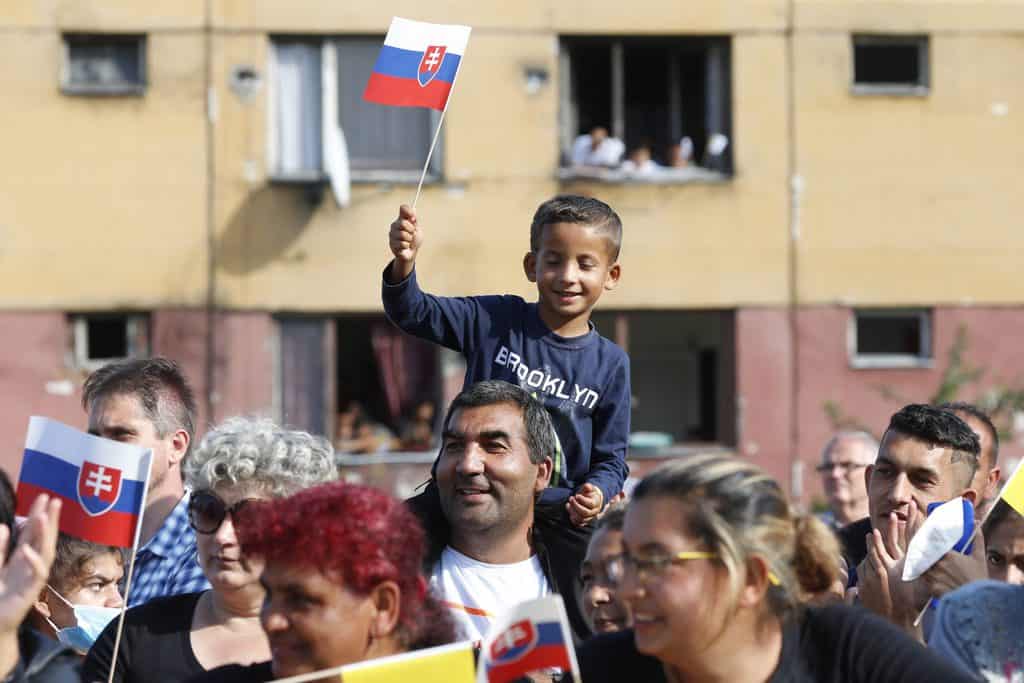 People wait for Pope Francis’ arrival for a meeting with the Roma community in the Luník IX neighborhood in Koice, Slovakia, Sept. 14, 2021. (CNS photo/Paul Haring)

The pope said that he preferred not to comment directly on the issue of denying Communion in the United States “because I do not know the details; I am speaking of the principle” of the matter.

During their virtual spring general assembly in June, 75% of U.S. bishops approved the drafting of a document, addressed to all Catholic faithful, on eucharistic coherence. During long discussions on the document before the vote, several bishops specifically pointed to President Joe Biden and House Speaker Nancy Pelosi, D-Calif., who are Catholic, for not actively seeking to end legal abortion, and they said such politicians should be denied Communion.

When asked if he had ever publicly denied Communion to someone, Pope Francis emphatically said, “No, I have never denied the Eucharist to anyone; to anyone! I don’t know if someone came to me under these conditions, but I have never refused them the Eucharist, since the time I was a priest.”

But, he added, “I was never aware of anyone in front of me under those conditions that you mentioned.”

Recalling his apostolic exhortation, “Evangelii Gaudium,” the pope said that “Communion is not a prize for the perfect,” but rather “a gift, the presence of Jesus in his church and in the community. That is the theology.”

However, Pope Francis also said he understood why the church takes a hard stance because accepting abortion “is a bit as if daily murder was accepted.”

“Whoever commits an abortion, murders,” he said. “Take any book on embryology, those books on medicine. At the third week of conception, many times before a mother even realizes it, all the organs are there. All of them, even their DNA.

“It is a human life. Period,” the pope added. “And this human life must be respected. This principle is very clear.”

Pope Francis said that those “who don’t understand” this principle must ask themselves whether it is “right to kill a human life to solve a problem.” 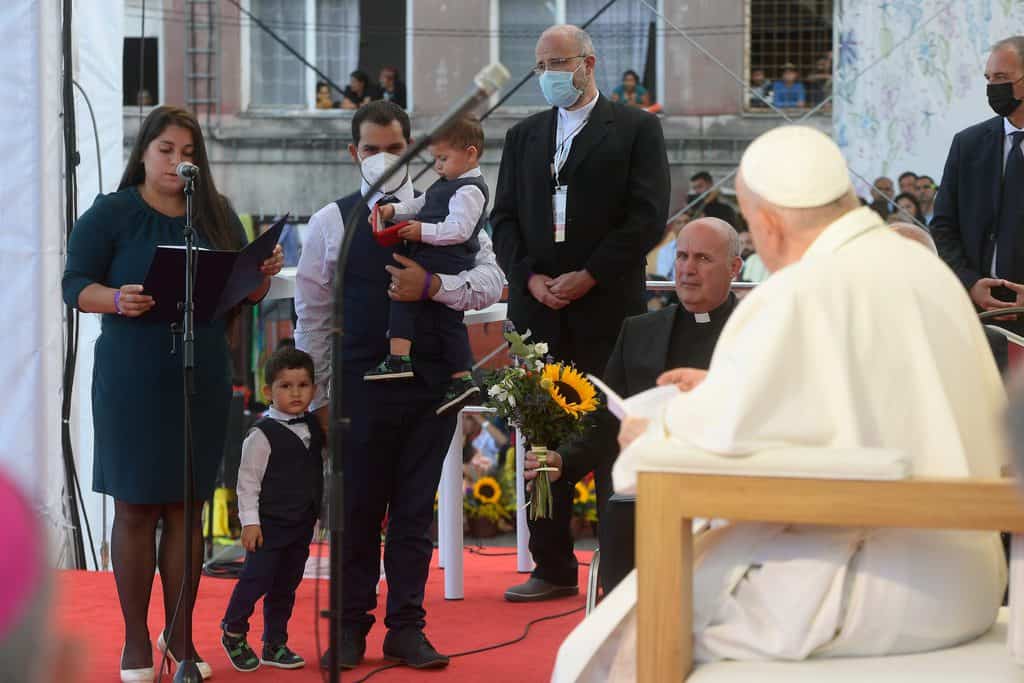 He also recalled the reaction to his apostolic exhortation “Amoris Laetitia,” and the debates surrounding giving Communion to divorced or remarried Catholics.

Some called it, “heresy, but thank God for Cardinal (Christoph) Schönborn, a great theologian, who cleared a bit the chaos,” he said.

Nevertheless, “there was always this condemnation,” the pope said. “These are poor people who are temporarily outside, but they are children of God and need our pastoral action.”

The pope was also asked about his recent public service announcement in August encouraging people to receive the COVID-19 vaccine and whether his statement that “vaccinations are an act of love” would alienate Catholics who are skeptical about taking the vaccine.

Pope Francis said he found “a little bit strange” because “humanity has a history of friendship with vaccines.”

He also said that doubts about the vaccines may be a consequence of “the uncertainty of the pandemic, of the vaccine itself,” or the notoriety of some vaccines in the past that were practically “distilled water.”

“Even in the College of Cardinals there are some deniers. One of these, the poor guy, recently recovered from the virus,” the pope said, alluding to American Cardinal Raymond L. Burke.

In Slovakia, recent legislation requiring vaccinations sparked protests in the country, causing divisions and tensions, including within the Catholic Church.

Although the government initially mandated all participants of papal events to be vaccinated, authorities relaxed their initial regulations and allowed participants who presented a negative COVID-19 test or proof of recovery from coronavirus.

Featured image: Pope Francis answers questions from journalists aboard his flight from Bratislava, Slovakia, to Rome Sept. 15, 2021. During the flight, he spoke about issues regarding abortion and communion. (CNS photo/Paul Haring)