Happy to Be Here with You
Reading Time: 6 minutes
By Deirdre Cornell
Sep 13, 2021
News
ShareTweet it!LinkedinEmailPrint

Maryknoll Father William Donnelly, who served in Guatemala, recalls love of mission, even in the worst of times.

Maryknoll Father William Donnelly often uses a favorite phrase: “I’m happy to be here with you.” For six decades, the missioner has held steadfastly to a ministry of accompaniment. His kind disposition and genuine interest in people endure — even after witnessing firsthand the horrors of war in Central America.

Born in Bloomington, Illinois, the tall, lanky young Donnelly grew up in Peoria. He studied fine arts at Bradley University, planning to become a commercial artist. During a stint in the Army after graduation, however, Donnelly developed another talent. He was trained in clinical psychology to counsel army prisoners at Fort Crowder in Neosho, Missouri.

“I had a small office where I met with the guys individually,” Father Donnelly says. “Me in my army uniform and they in their prison uniforms. I got to know the men — their stories, their problems.”

“I really enjoyed building up these guys. I don’t know what the army had in mind, but I felt God had a purpose. It was a calling.” When his two years in the Army ended, Donnelly worked briefly in advertising. Sitting at his drawing board, he realized: “God’s already got a lot of commercial artists. I am being called to be a priest.”

Donnelly’s family received Maryknoll magazine, and one day while leafing through its pages, he was struck by a photo caption that read, “The harvest is great, but the workers are few.” That same day he drove to the Maryknoll house in Chicago to learn more. At age 25, he entered the Maryknoll Society.

After earning a bachelors in divinity and a masters in religious education, Father Donnelly was ordained in 1965. Assigned to Guatemala, he would minister there for a total of 36 years.

On arrival, the priest realized not only did he need to master Spanish, but also to converse in the dialect of the Mayan communities: “Very early on, I learned how to say to people in their indigenous language, ‘I am happy to be here with you.’ ” 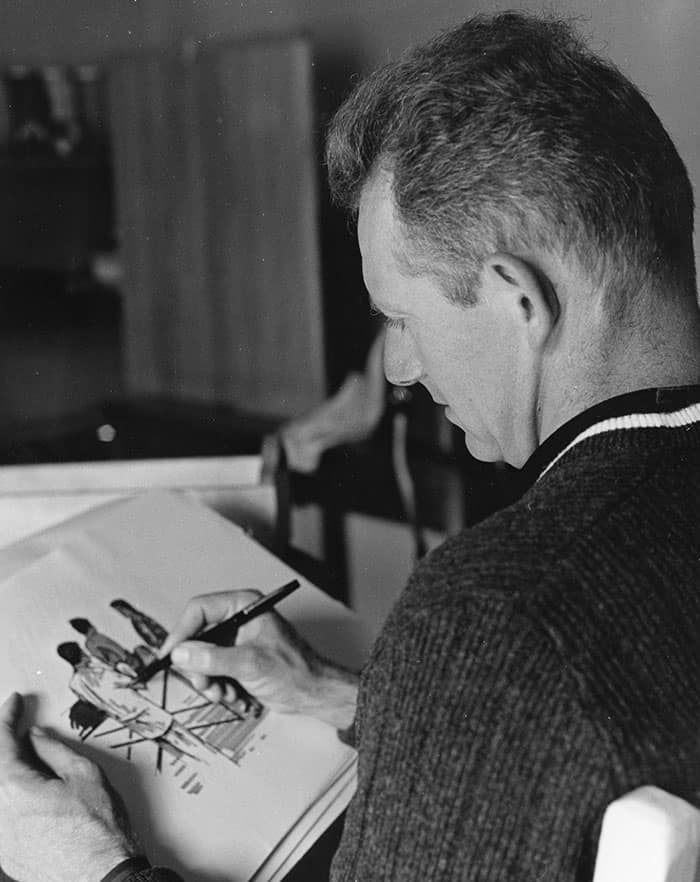 Maryknoll priests had been serving in Guatemala since 1943, including at some of the oldest parishes in the Western Hemisphere. Maryknoll Father Hugo Gerbermann became the first bishop of Huehuetenango when the territory was raised by the Vatican to a diocese. Catechetical programs, cooperatives and educational programs began to flourish.

Father Donnelly threw himself into this exciting work. The priest (affectionately called “Padre Willy”) traveled for hours by foot or on horseback to celebrate Mass, baptisms and marriages.

In April 1969, reflecting on his first four years in mission, Father Donnelly wrote, “Long ago we decided to talk less and listen more. … I soon understood that because of the general poverty of the people the priest has to have interest not only in catechizing but in the socio-economic problems of his people, as well.”

And it turned out that Father Donnelly’s artistic skills were needed in mission, after all. He helped Maryknoll Father Edmund McClear create cartoons to teach low-literacy audiences about hygiene, first aid, cooperatives, and catechism. In Guatemala, filmstrips of these series were viewed on battery-powered flashlight projectors. The series about Carlos Campesino was used in several Latin American countries during the 1970s.

Although Father Donnelly recalls his ministry with joy, the years grew increasingly difficult in Guatemala. A civil war, which lasted from 1960 to 1996, has more aptly been called a “genocide” by the historical truth commissions of the United Nations and the Archdiocese of Guatemala. The government, army and paramilitary forces, operating with impunity, systematically repressed the country’s rural indigenous populations.

“Some in the government and the army viewed Mayan Indians as subversives,” Father Donnelly relates. They justified atrocities by claiming to halt the spread of Marxism. “Most of the people I worked with knew nothing about that.” 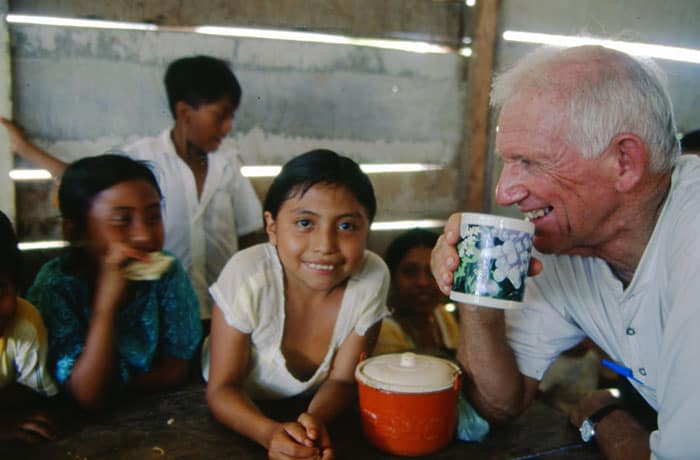 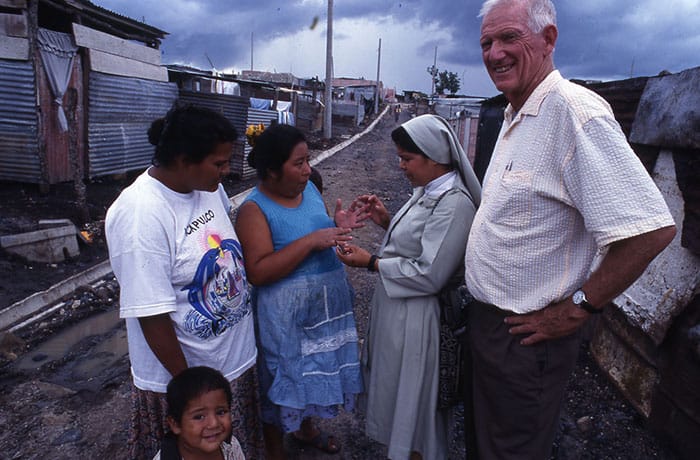 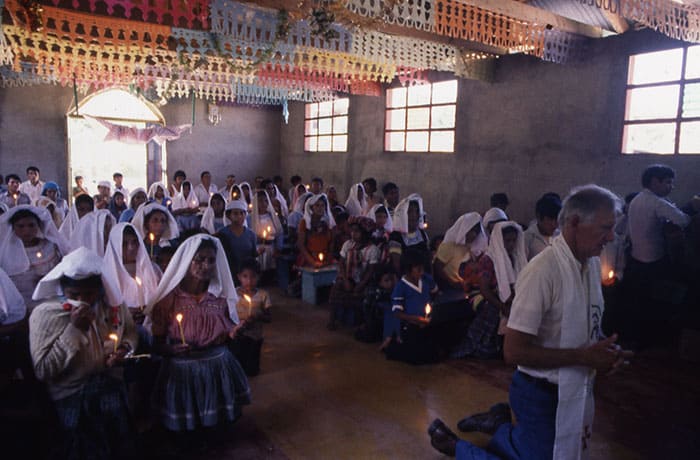 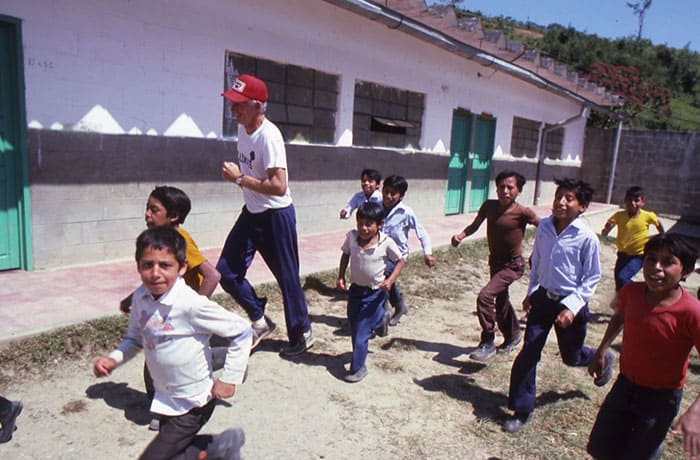 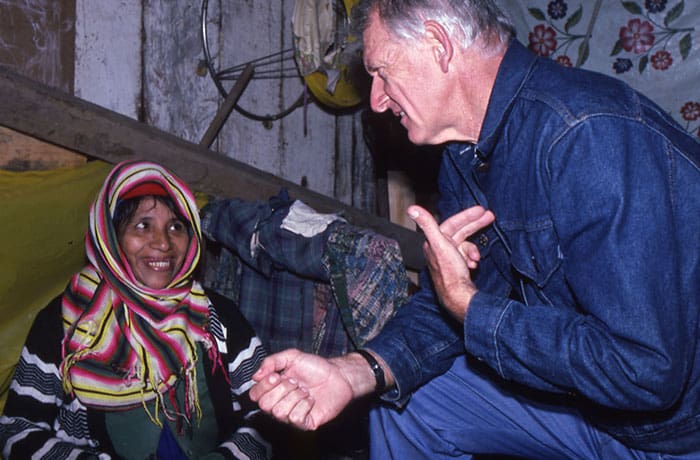 “The people loved having the sacramental presence of Jesus, especially in such sad, tense times,” Father Donnelly wrote in a Corpus Christi Sunday reflection in June. “They deeply identified with Jesus; his death and suffering were not unlike the anguish they were experiencing. Knowing that Jesus conquered death and that he sacrificed himself to make their life in Christian community possible comforted them.”

Because of their work empowering communities, the Catholic Church was regarded with suspicion. Father Donnelly cites the example of Maryknoll Father William Woods. Father Woods had arrived in Guatemala seven years before Father Donnelly, and founded an agricultural cooperative for landless indigenous farmers. In 1976 Father Woods and the passengers on board the plane he was piloting died in a crash. Father Donnelly later wrote that he heard from villagers near the site that the plane had been shot down.

Father Donnelly served as pastor of Santa Cruz Barillas from 1980 to 1990. He ministered to 55 small settlements in the mountains and jungles of Huehuetenango assisted by Maryknoll Brother Luke Baldwin and local sisters. Asked to name the “high point” of his mission career, he answers, “The fact that I could stay and accompany the people in the parish of Barillas for 10 years during the worst part of the civil war.”

Father Donnelly estimates that at least 1,000 villagers were killed in the parish. Some were assassinated by guerrillas, but most were massacred by the Guatemalan army. The missioner lived in a climate of constant danger.

“I remember being afraid to drive through town on the highway. So I walked from Guatemala into Mexico on a footpath. And when I finally walked across that line, I thought automatically, ‘Good – I didn’t get shot!’ and I said a prayer.” 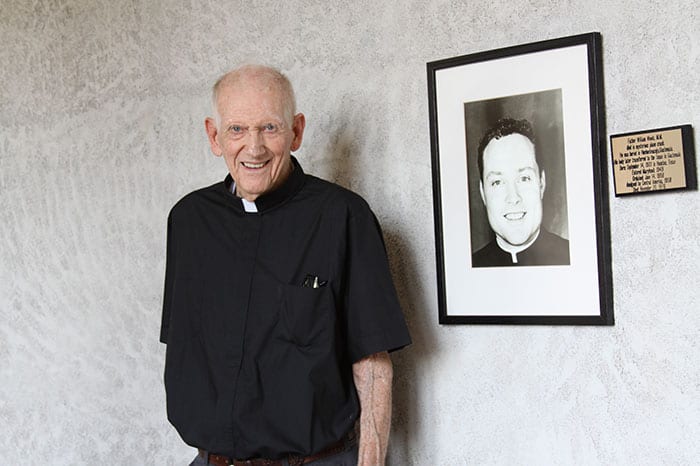 In 1990, Father Donnelly returned from Guatemala to serve in development and mission promotion. He used the opportunity to make known the plight of the Guatemalan people, and to speak out against U.S. military aid being sent to the Guatemalan army. In a letter to the editor of The New York Times, he detailed the massacre of one of his own communities, including women and babies being burned alive and men being beaten to death. Father Donnelly wrote, “Repeat that scene hundreds of times and you have the horrible story of Guatemala.”

As part of his mission promotion work, Father Donnelly designed “novelettes,” graphic novels, to tell the stories of missioners like Father Woods. Heroes and Heroines of Maryknoll: They Gave Their Lives (now out of print) was published by Maryknoll in 1995.

When in 2017 a new assignment took him to El Paso, Texas, the affable, good-natured missioner adapted quickly to Saint Patrick’s Church in Canutillo and Immaculate Heart of Mary Church in nearby Westway. The vast majority of these parishioners are Latino, and most of the Masses are said in Spanish.

Father Donnelly says he loved returning to parish life. He loved El Paso’s blue skies and sunshine. Most of all, though, he loved being among the people.

“They can tell I like them, and I love being with them,” Father Donnelly says. “Speaking Spanish, serving in mission — it’s been my life.” He continues, “People would come up to me after Mass and say, ‘Thank you, Father, for all that you do for us.’ But it’s also what they do for me.”

These days, Father Donnelly can be found at Maryknoll headquarters, working on a graphic novel and sharing stories of the people he served. At 88 years of age, the missioner can still say in three languages — English, Spanish, and a Mayan dialect — “I am happy to be here with you.”