Cardinal Charles Bo of Yangon says patience is the key to peace and called on humanity to learn Christ’s patience as the world faces challenges posed by the pandemic.

“Patience is the only way for this world to live in peace,” he told Catholics at the International Eucharistic Congress (IEC) in Budapest, Hungary, on Sept. 8.

“History has shown that impetuous, impulsive and impatient leaders have brought disaster to the world. Patience has the power of peace. Pope Francis said that true power lies in service. The humble, gentle, patient service of Jesus is the beacon that guides humanity through time.”

Cardinal Bo spoke about “the Divine Patience in the Eucharist” for nearly an hour on the third day of catechesis at the 52nd IEC in the Hungarian capital.

“Speed, speed is the number one value today. Being slow is considered a vice, a waste of time. But Jesus waits. He came to us because he loves us. Time is not a commodity, it is a communion of hearts. Jesus waits patiently in the Eucharist,” he said.

The 72-year-old president of the Federation of Asian Bishops’ Conferences also spoke about the challenges posed by the COVID-19 pandemic, which he called an “irritating teacher of patience.” 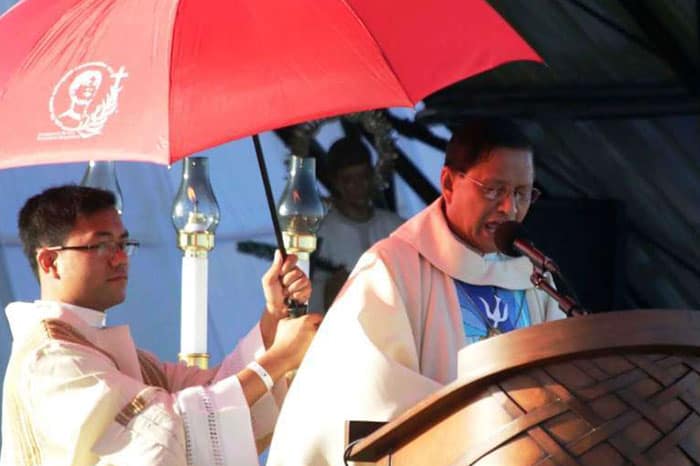 “The prolonged lockdown caused by the pandemic has stripped people of human contact. It took the smiles from human relations, replacing them with masks. It caused widespread human losses, fear, wounds and challenges, including in spiritual terms. Patience is one of the great virtues of Christian tradition. Be patient as your Heavenly Father is patient,” he said.

The outspoken cardinal then turned to Myanmar, where people have been facing a series of challenges during the last seven months — the contagion, the coup and the economic crisis as well as intensifying conflict between the military and ethnic groups.

“Catholics have suffered terribly. Our churches have been attacked. Many of our people are displaced in our own land,” Cardinal Bo said.

He praised the gesture of love from Pope Francis, who has spoken out on Myanmar’s crisis several times.

Cardinal Bo said the Church in the Buddhist-majority country is young, vibrant and growing, especially the priestly and religious vocations, despite the many challenges.

He is among cardinals from around the world speaking at the IEC from Sept. 5-12. The congress will be officially concluded by Pope Francis with a Mass celebrated in Heroes’ Square on Sept. 12 before he travels to Slovakia. He will be the first pope to attend the congress since 2000.