Abimael Guzmán — Peru’s most hated man — dies in prison years after his Shining Path guerrillas unleashed a 12-year reign of terror on the Andean country.

Guzmán, a philosophy professor turned guerrilla leader, launched the outlawed party’s war on the Peruvian state in 1980. The first armed action was burning ballot boxes in a remote Andean village in May of that year, coinciding with the first presidential election after 12 years of military rule.

Guzmán was arrested in September 1992 and was serving two life sentences.

Shining Path was brutal, razing entire villages as part Guzmán’s messianic vision and the cult-like following he demanded. The group was responsible directly or indirectly for the bulk of the nearly 70,000 people killed or disappeared during the internal conflict, according to the country’s Truth and Reconciliation Commission’s report in 2004.

“Abimael Guzmán was Peru’s most-hated man, much like Osama Bin Laden in the U.S. His brand of bellicose Marxist orthodoxy became increasingly anachronistic in the new 21st-century world,” said Orin Starn, a professor at Duke University and co-author of recent book, “The Shining Path: Love, Madness, and Revolution in the Andes.” 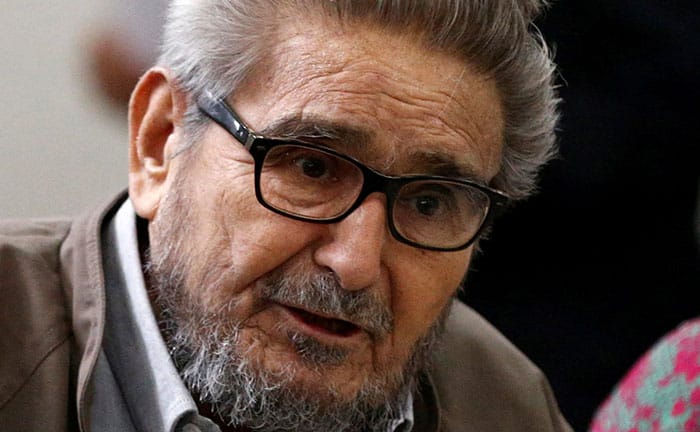 Shining Path spared no sectors and, unlike other revolutionary movements in Latin America, targeted the Catholic Church, killing priests, nuns and lay workers, and destroying infrastructure.

According to the Truth Commission report, Shining Path saw “the Catholic Church as an institution with weight and legitimacy in the population, and, as such, serious competition.”

Several church workers killed by Shining Path have advanced toward sainthood. Pope Francis beatified two Polish and one Italian missionary priests as martyrs in 2015 and, in May, he approved the beatification of a Peruvian sister from the Our Lady of Charity of the Good Shepherd congregation. An Australian nun also is under consideration for canonization.

Polish Franciscan Fathers Michal Tomaszek and Zbigniew Adam Strzalkowski, and Italian Father Alessandro Dordi, a diocesan priest, were killed in two separate attacks in August 1991 in the northern Ancash region. Shining Path accused them of slowing the war to impose Guzmán’s version of communism on Peru. Guzmán considered himself the “fourth sword” of Marxism, after Marx, Lenin and China’s Mao. He believed the church was cushioning the blows of the war. 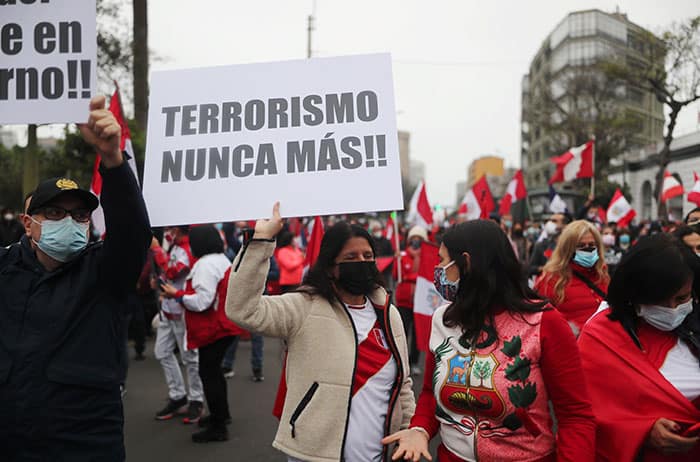 The Polish priests were accused of “infecting people by distributing food” from Caritas. They were killed with the mayor of the small town where they were serving. Blessed Dordi was killed alone after celebrating Mass in a rural community, accused of “licking the boots of imperialism.”

Good Shepherd Sister María Agustina Rivas López, known as “Aguchita,” was killed in September 1990 in the central jungle of the Junín region. Shining Path had targeted another member of the congregation, but she was not home when the column arrived. They executed Aguchita in her place. Five people were shot alongside her. She was the first Peruvian religious killed by the group.

Sister Irene McCormack, an Australian member of Sisters of St. Joseph, was killed in May 1991, also in Junín. She was executed for “spreading American ideas.” She was killed with five other people. Her potential sainthood cause is under review.

Starn’s comparison to Bin Laden may also follow with Guzmán’s death. Peruvian Vice President Dina Boluarte said on social media that Guzmán’s remains should be cremated and his ashes scattered, “so there is no place to pay him homage.”

Bin Laden’s remains were disposed of at sea.

Featured image: Shining Path guerrilla leader Abimael Guzmán is seen in a jail cell-like cage in Lima, Peru, Sept. 24, 1992, when he was presented to the public following his arrest on Sept. 12 of that year. (CNS photo/Anibal Solimano, Reuters)