Beatification of Salvadoran Martyrs to Take Place in January

Bishops’ Conference of El Salvador has set January 22, 2022 date for the beatification of four martyrs killed during the country’s civil war.

All four were martyred during the country’s civil conflict in the 1970s and 1980s, when countless Catholics, following church teachings from the Second Vatican Council and the Latin American bishops’ conference, began speaking out in favor of the poor and those on the margins.

The two laymen, Manuel Solórzano, an elderly sacristan, and Nelson Rutilio Lemus, a boy in his early teens, were traveling by car with Father Grande when he was shot multiple times on his way to a novena March 12, 1977. 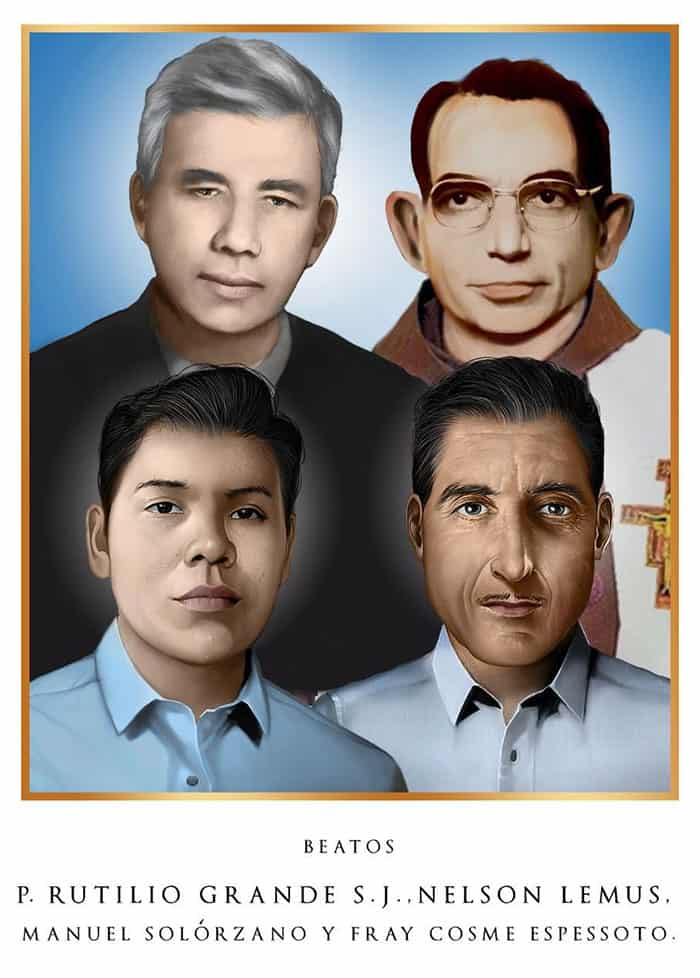 The bishops’ statement said Salvadoran Cardinal Gregorio Rosa Chávez will preside over the ceremony in the atrium of the Cathedral of San Salvador. The atrium also was the setting where Father Grande and the two laymen were carried in and out of during their funeral Mass, celebrated by St. Oscar Romero when he was archbishop of San Salvador. He, too, was martyred three years later, while celebrating Mass March 24, 1980.

Father Spessotto, a Franciscan missionary from Italy, served in the Diocese of Zacatecoluca and spoke out against injustice just as the archbishop did. Father Spessotto died in a similar fashion just a few months after St. Romero: shot at point-blank range June 14, 1980.

“We give thanks to God and to Pope Francis for this immense blessing: the elevation to the altars of these four martyrs from our country,” said the statement from the Salvadoran bishops.

Salvadoran Bishop Oswaldo Escobar of Chalatenango, in Rome for a meeting of Discalced Carmelites, said he briefly greeted Pope Francis during his Aug. 25 general audience to give him a copy of a book he recently wrote about St. Romero and quietly thanked him for the imminent news. 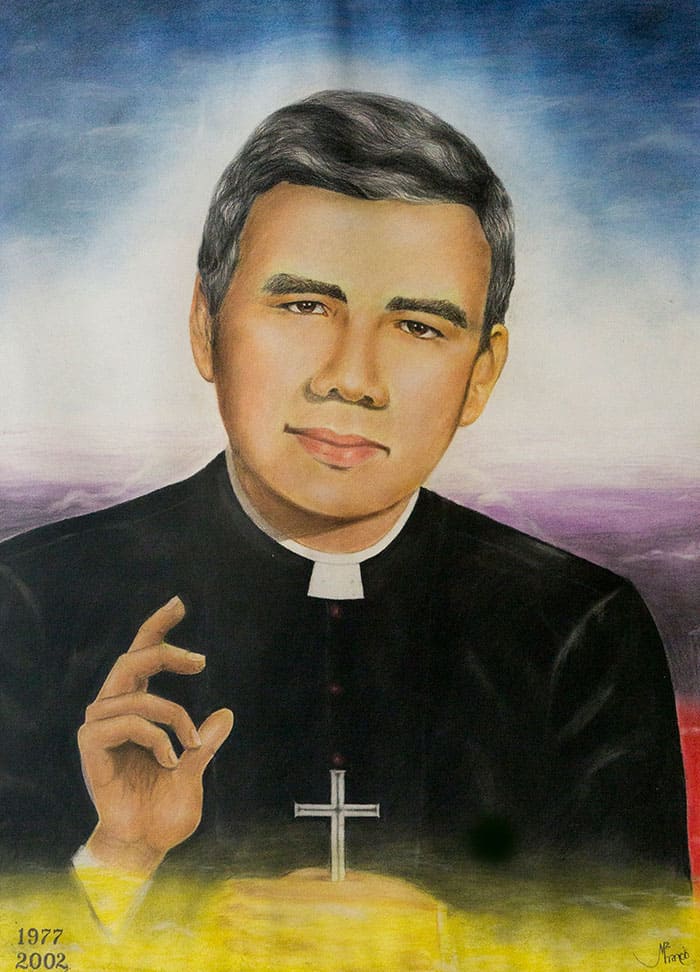 “He told me he had devotion to Rutilio Grande,” the bishop said in an Aug. 27 WhatsApp call with Catholic News Service.

Ana Grande, Father Grande’s niece, said she was “beyond thrilled” about the news.

“It’s obviously such a beautiful surprise. It brings our Salvadoran people together … this legacy of loving one another, it’s a constant reminder of what we’re supposing to be doing, which is loving one another,” she said in an Aug. 27 telephone interview with CNS.

“I think, unfortunately, we have very short-term memory. We forget (El Salvador) just went through this civil war, and the country has been trapped in this violence that continues to shape it, but here’s this alternative, with the beautiful legacy of my tío (uncle) and Father Spessotto. Here’s a reflection of what we’re supposed to do.”

The two priests tried to build a sense of community for the poor of the country, who often were exploited by the oligarchy. But their messages, like that of St. Romero, were often disparaged as political instead of coming out the church teachings that told Catholics to care for the poor and marginalized.