Teresa Rojo Tsosie’s Catholic faith is one of the most important parts of her life, but she has often felt that as a Native American Catholic, her voice wasn’t being considered or heard by the church as a whole.

Tsosie, who works for St. Jude Catholic Church in Tuba City on the Navajo Nation in the Diocese of Gallup, New Mexico, finally found a place to discuss that feeling. She was one of the participants in Journeying Together, a national dialogue on diversity and faith among Catholic young adults organized by the U.S. Conference of Catholic Bishops’ Committee on Cultural Diversity in the Church.

The yearlong program has given young adults from every major cultural group in the country the chance to gather online to discuss issues and challenges facing their communities, as well as the way their cultures influence their faith.

Several participants in the program’s monthly online discussions said it was the first time they had been able to have such discussions with other Catholics who share their cultures, as well as people from different cultural backgrounds.

“I am very blessed with my faith, but I have felt that the Catholic Church spent so much time evangelizing Native Americans in the past, and then once it happened we never were brought up again,” Tsosie told Catholic News Service.

“For me, it’s been a struggle just being heard and recognized, and I think we have really started something with Journeying Together by just being able to talk freely,” she said. “I hope we don’t lose this momentum.”

The Journeying Together process enabled the young adults to confront difficult issues that affect them, society as a whole and the Catholic Church. 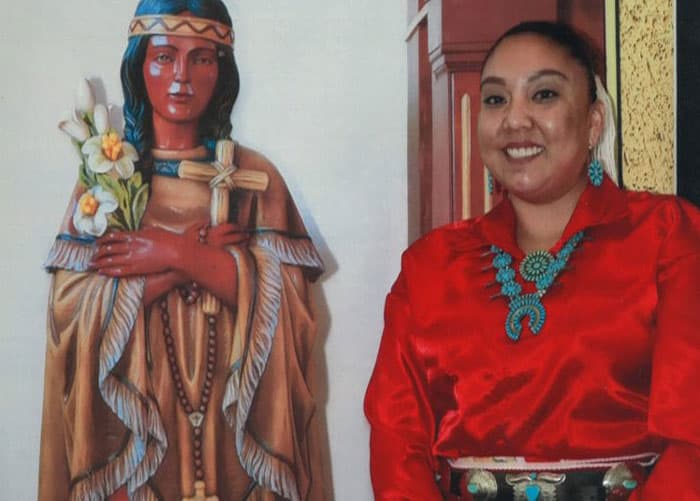 Teresa Rojo Tsosie is seen in this undated photo. She is the director of religious education at St. Jude Parish in Tuba City, Ariz. (CNS photo/courtesy Teresa Rojo Tsosie, via Christina Knauss)

The online meetings started during the summer of 2020, when racial injustice was the hot topic nationwide as protests rocked many cities over the death of George Floyd.

Participants said discussions among African American Catholics gave the young adults a chance to share their perspectives and life experiences among themselves.

Later sessions that combined members of different cultural communities gave European American young adults the chance to learn about the impact of racism in the daily lives of their fellow Catholics.

A discussion earlier this summer led by Native American Catholics couldn’t have come at a better time given recent news out of Canada, according to Tsosie and Maka Black Elk, a member of the Lakota Nation who works as vice principal at Red Cloud Catholic School on the Lakota Nation, in the Diocese of Rapid City, South Dakota.

Black Elk said among other topics, the online dialogue addressed news from Canada about the mass graves of children being found near residential schools for Native children that were once run by the Catholic Church.

Similar residential schools also were set up in the U.S., and Native students who attended were often forbidden from speaking their language and practicing their culture.

Black Elk said it’s a subject of ongoing discussion at the school where he works — how to reconcile the wrongs done in the past in the name of the church with the work of spreading the Gospel going on today.

“For communities that have been historically marginalized, it’s important to recognize that the church hasn’t always been there,” Black Elk told CNS. “It’s OK to acknowledge that and more importantly to start taking an active role in dismantling racial injustice as a church. I think young people are more aware of that and really ready to do that work.

“This is a real timely moment for us to have this discussion because of the news about the residential schools,” he continued. “There’s a real reckoning going on now and it’s important the church not shy away from that dialogue. This is an important moment for Indigenous people in the church and the Journeying Together discussions are a part of it.”

Many people who took part said the opportunity to talk to their peers from a variety of communities was an eye-opening experience that exposed them to the true richness of the faith in the United States.

“A significant strength about this process is that it’s put young adults from a wide variety of background into intentional conversations with one another,” said Ashley Morris, director for Black Catholic Ministry in the Archdiocese of Atlanta. “Young adults want to be connected to other young adults. We want the faith to help us make sense of the experiences we see daily. 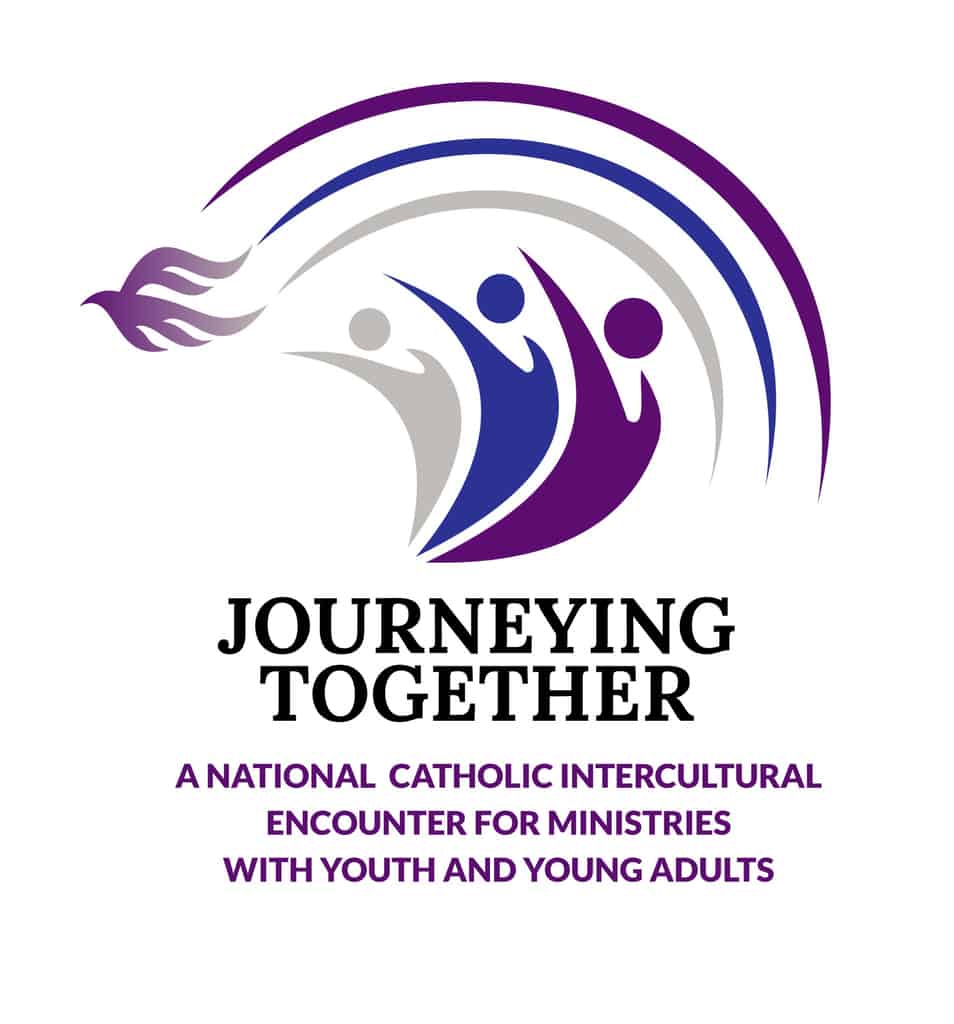 This is the logo for the U.S. Conference of Catholic Bishops’ Journeying Together intercultural dialogue program. (CNS illustration/USCCB)

Journeying Together offered a forum for two groups who are often left out in discussions about diversity. There was a forum for European American Catholics and another for migrant and refugee communities, which encompass a wide variety of cultures and ethnicities.

John Grosso from the Diocese of Bridgeport, Connecticut, said taking part in the European American discussions gave him a chance to embrace his own heritage — Irish and Italian — and in turn, gain greater respect for the diversity of cultures others brought to the table.

“The experience directed me to really think about my own cultural traditions, what my ancestors had to endure when they came to this country and how they contributed to the cultural evolution of the country,” Grosso said. “We discussed how the rush for European Americans to abandon our cultural heritage and identify culturally as ‘white’ has robbed us of our heritage, and how that contributes to the current racial reality.”

Jessica Gallegos from the Diocese of Boise, Idaho, said the forum for migrant and refugee communities offered those groups an important chance to share their diversity and also explain the challenges they face, including often feeling unwelcome in established local parishes.

Jessica Hernandez of the Diocese of Des Moines, Iowa, said discussions led by the Hispanic community brought up important issues about how to help immigrants find their voices in their parishes without losing their cultural identities — the importance of being “integrated but not assimilated” into the daily life of the church.

Dallas Carter, a theology teacher and diocesan catechist for the Diocese of Honolulu, said as a native Hawaiian, he appreciated being able to share with others how the legends and traditions of his culture can be used to compliment the messages of the Gospel.

“We have so much to learn as a church from the different strengths of different cultures,” Carter said.

Gyta Martin, treasurer for the National African American Catholic Youth and Young Adult Ministries Network, was one of the moderators for the African American intracultural discussion that took place earlier in the year.

She was pleased that bishops from around the country attended the online meetings, and thinks they are part of a trend that needs to continue to keep young adults engaged

“My hope is that through this we reach not only young adults still active in the church but the ones who are not,” Martin told CNS. “If we want the church to grow and young people to stay in the church, the leadership needs to empower and hear from not just one group of people, you need to hear from everybody.”