On July 1, Pope Francis will meet with Lebanon’s Christian leaders at the Vatican to reflect and pray for peace and stability in the country.

Speaking with journalists June 25 at the Vatican press office, Archbishop Gallagher said that unlike Hong Kong or other places facing political unrest, “Lebanon is a place where we perceive we can make a positive contribution.” 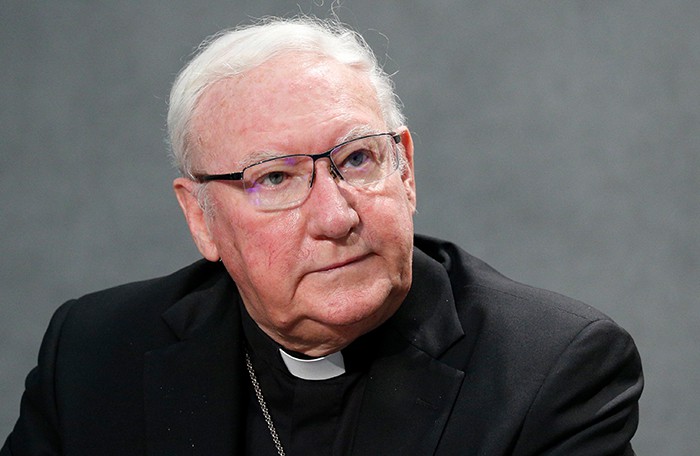 We do not perceive that in Hong Kong,” the archbishop said. “One could say a lot of appropriate words that would be appreciated by the international press and by many countries in the world. But I — and I think many of my colleagues — are yet to be convinced that it would make any difference” whatsoever.

With Lebanon, “I think here we have an opportunity,” he said. “In Hong Kong, we have a very different situation altogether.”

In May, the pope announced he had invited Lebanon’s Christian leaders to meet at the Vatican July 1 “for a day of reflection on the country’s troubling situation and to pray together for the gift of peace and stability.”

Lebanese President Michel Aoun and Saad Hariri, who was designated prime minister in October but has yet to reach an agreement on forming a government, each have blamed the other for the political stalemate. 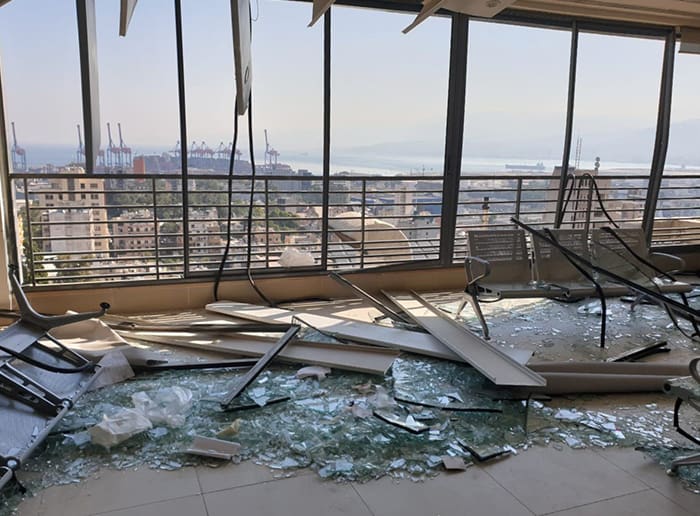 A room with a view of the the port of Beirut at Lebanese Hospital Geitaoui, entrusted to the Maronite Sisters of the Holy Family, is littered with debris in the aftermath of the blast Aug. 4, 2020. (CNS photo/courtesy Geitaoui Hospital)

Furthermore, the country’s economic woes — because of a freefalling currency and the COVID-19 pandemic — were exacerbated after a massive explosion last year at the port of Beirut killed at least 180 people, wounded 6,000 and displaced as many as 300,000 others from their homes.

At the Vatican June 25, Archbishop Gallagher, along with Cardinal Leonardo Sandri, prefect of the Congregation for Eastern Churches, and Bishop Brian Farrell, secretary of the Pontifical Council for Promoting Christian Unity, presented the program for summit, which will begin with prayer at the tomb of St. Peter.

Cardinal Sandri told journalists that the pope will then meet privately with the Lebanese Christian leaders in the Clementine Hall in the Apostolic Palace.

The Argentine cardinal compared the private meeting to Jesus’ apostles meeting “behind closed doors in the Cenacle” where they “remained united in prayer, together with Mary, and received the gift of the Spirit that gave them the courage to proclaim.”

The summit will conclude with an ecumenical prayer service in St. Peter’s Basilica where the pope is expected to deliver “a concluding word,” he said. 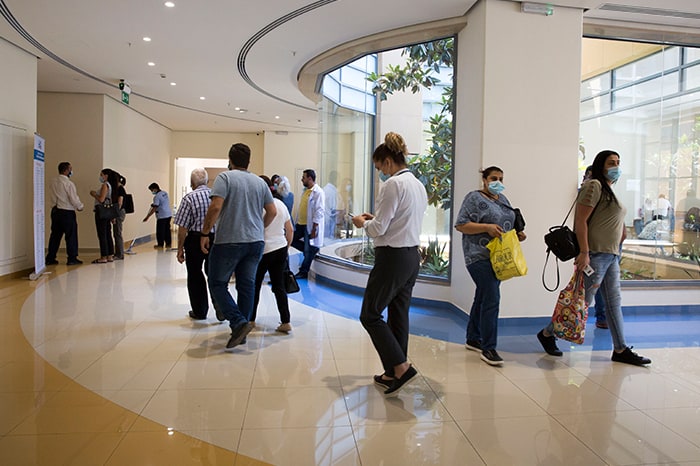 People walk through the dialysis floor and lobby of Lebanese Hospital Geitaoui in Beirut June 18, 2021, following its reconstruction. The hospital, entrusted to the Maronite Sisters of the Holy Family, received 350 injured wounded people following the Aug. 4, 2020, blast. Catholic Near East Welfare Association has helped to rebuild the hospital. (CNS photo/courtesy Geitaoui Hospital)

The Maronite and Melkite Catholic patriarchs, a Chaldean Catholic and Latin-rite Catholic bishop are expected to participate along with a representative of the Armenian Catholic Church or the new patriarch, if one is elected by then, Cardinal Sandri said.

The Greek Orthodox, Armenian Orthodox, Syrian Orthodox and Lutheran churches also are expected to send representatives, which, Bishop Farrell said, shows that “the ecclesial life in Lebanon is fraternal and in solidarity.”

“This meeting between the highest leaders of the Orthodox, Catholic and Protestant churches present in Lebanon will certainly be a moment of intense communion in facing the great common challenge, that is, to overcome any partisan vision in order to build the common good and safeguard the specific vocation of Lebanon in the diverse religious and social framework of the Middle East,” Bishop Farrell said.