A estimated 8,000 migrants—including more than 1,500 unaccompanied minors—entered Ceuta, a Spanish enclave bordering Morocco, on May 17.

ROME (CNS) – The Spanish bishops’ conference expressed concern that migrants were being used to exert political pressure after a sudden influx of migrants in the Spanish territories of Ceuta and Melilla increased tensions between Spain and Morocco.

In a statement released May 18, Auxiliary Bishop José Cobo of Madrid, head of the conference’s migration department, and Dominican Father Xabier Gómez, the department’s director, warned of the exploitation of migrants following a diplomatic row between the two countries.

“Appealing to the supreme value of life and human dignity, remember that the despair and impoverishment of many families and minors cannot and must not be used by any state to exploit the legitimate aspirations of these people for political purposes,” the statement read.

Spanish authorities were caught off guard May 17 when an estimated 8,000 migrants–including more than 1,500 unaccompanied minors–entered Ceuta, a Spanish enclave bordering Morocco. An estimated 86 migrants entered Melilla, another Spanish territory located on the North African coast. 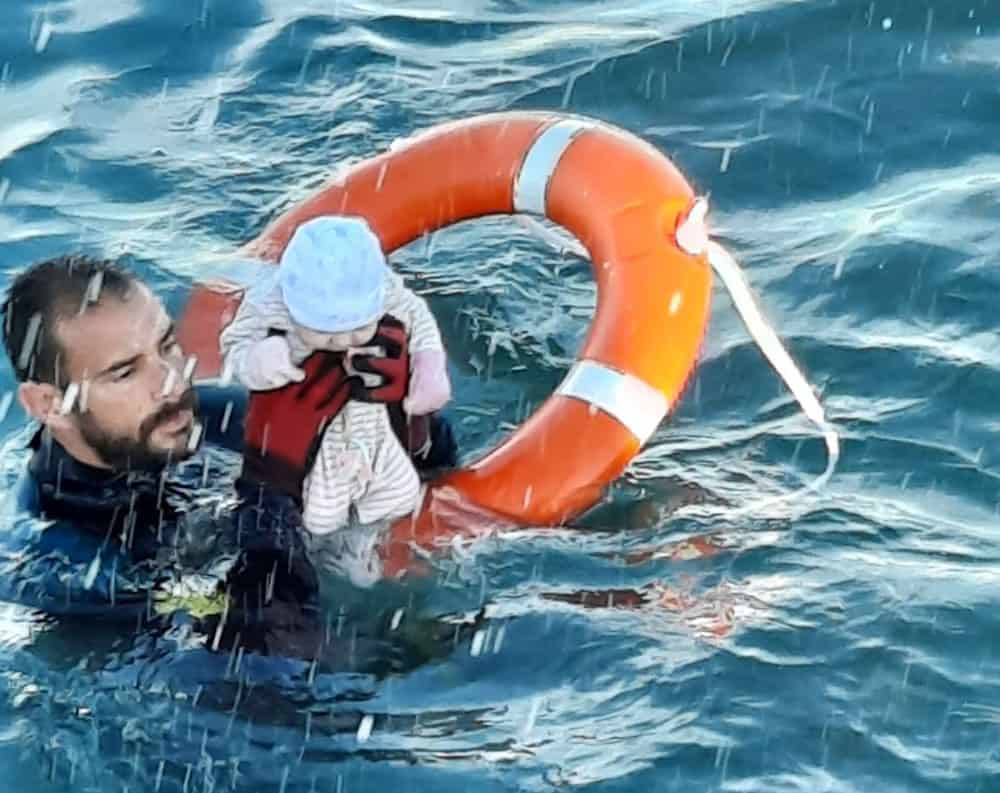 According to BBC News, Spanish Prime Minister Pedro Sanchez deployed military forces to the territories to tighten the border controls and deport migrants back to Morocco.

Diplomatic tensions between Spain and Morocco began in mid-April when Brahim Ghali, head of the Polisario Front–a group seeking the independence of Western Sahara from Morocco–was allowed to enter Spain with forged documents and receive treatment for COVID-19.

While Spain has claimed that Ghali was admitted solely on humanitarian grounds, Moroccan authorities criticized Sanchez’s government for allowing the rebel leader into the country without notifying the North African country.

In a May 15 interview with the Spanish newspaper, La Razón, Moroccan parliamentary leader Abdellatif Wahbi, said Spain’s admittance of Ghali “was shocking to everyone.”

Moroccan authorities accused Ghali of stealing humanitarian aid to refugees sheltering in the Algerian town of Tindouf, located along the Moroccan border.

“Authorizing the entry of a separatist from the Polisario Front who is accused of having committed serious human rights violations is, in our opinion, unjustified,” Wahbi said. “I believe that the Spanish government was aware of the consequences of its behavior; that is why it did not inform its Moroccan counterpart.”

Spanish media reported that border guards in Morocco “stood by and watched” as migrants made their way to the sea attempting to cross over to Ceuta. 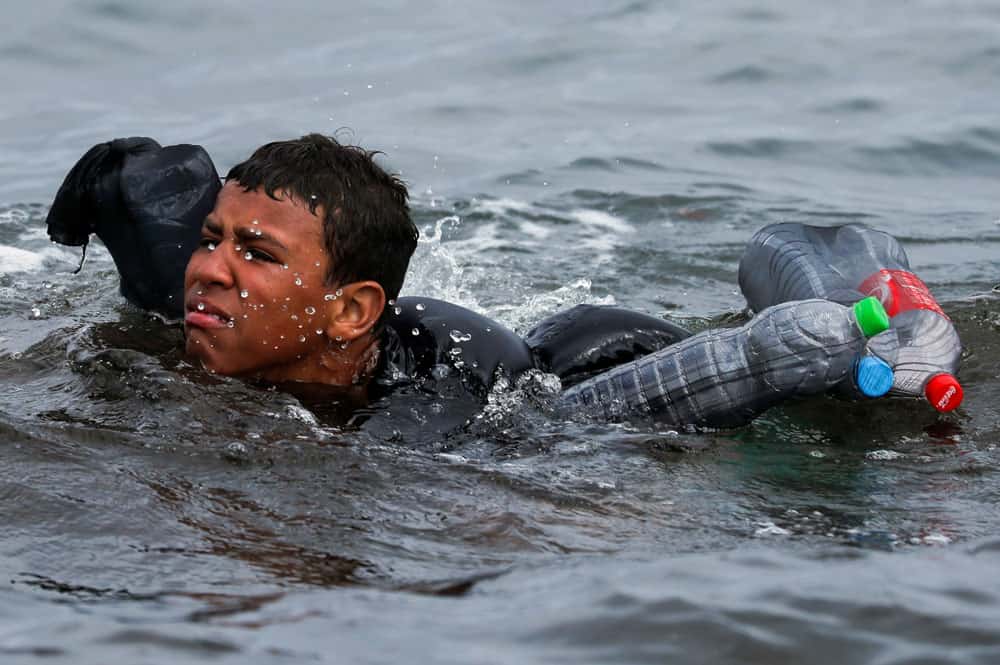 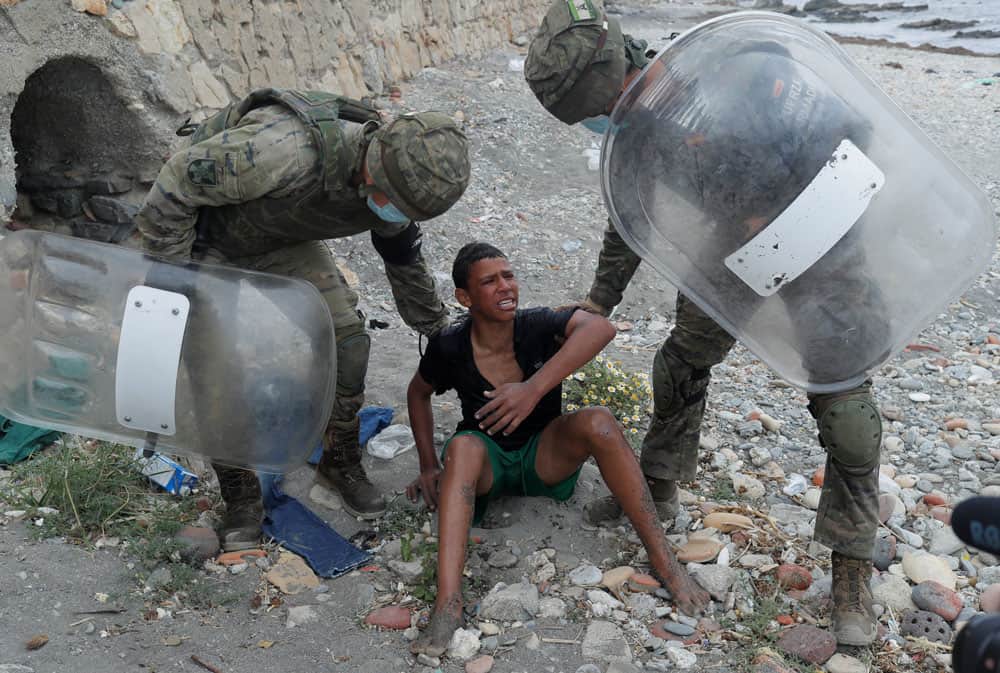 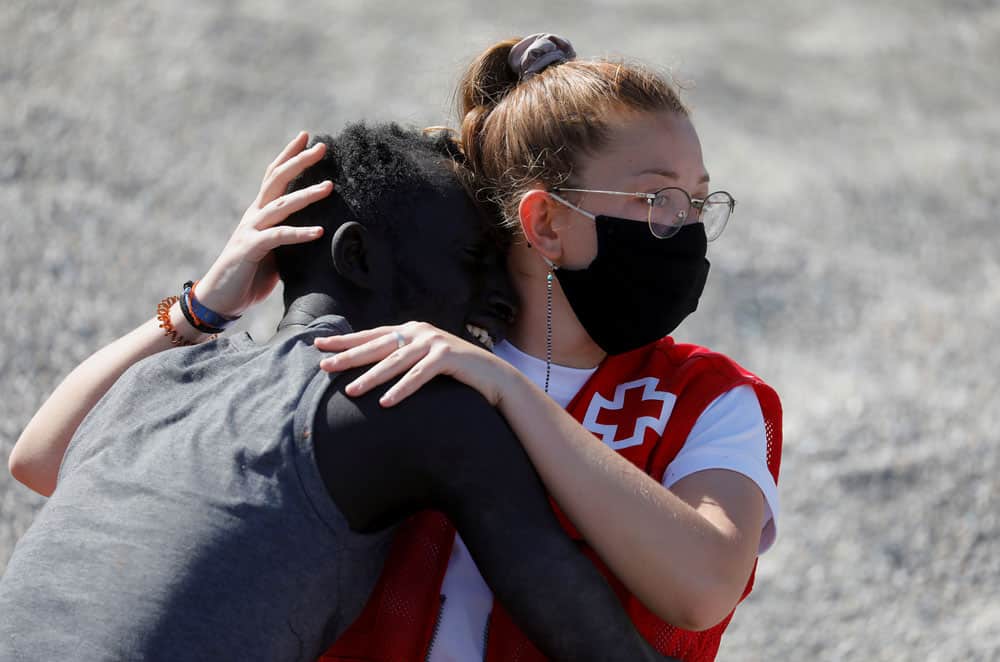 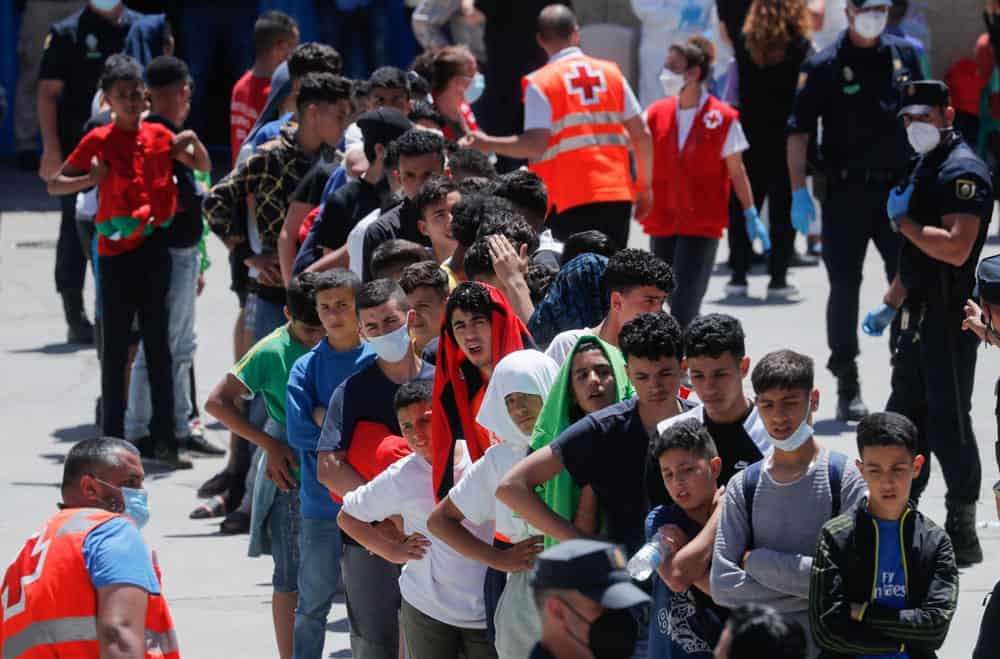 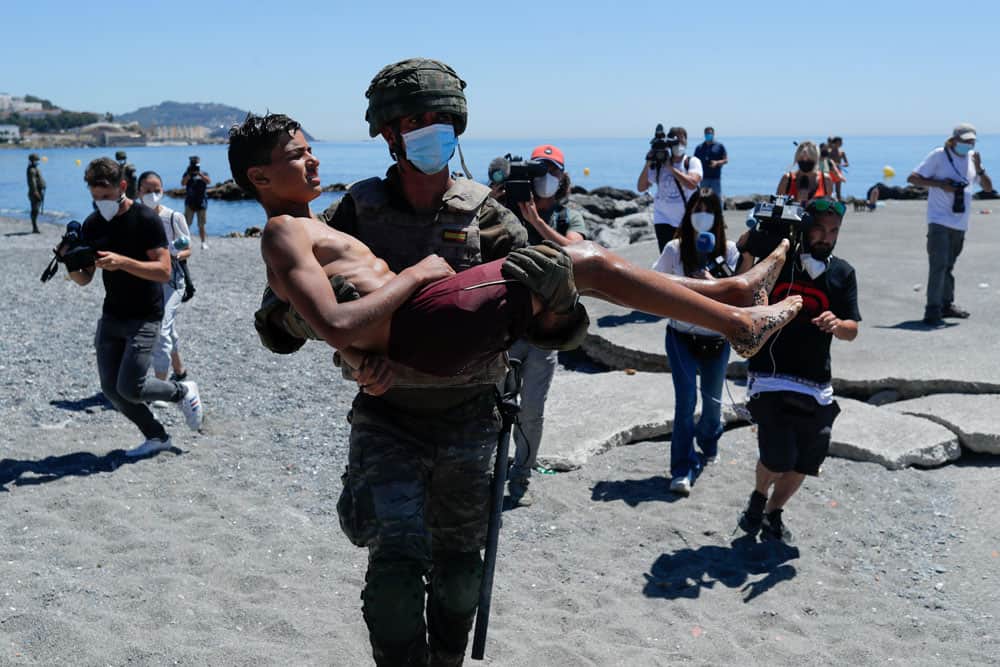 Thousands of migrants swam from Morocco to Ceuta, a Spanish enclave bordering the North African country, beginning May 17. In a statement released May 18, the Spanish bishops’ conference expressed concern that migrants were being exploited after a sudden of influx of refugees into the Spanish territories of Ceuta and Melilla increased tensions between Spain and Morocco. (CNS photo/Jon Nazca, Reuters)