Pope Appeals for Peace in Gaza and Israel, Says Death of Children ‘Unacceptable’ 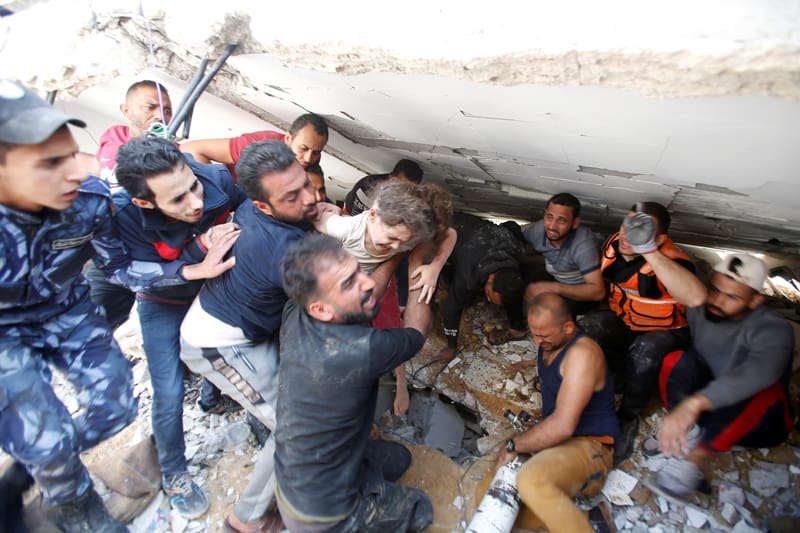 Pope Francis calls for a cease-fire and prayers so that “Israelis and Palestinians may find the path of dialogue and forgiveness.”

VATICAN CITY (CNS) — The injury and death of so many innocent people, especially children, caused by escalating violence between Israel and the Gaza Strip is “terrible and unacceptable,” putting the area at risk of sinking into “a spiral of death and destruction,” Pope Francis said.

The pope launched an appeal for calm and asked leaders of both sides “to put a stop to the roar of weapons and to follow the paths of peace, even with the help of the international community,” he said May 16 after reciting the “Regina Coeli” prayer with hundreds of people in St. Peter’s Square.

“Many people have been injured and many innocent people have died. Among them are even children, and this is terrible and unacceptable. Their death is a sign that one does not want to build the future, but wants to destroy it,” he said.

The growing hatred and violence in different cities in Israel “is a serious wound to fraternity and to peaceful coexistence among citizens, which will be difficult to heal if we do not open immediately to dialogue,” the pope said, asking, “Where will hatred and vengeance lead? Do we really think we can build peace by destroying the other?”

Pope Francis appealed for calm, a cease-fire and constant prayers so that “Israelis and Palestinians may find the path of dialogue and forgiveness, to be patient builders of peace and justice, opening up, step by step, to a common hope, to a coexistence among brothers and sisters.”

He then led those gathered in the square in praying the Hail Mary for the victims, the children and for peace. 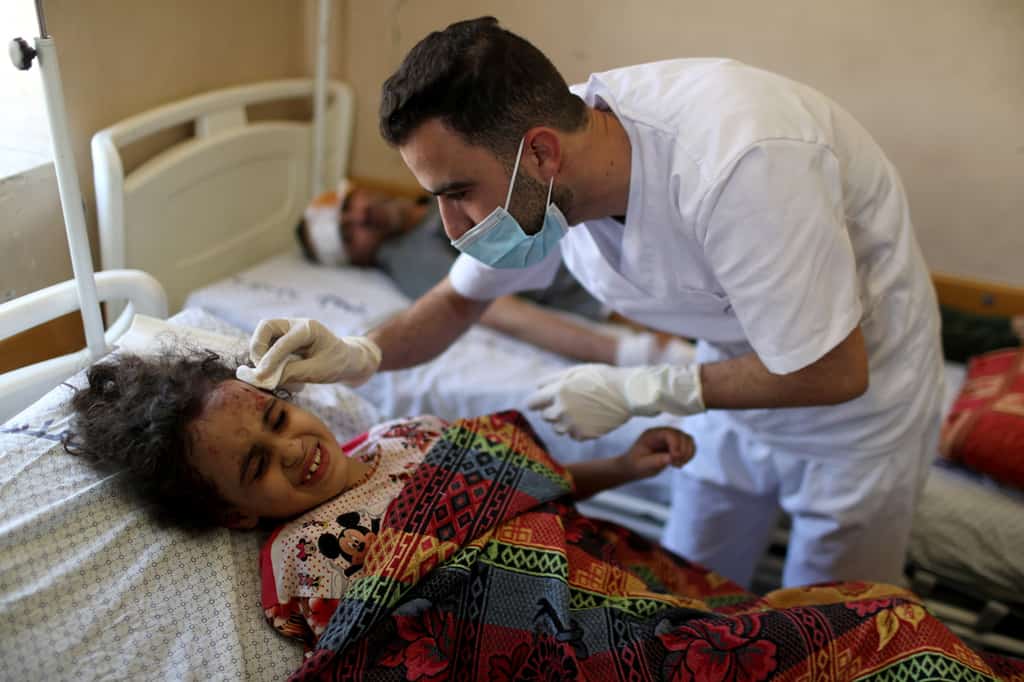 Palestinian Suzy Eshkuntana, 6, is treated by a medic at a hospital after being pulled from the rubble of a building during Israeli airstrikes in Gaza City May 16, 2021. (CNS photo/Mohammed Salem, Reuters)
Meanwhile, the head of the Vatican’s press office, Matteo Bruni, confirmed that Pope Francis spoke over the telephone May 17 with Turkey’s President Recep Tayyip Erdogan.

While the Vatican did not comment on the content of the conversation, the Turkish communications department said the two leaders discussed the ongoing attacks.

According to a written statement reported by Andalou Agency, Erdogan said Israel’s attacks were an atrocity and that the latest violations were putting regional security in danger.

Pope Francis’ appeal May 16 came as Israel escalated its assault on Gaza and it also faced growing civil unrest in its mixed Jewish-Arab cities.

Jewish mobs had destroyed Arab property, and Arab mobs attacked Jewish businesses and burned synagogues, with attempted lynchings on both sides over the past week.

The violence between Israel and Hamas was at its worst since the 2014 Gaza War with Israeli airstrikes and hundreds of rockets launched from the Gaza Strip killing at least 145 Palestinians and 10 Israelis, according to Reuters May 16. Efforts by the international community were underway to broker a cease-fire.

Featured image: Rescuers carry Suzy Eshkuntana, 6, as they pull her from the rubble of a building at the site of Israeli airstrikes in Gaza City May 16, 2021. (CNS photo/Mohammed Salem, Reuters) 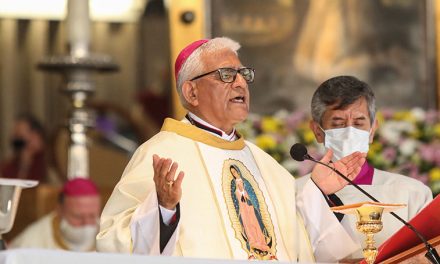 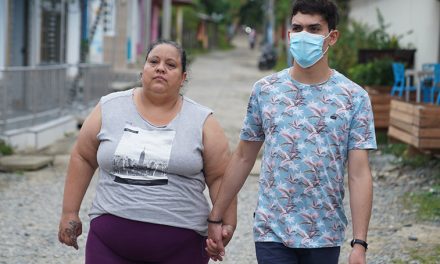 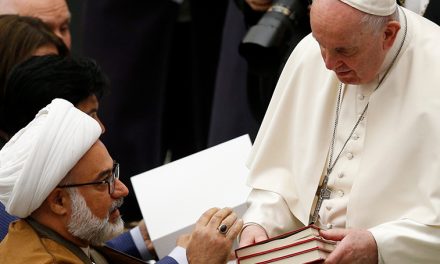 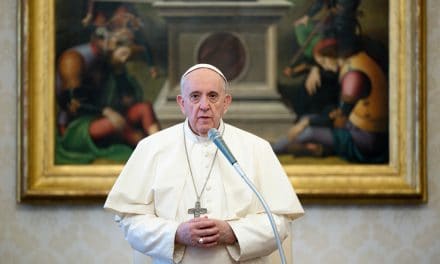