President increases cap on refugees coming into the United States while admitting the goal for this year will be hard to achieve.

WASHINGTON (CNS) — President Joe Biden announced May 3 he was raising the historically low refugee cap of 15,000 left by the Trump administration, but he also warned that his administration may not be able to meet the new number of refugees it is seeking to resettle in what remains of the fiscal year: 62,500.

In a statement, the president said that while the previous cap set by Trump did not reflect the country’s values “as a nation that welcomes and supports refugees,” it may be difficult for his administration to meet the new goal.

“The sad truth is that we will not achieve 62,500 admissions this year. We are working quickly to undo the damage of the last four years. It will take some time, but that work is already under way,” he said in the statement. “We have reopened the program to new refugees. And by changing the regional allocations last month, we have already increased the number of refugees ready for departure to the United States.”

The announcement was aimed at sending a signal, he said, “to remove any lingering doubt in the minds of refugees around the world who have suffered so much, and who are anxiously waiting for their new lives to begin.”

In November, Biden said during a virtual Jesuit Refugee Service event that he would be heading in a dramatically different direction than the previous administration on refugee admissions and said he would raise the ceiling when he took office to 125,000.

That soon proved to be a difficult goal, given the dismantling of the program under the Trump administration.

Biden’s May 3 statement said that while he will stick to the original figure he first promised, that, too, was proving to be a challenge. 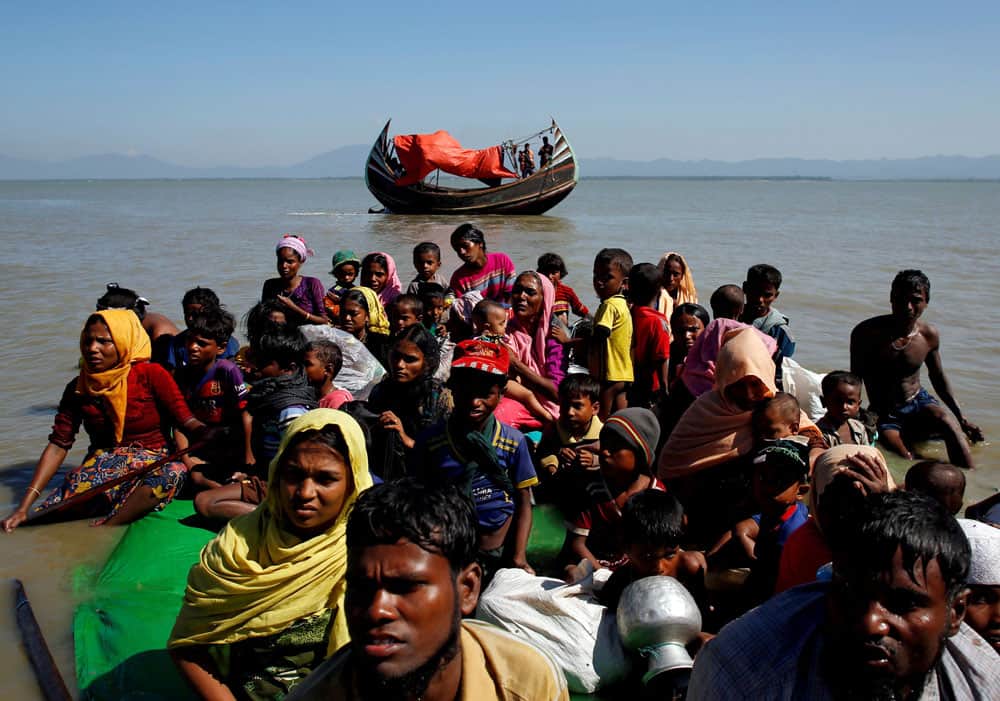 “The budget that I have submitted to Congress also reflects my commitment to the goal of 125,000 refugee admissions in the first fiscal year of my presidency. That goal will still be hard to hit,” he said.

“We might not make it the first year. But we are going to use every tool available to help these fully vetted refugees fleeing horrific conditions in their home countries. This will reassert American leadership and American values when it comes to refugee admissions,” Biden added.

On May 4, the U.S. Conference of Catholic Bishops’ Committee on Migration said it welcomed the news.

Bishop Mario E. Dorsonville, auxiliary bishop of Washington and committee chairman, said the news  comes during a particularly difficult time for people on the move, with more than 26 million refugees worldwide and more than 47 million people who are internally displaced.

“As a nation of immigrants, we have a moral obligation to help our brothers and sisters around the world who are in need. The updated refugee admissions cap is a step in the right direction to help those who need it most,” Bishop Dorsonville said.

The bishop said he was pleased with the administration’s previous decision to reinstate the regional allocation framework, but this increase was a crucial step toward rebuilding the crippled Refugee Admissions Program. We view this number as a steppingstone toward the administration’s stated goal of 125,000 admissions, a figure more consistent with our values and capabilities as a nation.”

He said that the United States had long been a leader in refugee resettlement and as the world finds itself “in the midst of the greatest forced displacement crisis of our lifetime,” it was important to ensure the safety of those facing dangerous conditions.

“The Catholic Church teaches that every person is created in God’s image and must be valued, protected and respected for the inherent dignity that he or she possesses. It is more important now than ever that our country continue to lead as we address this humanitarian emergency,” he said.