Minneapolis archbishop prays for healing the nation, comfort for George Floyd’s family and for all who mourn and seek justice.

WASHINGTON (CNS) — Although Catholic leaders across the country called the April 20 jury verdict in the Derek Chauvin trial a moment of justice, they also stressed there is still a lot of work to do to move toward healing.

Archbishop Bernard A. Hebda of Minneapolis and St. Paul called the verdict — which found the former Minneapolis police officer guilty on all counts for his role in the death of George Floyd last spring — “a sobering moment for our community.”

“The decision by a jury of peers punctuates the grief that has gripped the Twin Cities in these last months and underscores the soul-searching that has taken place in homes, parishes and workplaces across the country as we together confront the chasm that exists between the brokenness of our world and the harmony and fraternity that our creator intends,” he said.

The archbishop said he was praying for healing in the nation’s communities in this challenging time and for comfort for the Floyd family and for all who mourn and seek justice.

In an April 21 statement, Washington Cardinal Wilton D. Gregory said he echoed Archbishop Hebda’s call for “peace and nonviolence in all of our communities.” He also urged people to renew their commitment to respect each other and remember their shared humanity.

Other bishops around the country echoed this response soon after verdict was issued as many were gathered outside in Minneapolis and around TV sets and phones across the country awaiting the jury’s decision in the late afternoon that came after more than 10 hours of deliberation over two days. 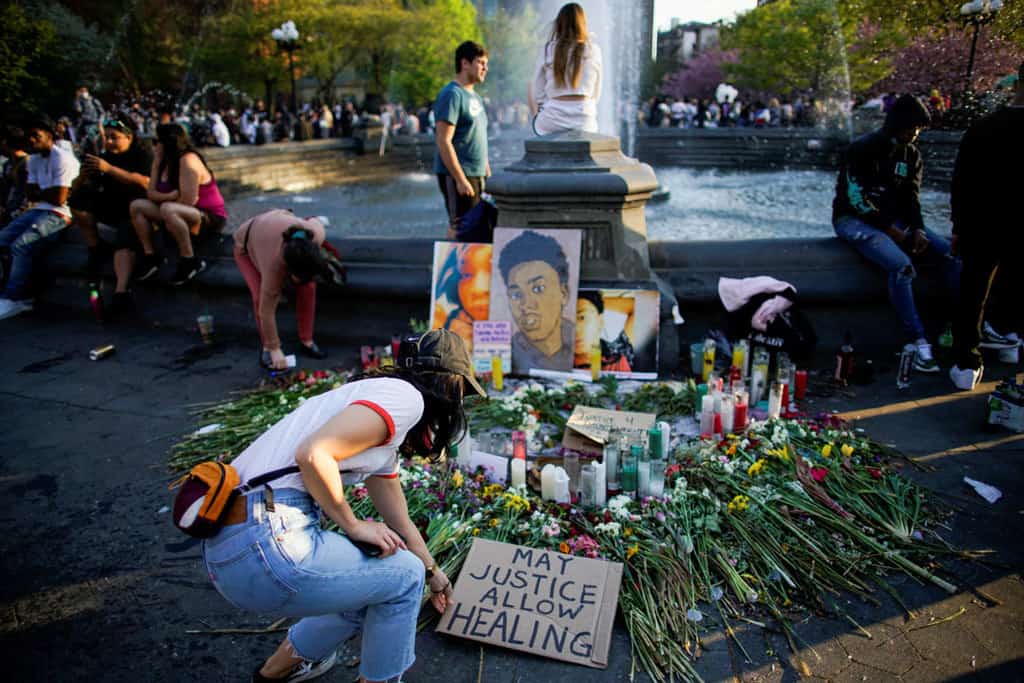 Baltimore Archbishop William E. Lori said the “just verdict” should bring “more than a sigh of relief,” stressing that it should “spur us on in the peaceful but persistent struggle for racial justice, for genuine police reform and toward the creation of peaceful cities and neighborhoods.”

He also said the continued work is up to everyone in “overcoming racism, prejudice and other injustices.”

He said the image of Floyd’s confrontation with police and the final moments of life, “will forever challenge us and must always compel us to create a more compassionate and just society, where all enjoy equal rights and protections under the law.”

Chauvin’s high-profile trial was three weeks long and included testimony from dozens of witnesses and hours of video footage. But just because the trial is over does not mean underlying issues are resolved, another bishop said.

“We must still face the reality that we are not done with racism,” said Bishop W. Shawn McKnight of Jefferson City, Missouri. “In our own communities, including in the Diocese of Jefferson City, individuals are being humiliated and denigrated because of their race. Their human dignity is being crushed and defiled because they are seen as ‘other’ or ‘less than.'” 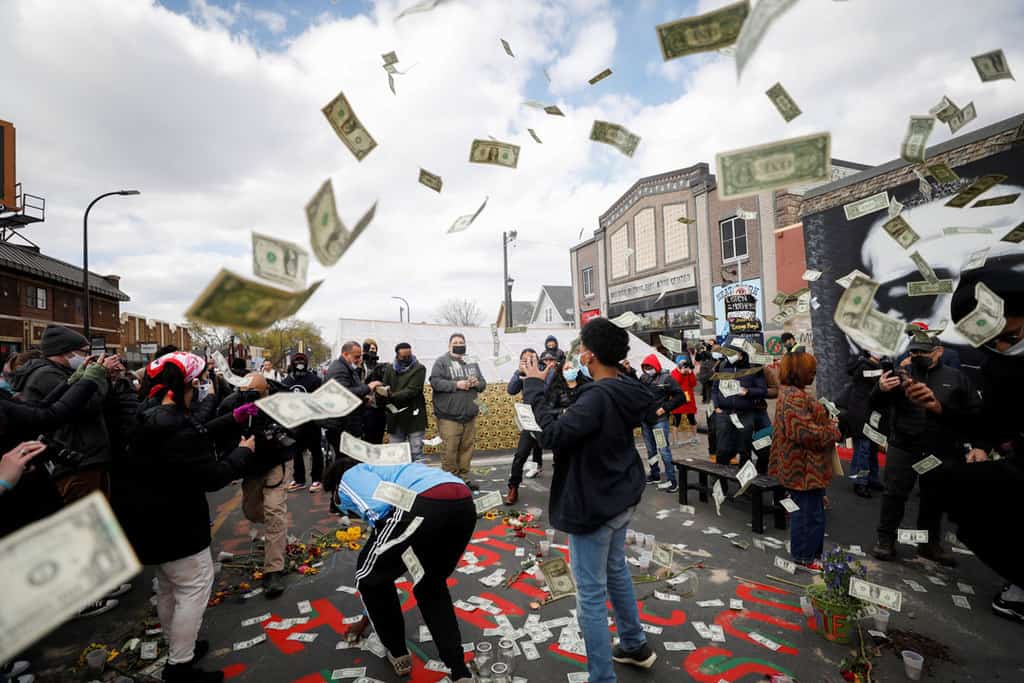 In a statement, he said, “Violence motivated by racism must stop,” and he asked people to pray for this to happen, urging an “awakening of consciences in every American, but especially in our faithful.”

Bishop John E. Stowe of Lexington, Kentucky, president of Pax Christi USA, added his voice to those who said the verdict in the case of Floyd’s death could be the start of something new, saying it “marks the beginning of an era of accountability for the violation of human dignity and the taking of human life by those in power.”

He also said the jury’s decision affirms the message “shouted on our streets for nearly a year: George Floyd’s life matters, Black lives matter. Let us pray that a precedent has been set that will allow people of color to know that their lives are to be protected by law enforcement and that there will be consequences when they are not.”

The bishop pointed out that what happened to Floyd was not an isolated event, saying: “There are many other families who are longing for this kind of justice and recognition of the worth of the lives of their loved ones; we must work to make this verdict the norm rather than the exception.”

The nation’s bishops were not the only Catholic leaders to publicly react to the long-anticipated verdict. Leaders of Catholic organizations also were quick to issue statements or respond on social media to the jury’s decision and its implications.

Dominican Sister Donna Markham, president and CEO of Catholic Charities USA, offered prayers for Floyd’s family and similarly echoed the call for the nation to do more.

“While there may be a brief sense of relief that justice has been served, ” she said, “we must acknowledge that, as a country, we still have a lot of work to do to eradicate the pervasive racism and continued disregard for human life that continues to play out in communities across the country.”

She said Catholic Charities “remains committed to addressing issues of inequality and discrimination, by leading conversations on race, speaking up for the under-served and providing resources to remain educated on this systemic issue.” 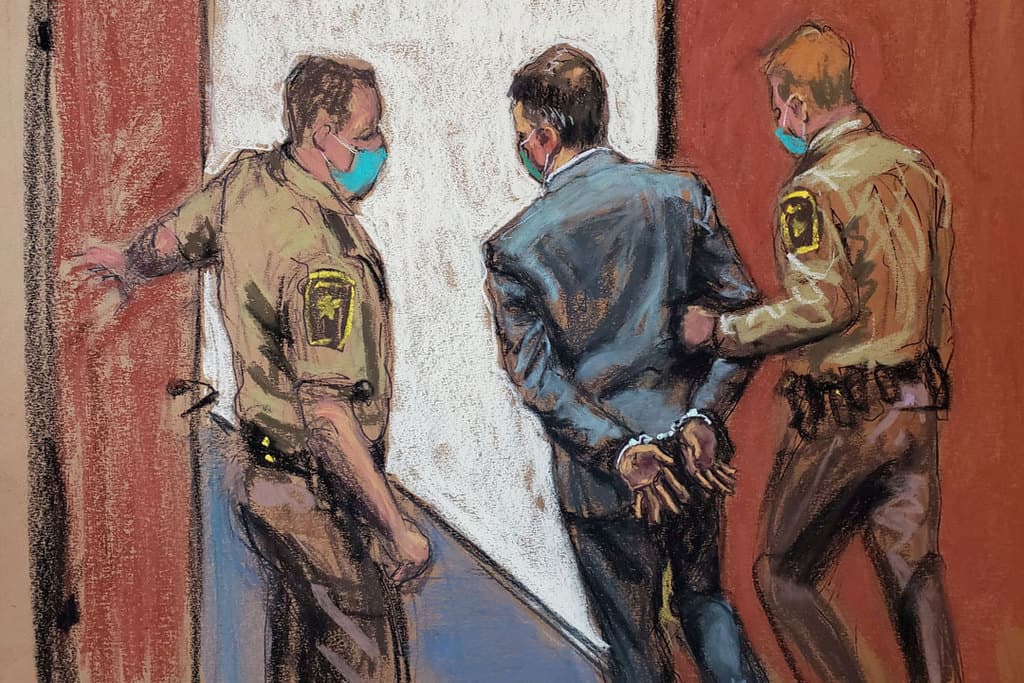 Similarly, Mercy Sister Mary Haddad, president and CEO of the Catholic Health Association of the United States, said the verdict in the Chauvin case should bring people together in a renewed commitment to racial and social justice.

Other sisters responding to the verdict included the general council of the Dominican Sisters of Adrian, Michigan, who said: “the nation takes the collective breath that Mr. Floyd was denied.”

The sisters said they grieve the loss of Floyd’s life and pray that Chauvin “may come to understand the monumental consequences of his lethal actions.”

And like many others, they urged Americans to take action against racism that “for too long has imperiled the lives of our Black brothers and sisters, sickened our souls and debased our democracy.” They said they would similarly step up, saying they would “commit to doing all we can to that end.”

Sister Helen Prejean, a Sister of St. Joseph of Medaille, who is a longtime activist against the death penalty, similarly viewed the verdict as a sobering call to do more.

In an April 20 tweet she said: “The conviction of one individual is a small measure of justice when we have a system that remains plagued with centuries-worth of racism in the law and in practice. I pray that this will be a catalyst for real change.”

Lay leaders also responded to the trial’s outcome which captured so many people not just in the past three weeks but in the last 11 months since Floyd’s death. 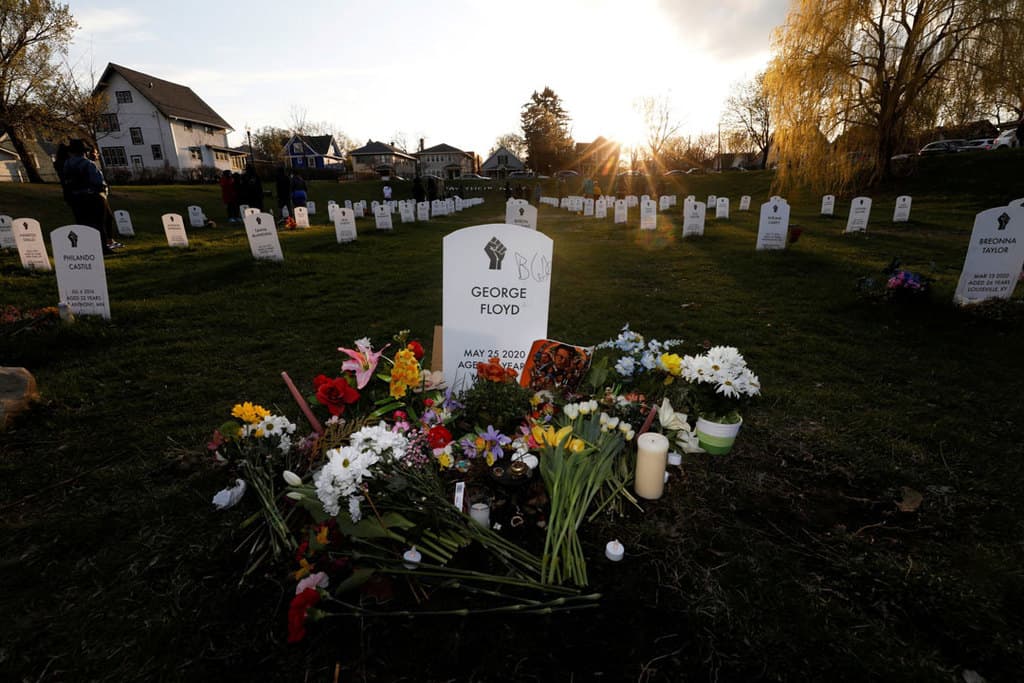 John Gehring, Catholic program director at Faith in Public Life, a Washington-based advocacy group, echoed the sense of a “deep breath of relief for this decision,” but he similarly coupled with an acknowledgment of the ongoing challenge ahead.

“We can never forget that George Floyd and many others killed by police violence begged for breath they were denied. In that remembering, the struggle for justice continues,” he said.

Patricia McGuire, president of Trinity Washington University, likewise noted the somberness of this case, saying that while people cheered the verdict, “the bitter reality of the Chauvin case is that George Floyd remains deceased” as do other Black men and women who were killed by police officers in the past year.

“No single verdict can restore justice for the Black and Brown communities so devastated by official violence and real oppression,” she said.

But she also recognized steps that can be taken, like ones happening now on Trinity’s campus.

“We believe that the most effective way to create social change is to make sure that our Black and Latina graduates have opportunities to become leaders in a wide range of professions, forging pathways in places where persons of color have been excluded or under-represented for far too long,” she wrote.

McGuire acknowledged that the campus effort “may seem like a long way from that Minnesota street where George Floyd lost his life,” but she sees it as a step in the right direction.