April 11 elections in South America could have lasting impacts, amid the fight against COVID-19.

LIMA, Peru (CNS) – A trio of elections along South America’s Pacific Coast on April 11 could define how countries are governed, including church-state relationships, after several years of upheaval.

Chile will elect a constituent assembly that will rewrite the country’s constitution. Peru will hold the first round of its presidential elections, choosing two candidates who will face off in June. Ecuador will elect a new president.

The elections could have lasting impacts, coming amid the continued fight against the pandemic that has revealed major deficiencies in health systems and infrastructure and in the wake of protests that shook the three countries in the past two years. Chile and Ecuador witnessed prolonged anti-government protests in the final months of 2019, while Peru went through a week of protests in November that saw two presidents toppled in a matter of days. Peru has had five presidents since 2016.

The elections in Chile could be a turning point for the country and the region as a whole. The country of nearly 19 million people will elect 150 people to rewrite the 1980 constitution. The constitution is one of the last vestiges of the country’s long military dictatorship that ended in 1990. 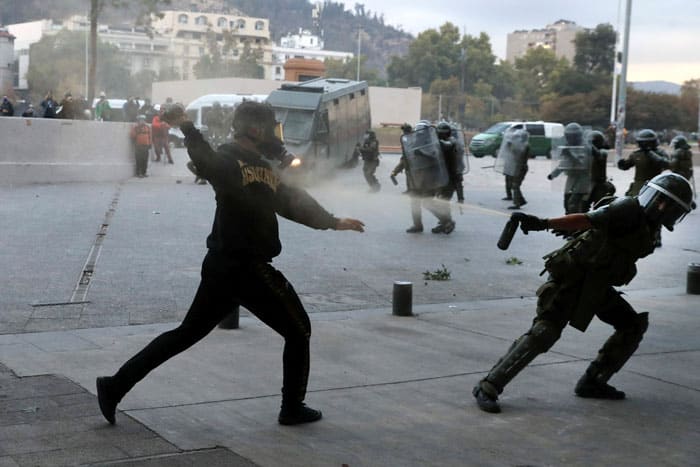 A riot policeman uses pepper spray on a demonstrator during a protest against the Chilean government in Santiago March 19, 2021. (CNS photo/Ivan Alvarado, Reuters)
The decision to draft a new constitution came after violent protests in the final quarter of 2019 that shook Chile and spooked its neighbors. Last October, nearly 80% of voters approved the need for a new constitution.

Lucas Serrano, a political science professor at Chile’s Universidad San Sebastián, said that while it is too early to predict what will be included in the constitution, Chile’s traditional powers, including the influential Catholic Church, are looking at a different future.

A number of big social issues, such as euthanasia and same-sex marriage, are already under debate, and that will continue with the constituent assembly. The same issues will likely frame general elections later this year. Chile will elect a new president and Congress in November. President Sebastián Piñera cannot run for reelection.

“Chile has changed dramatically. The de facto actors, like the church, have seen their roles diminish. The church is still important, but it has lost ground,” said Serrano. “There is a separation of church and state that did not exist before.”

He said mismanagement of pedophile cases involving the clergy, including the high-profile case Fernando Karadima, continue to affect the church’s image. 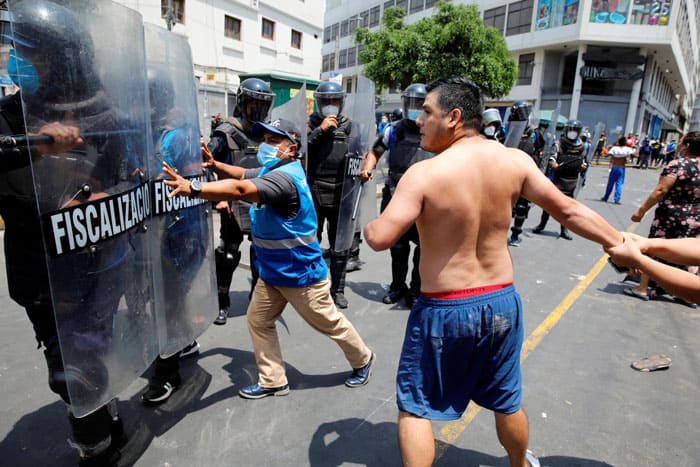 Peruvian voters face an unwieldy ballot, with 18 candidates competing for president. The options range from a hard-right businessman who has been a member of Opus Dei since his teens to far-left candidates who are old-school Marxists.

Voters in this country of 32 million people are not impressed. The leading candidate, left-leaning Yonhy Lescano, had 14% in a poll released March 23 by Datum Internacional. He is the only candidate in double digits. Six candidates are battling for second place. Under Peru’s election rules, if one candidate does not receive 50%, the top two finishers meet in a runoff. The runoff would be held in June. Interim President Francisco Sagasti cannot run.

The country’s Catholic bishops, in a mid-March letter, wrote that Peruvians will be voting during one of the worst crises in the country’s 200 years of independence. The pandemic has ravaged the economy, with gross domestic product contracting by 11% last year and unemployment rising from 6% to 14%. Peru leads South America in per capita deaths from COVID-19. The pandemic emerged in an already tense political context, with all of Peru’s elected presidents in jail, under house arrest or facing arrest for corruption. The crisis reached a climax in November, with Congress installing Sagasti as a caretaker.

“Faced with this situation, the Peruvian people run the risk of losing hope and falling into a collective depression with respect to politics, which would be very grave,” the bishops wrote.

The church also has to contend with Rafael López Aliaga, a businessman and lay member of Opus Dei. He enjoys discussing his celibacy and use of a cilice. He told foreign reporters that a criteria for campaign stops was making sure there would be a priest who could offer him Communion.

He is in second place in the Datum poll with 9%, the fastest-moving candidate in March polls.

“López Aliaga’s followers talk about him as the candidate of the church, which is a problem for the bishops. I think there is also tension among the bishops, because what López Aliaga says is not the line with what Pope Francis and the new leaders of the church in Peru are saying,” he said. 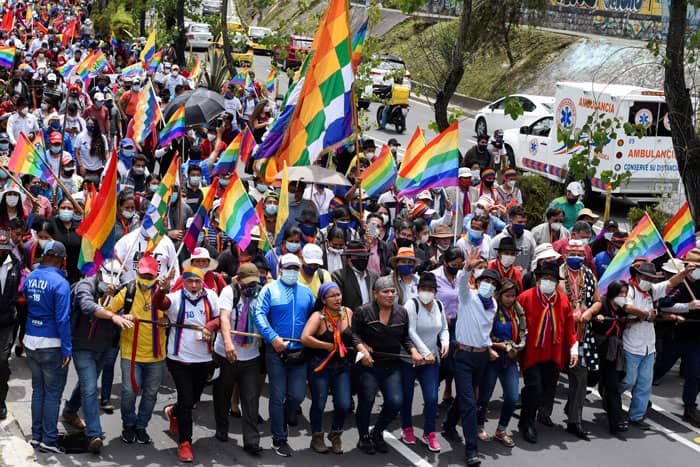 In Ecuador, voters in the presidential runoff have the option of leftist Andrés Arauz and conservative Guillermo Lasso, a banker. Current President Lenín Moreno cannot run for reelection in this country of 17.5 million people.

Anastasio Gallego, a former priest and professor at Ecuador’s Universidad Santa María, said the left-right polarization in the country is counterproductive and that voters are interested in employment and the pandemic–they want to be vaccinated against COVID-19.

Gallego said Lasso’s connections to Opus Dei could be a problem for the bishops. As in Peru, Lasso is being identified as the church’s candidate. Gallego said he worries that some in the hierarchy could embrace this.

“I think the bishops need to be in line with the teachings of Pope Francis. This is not something we are seeing today,” he said.