Police and Military in Indonesia to Step Up Security at Churches for Easter
By UCA News
Mar 31, 2021
News
ShareTweet it!LinkedinEmailPrint

About 50,000 churches are to be guarded following the suicide attack on a cathedral on Palm Sunday.

Security officers will guard churches across Indonesia at Easter following the suicide bombing at a cathedral on Palm Sunday.

A couple who had been married for six months and belonged to the Jamaah Ansharut Daulah (JAD) network launched the attack on the Sacred Heart of Jesus Cathedral in Makassar, capital of South Sulawesi province, killing themselves and leaving at least 21 people injured.

A police anti-terror squad has arrested 10 members of JAD, a group affiliated to the Islamic State, in the capital Jakarta, Bekasi in West Java province and Bima in West Nusa Tenggara province. Several bombs were found at their houses.

About 50,000 churches across Indonesia are to be guarded during the Easter Triduum, which runs from Holy Thursday to Easter Sunday.

Father Antonius Suyadi, chairman of Jakarta Archdiocese’s Ecumenical and Interreligious Affairs Commission, said security officers will increase patrols at Our Lady of the Assumption Cathedral in the capital and at churches in the archdiocese’s territory.

“We have coordinated with Jakarta police to guard the churches. We hope the worship services will proceed safely,” Father Suyadi told UCA News. 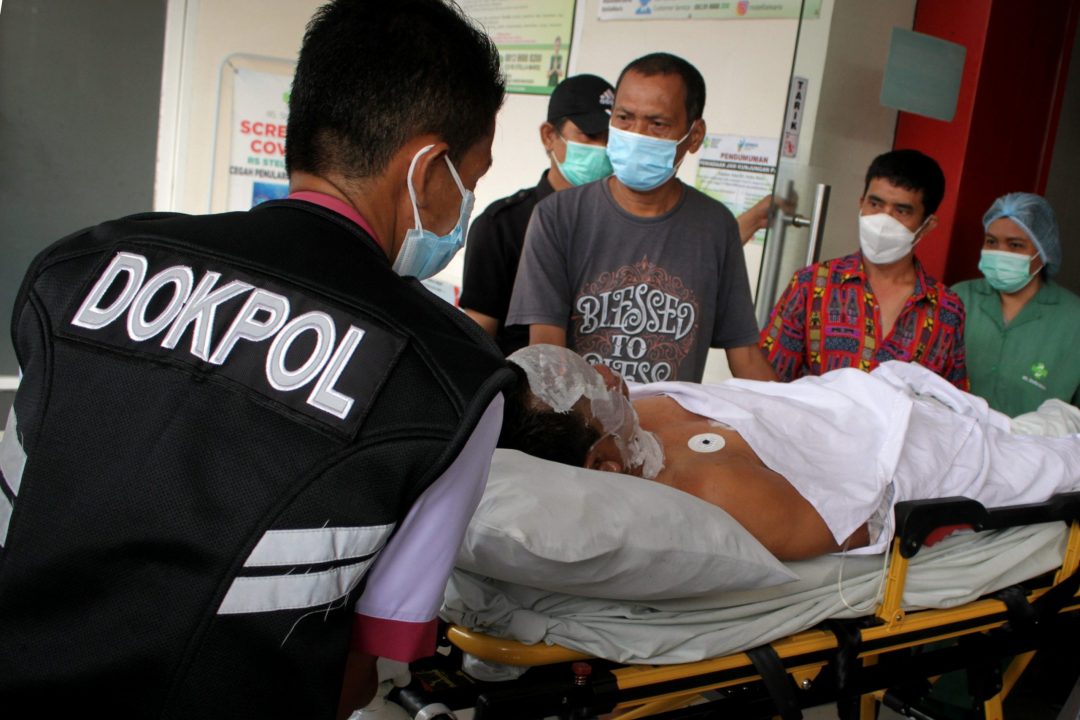 He said about 300 police and military personnel as well as interreligious groups will guard churches during Masses at Easter.

“We hope parishes will be alert and coordinate with local police. The gates of churches should always be closed during Mass,” Father Suyadi said.

Archbishop Agustinus Agus of Pontianak in West Kalimantan province has issued a letter to his parishes and called on Catholics to coordinate with local police about security during Easter Masses.

The prelate said he has coordinated with police to secure St. Joseph Cathedral in Pontianak.

Father Damianus Fadjar, priest of Our Lady of Peace Queen Parish in Banyuwangi of Malang Diocese in East Java province, said congregation members are guarding the church following the bombing in Makassar.

He said police and military personnel as well as members of Multipurpose Front (Banser), a wing of Nahdlatul Ulama, the biggest moderate Islamic organization in Indonesia, will guard churches during Easter Masses. 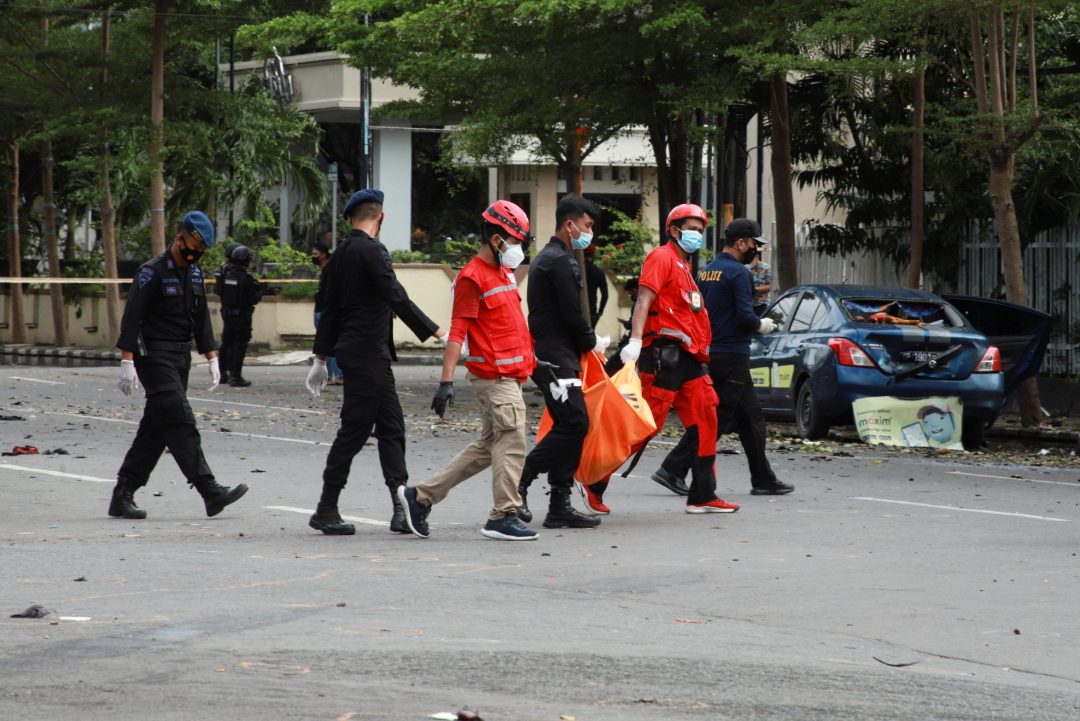 Father Chris Ludong from Manado Diocese in North Sulawesi province said security at churches in the diocese will be tightened but Catholics should not be afraid to attend Masses.

“Churchgoers are asked to attend Masses during the Easter Triduum but they should not bring bags,” he told UCA News.

He said security guards will check everyone at the gate before they enter the church.

Police and military officers have closed access for the public to two cathedrals in Semarang in Central Java province and Surabaya in East Java as well other churches since the bombing in Makassar.

National police chief Listyo Sigit Prabowo has asked officers to step up security at churches during services and called on Christians to not be afraid to go to their churches.