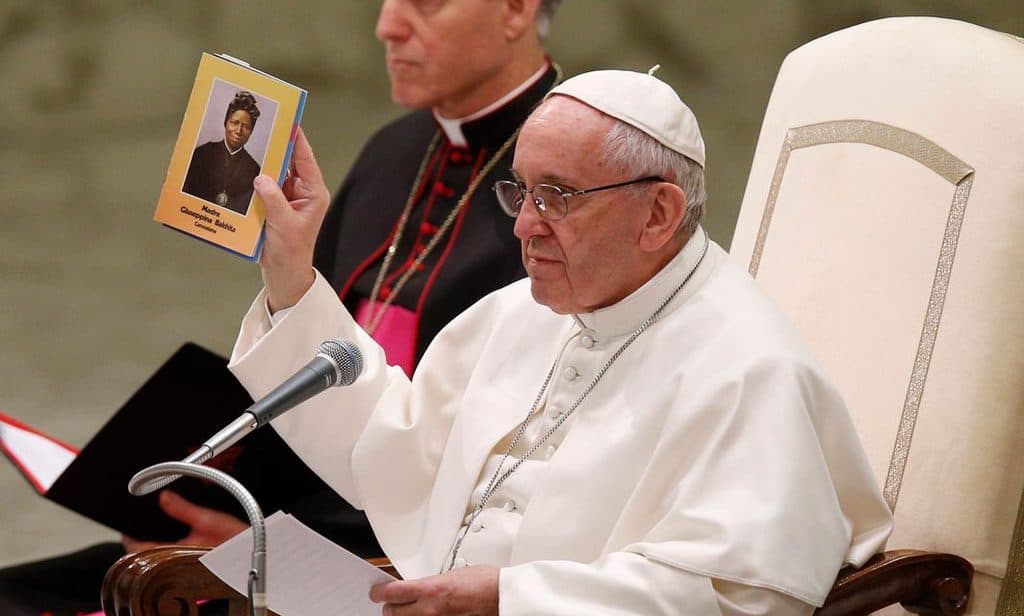 On international day of prayer against human trafficking, Pope Francis advocates for an economy free of such abuse.

VATICAN CITY (CNS) – For economic policies and systems to promote an end to human trafficking, they must care about people, their dignity and working conditions, and they must be regulated in ways that promote social justice, not special interests, Pope Francis said.

An economy without human trafficking will require “the courage of patient construction, of planning that does not look always and only at the very short-term gains, but at the medium- and long-term fruits and, above all, at people,” he said in a video message marking the International Day of Prayer and Awareness Against Human Trafficking.

The international day, established by Pope Francis, is celebrated annually Feb. 8, the feast day of St. Josephine Bakhita, who had been sold into slavery as a child.

The pope’s message in Italian was broadcast during a cross-continental “prayer marathon” online to pray for an economy free of exploited, trafficked persons. This year’s day of prayer sought to raise awareness about the economic systems and pressures leading to and fostering human trafficking.

In his message, Pope Francis said the day was an important way to remember this ongoing global tragedy and to inspire concrete action leading to people’s actual liberation and reintegration into society as active builders of the common good.

Victims of trafficking “are the protagonists of this day,” he said, and “we are all at their service.”

When it comes to creating an economy without human trafficking, Pope Francis said it would have to be an “economy of care,” meaning, it takes care of people and nature, and offers products and services aimed at fostering the common good.

It would be an economy that creates employment opportunities “that do not exploit workers through degrading working conditions and grueling hours,” but upholds solidarity to weave a more secure and sound social fabric.

“An economy without human trafficking is an economy with market rules that promote justice, not exclusive special interests,” Pope Francis said. 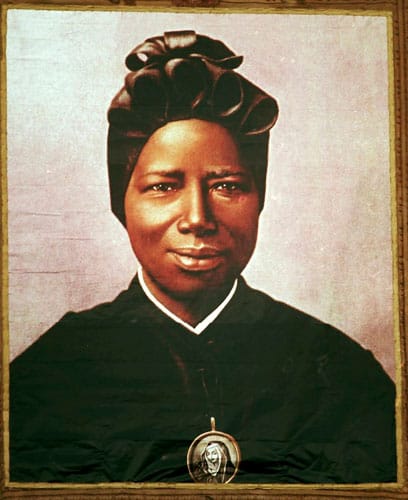 A tapestry of St. Josephine Bakhita, an African slave who died in 1947, hangs from the facade of St. Peter’s Basilica during her canonization in 2000 at the Vatican. The International Day of Prayer and Awareness Against Human Trafficking is celebrated on the Feb. 8 feast of St. Bakhita. (CNS photo/L’Osservatore Romano via Reuters)
A deregulated market only follows the logic of calculating pros and cons, he said, where “choices are not made on the basis of ethical criteria, but by pandering to dominant interests, often cleverly obscured by a humanitarian or ecological veneer. Choices are not made by looking at people: people are numbers, to be exploited.”

He said there needs to be a “courageous economy” that has “the courage to combine legitimate profit with the promotion of employment and decent working conditions.”

The COVID-19 pandemic has “worsened the conditions of labor exploitation,” he said. “Job losses have penalized many trafficked persons in the process of rehabilitation and social reintegration.”

In fact, in times of crisis, human trafficking increases, “therefore, we need to strengthen an economy that may respond to the crisis in a way that is not short-sighted,” but that aims for a solid, long-lasting solution.

After praying the Angelus Feb. 7, Pope Francis asked people to make an effort in supporting an economy that does not treat human beings like “a commodity, an object.” The aim of work is to serve people, “not use them like merchandise.”

Comboni Sister Gabriella Bottani, coordinator of Talitha Kum—an international network of women and men religious fighting trafficking—said, “the dominant economic model is one of the main structural causes of human trafficking in our globalized world,” according to a Feb. 5 press release from the organizers of the international day.

The day of prayer spanned the different time zones from Oceania, Asia and the Middle East on to Africa, then Europe and finally South and North America at https://preghieracontrotratta.org/.

Talitha Kum coordinates the work of the partner organizations that prepare the world day of prayer.

Featured image: Pope Francis holds a booklet with an image of St. Josephine Bakhita, who was sold into slavery as a child, during his general audience at the Vatican in this Feb. 8, 2017, file photo. The pope released a video message marking the International Day of Prayer and Awareness Against Human Trafficking, which is celebrated on the Feb. 8 feast of St. Bakhita. (CNS photo/Paul Haring) 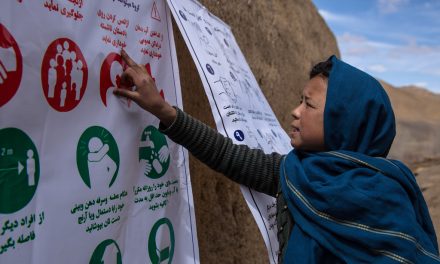 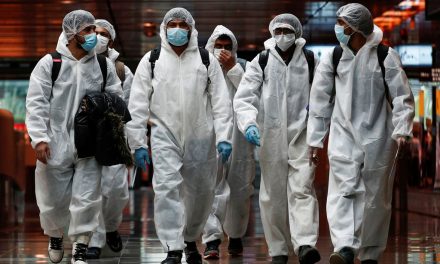 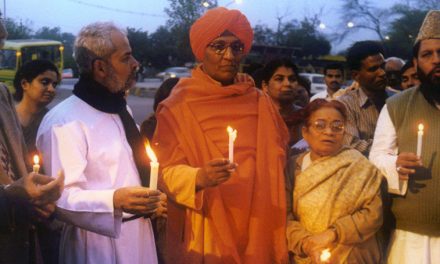 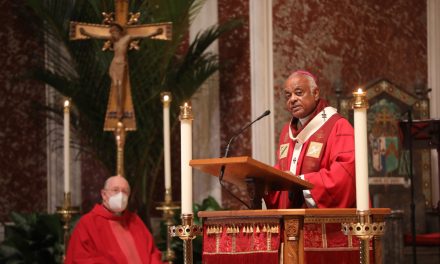