These countries have been occupying positions ranging from first to 10th for global Christian persecution since 2015, according to the report released on Jan. 13.

Christians in these nations are harassed, discriminated against and put to death for their faith because the majority community and authoritarian governments view Christianity as a relic of white privilege and a symbol of Western colonialism, the group said.

Except in North Korea, where the communist party’s diktats run riot, governments in the other five countries are remote-controlled by hardliners and conservatives who fear that Christianity is always susceptible to external influences and use it as a ploy to mobilize the majority against the Christian minority, the report said.

Of late, violence in the form of abductions, forced conversions and sex attacks perpetrated against Christian women go unnoticed and unreported as the governments and law-enforcement agencies, including the legal system, openly appease the majoritarian mob.

Less surprisingly, in countries such as Afghanistan, Yemen, India and Pakistan, the fringe elements act as the mainstream and inflict horrific abuses on Christians, the report said. 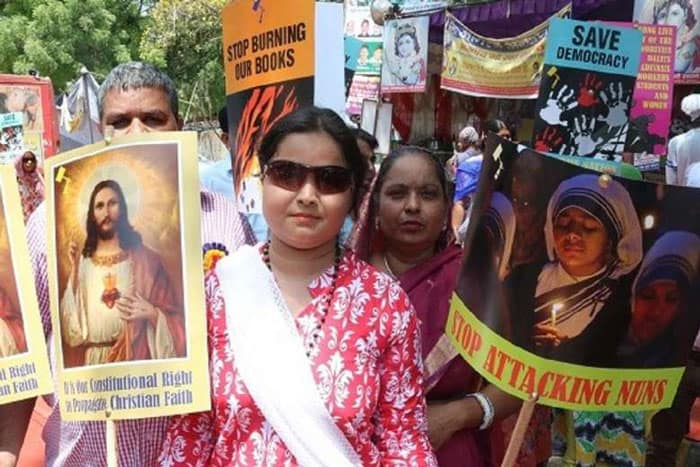 Christians demonstrate in New Delhi asserting their constitutional right to freedom of religion on May 13, 2016. (UCA News/IANS).

Christians in the worst-hit Asian countries are holed up in harsh labor camps where forced labor, torture, persecution, starvation, rape, forced abortion and sexual violence have become the order of the day.

Moreover, extrajudicial killings are staged when it suits the fringe elements and governments to enter the good books of the majoritarian mob after molding the political narrative of the country to suit violence.

The intolerant governments in these countries use the legal route to target Christians and sweeping anti-conversion laws and notorious blasphemy laws are in force that come in handy against Christians.

Open Doors has been compiling the World Watch List since 2002 and awards countries scores based on violence levels.

Other countries in this year’s list are Somalia, Libya, Eritrea and Nigeria in Africa.

In communist North Korea, paying obeisance to anyone or anything other than paramount and recalcitrant leader Kim Jong-un and his party is forbidden. Kim enjoys near-deification status and a personality cult.

No wonder then that the East Asian nation of 26 million people dubiously occupies the first slot in the Open Doors report, as it has for the past 20 years.
Being discovered as a Christian in 37-year-old Kim’s country can invite a lifelong stay in a labor camp as a political prisoner.

According to Open Doors, nearly 70,000 Christians are currently toiling in labor camps in North Korea. The Christian population living under the single-party dictatorship is pegged at 400,000.

With the help of secret police, Christians are identified and handpicked and there are instances of children being used against parents and husband against wife to zero in on a practicing Christian. 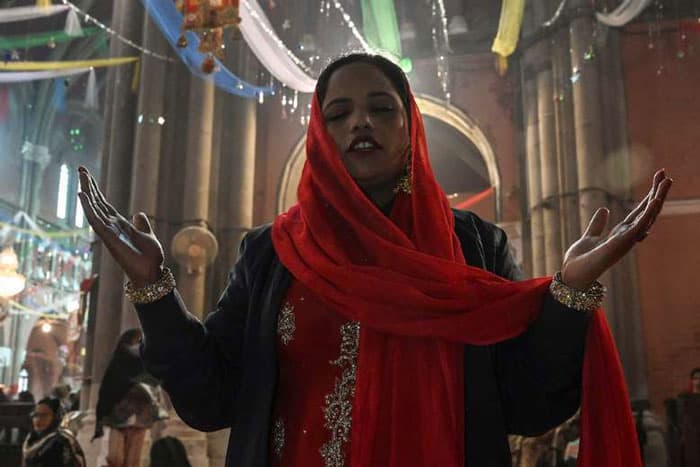 Forsaking the official Islam religion comes with dire consequences in Afghanistan, which is the second-worst Asian country for Christian persecution on the list.

Hardliners identify and round up Christians. Family members also engage in so-called “honor killings” of Christians to disown believers, making it hard for Christians to get new recruits.

In Pakistan, another Islamic country, Christians are considered second-class citizens and associated with low, dirty and dishonorable jobs. They are often victims of bonded labor, a form of modern-day slavery.

The misuse of the notorious blasphemy law threatens the lives of Christians who form just 1.59 percent in the overwhelmingly Muslim nation of 212 million.

From 2011 to 2015, which witnessed the rise of right-wing parties in Pakistan, more than 1,296 blasphemy cases were filed.

According to the US Commission for International Religious Freedom, there are 80 persons on death row or serving life imprisonment in blasphemy-related cases.

After the pro-Hindu Bharatiya Janata Party (BJP) came to power in 2014, Christians, particularly those in Hindi-speaking northern India, are accused of dubious conversions.

Hindu groups, collectively called Sangh Parivar, support the BJP’s goal of a theocratic Hindu nation and fear a rise in the Christian population will adversely affect their mission.

Any sort of public display of Christian faith can invite the wrath of right-wing groups, who have managed to keep tabs on foreign funding of Christian charity organizations to undermine their financial resources and routine functioning, the report said.

The impunity with which Christians are persecuted in these six Asian countries has created a regional problem which is the worst in the world due to the apparent reluctance of governments to investigate and prosecute the perpetrators.

Though one in eight Christians face violence worldwide, their number is two out of five in Asia, where Christians live in a climate of fear due to rampant religious persecution.