Cardinal-designate Felipe Arizmendi responsible for getting Pope Francis to allow the resumption of indigenous deacons.

Pope Francis responded immediately and proposed a meeting with the Mexican bishop for Dec. 12, 2013. Ordinations of indigenous deacons — prohibited by the Vatican for more than a decade — resumed shortly thereafter.

Cardinal-designate Arizmendi, 80, was among the 13 churchmen named to the College of Cardinals Oct. 25. Due to his age, he will not participate in any conclaves to elected future popes.

But for many in Mexico, the elevation is seen as the recognition of a prelate who continued the pastoral work of his towering predecessor in San Cristóbal de Las Casas, Bishop Samuel Ruiz. Cardinal-designate Arizmendi’s project of building a native church in a mostly indigenous diocese caused conflict with the church hierarchy and land-owning elites, but has found new appreciation since the election of Pope Francis. 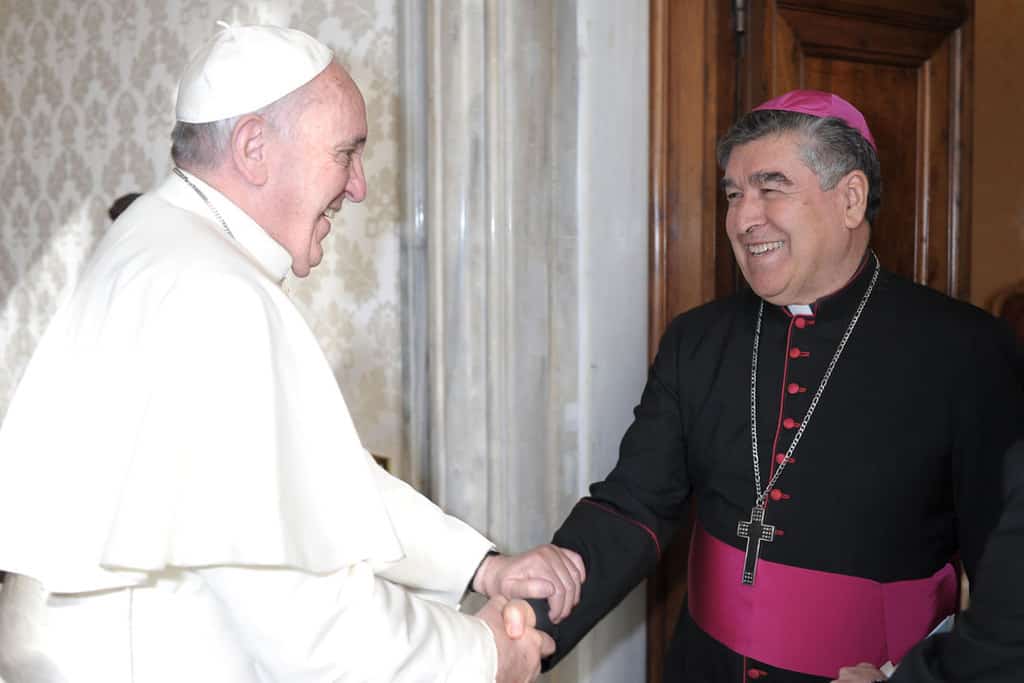 Bishop Felipe Arizmendi Esquivel of San Cristóbal de Las Casas, Mexico, greets Pope Francis during an audience at the Vatican in this Dec. 12, 2013, file photo. Cardinal-designate Arizmendi is among 13 new cardinals to be created by the pope at a Nov. 28 consistory. (CNS/Vatican Media)

“The basic message is an approval of this church in San Cristóbal de Las Casas, a church with this profile inherited from Samuel Ruiz,” said Jesuit Father Pedro Arriaga, a former diocesan spokesman under Cardinal-designate Arizmendi.

“It’s a very important diocese in Latin America. There’s no other diocese with so many deacons, and what this diocese has built is an autochthonous church,” one that is indigenous rather than descended from migrants or colonists.

Cardinal-designate Arizmendi arrived in San Cristobal in 2000 from the neighboring Diocese of Tapachula, on the Guatemalan border.

The Zapatista uprising occurred in 1994 with the group briefly occupying cities in the San Cristobal diocese. A peace agreement brokered by Bishop Ruiz was maintaining a tenuous peace.

Paramilitaries also committed the massacre of 45 indigenous members of a Catholic pacifist community known as Las Abejas in December 1997.

Bishop Ruiz’s coadjutor, Bishop Raúl Vera López, was appointed to lead the Saltillo Diocese in northern Mexico in late 1999 rather than assume the leadership of the San Cristóbal de Las Casas Diocese. Bishop Vera was more outspoken and “there was political pressure” that he not continue in Chiapas, Father Arriaga said.

Church observers expected radical changes with Cardinal-designate Arizmendi’s arrival in San Cristobal de Las Casas, but the new bishop “felt the spirit of Don Samuel,” Father Arriaga said. Though different in personality — “he was a bit dour and serious” and “solemn,” Father Arriaga said — and far less fiery in his pronouncements, Cardinal-designate Arizmendi stayed the course. 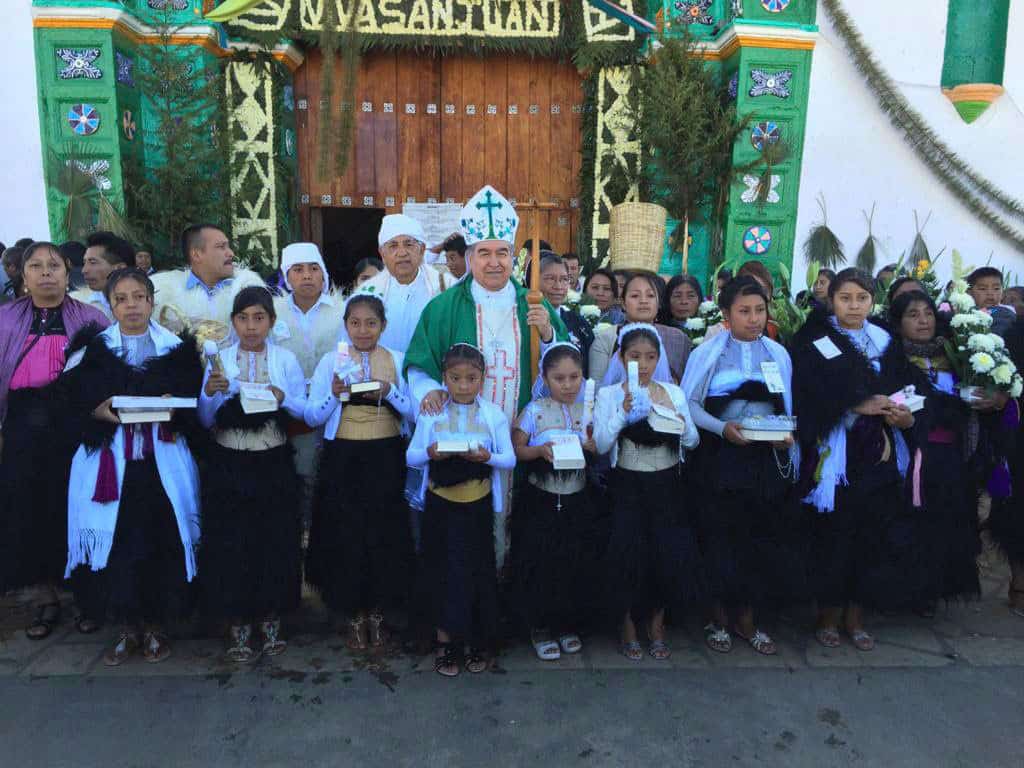 There were constraints, though: He was not allowed to ordain deacons.

Church leaders feared the practice of ordaining married, indigenous men — who often served remote settlements seldom visited by priests and whose wives also assumed leadership positions alongside them — would weaken the role of priests. There were also fears of opening the door to married priests.

Proponents, however, say a lack of pastoral attention has contributed to Chiapas becoming the least-Catholic state in Mexico as non-Catholic congregations grow rapidly.

Cardinal-delegate Arizmendi hosted Pope Francis for a February 2016 visit to Chiapas state, despite the Mexican government not wanting the pope to go there. While in Chiapas, the pope apologized for the “dispossession” suffered by indigenous peoples.

Ilán Semo, historian at the Jesuit-run Iberoamerican University, said he sees the new cardinal-designate “as one of the few bishops in Mexico who fully agrees with the pope.”

“He doesn’t believe in liberation theology, but believes in a church for the poor. He also had a focus that the Mexican church didn’t have: democracy, ecology and the subject of victims of violence. He was a modernizer in the Mexican church,” Semo said. 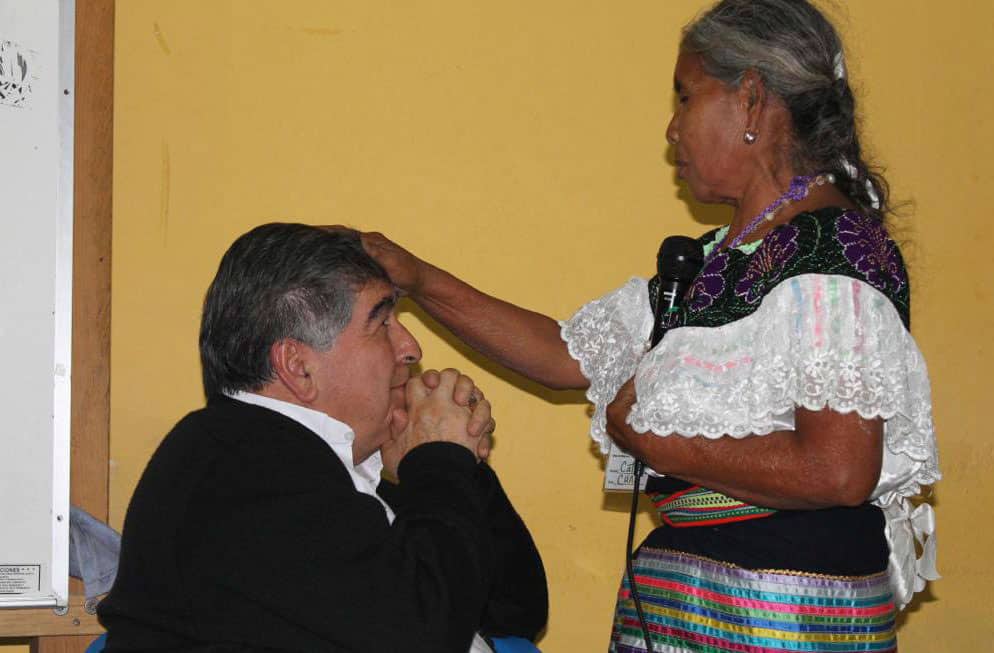 Cardinal-designate Arizmendi was born May 1, 1940, in Chiltepec, west of Mexico City. He was ordained a priest in 1963 and became rector of the seminary in the then-Diocese of Toluca. St. John Paul II appointed him bishop of Tapachula in 1991 and transferred him to San Cristobal de Las Casas in 2000. His resignation was accepted by Pope Francis in 2017.

The cardinal-delegate has authored more than 30 books and still writes a monthly column for the newspaper El Sol de Toluca, in the city where he resides.

He made headlines in June for being struck by a bullet fragment while driving from Toluca to his hometown. The fragment is still lodged in his neck, Father Arriaga said.