VATICAN CITY (CNS) — Pope Francis’ teaching on the “just war” theory is a crucial point of reflection in today’s world where the historic motives to morally justify aggression and violence are often misused, said Cardinal Michael Czerny, undersecretary for the Vatican’s Migrants and Refugees Section.

Pope Francis’ recent encyclical, “Fratelli Tutti, on Fraternity and Social Friendship,” rightly raises cautions about modern recourse to the just war theory because it often “is just misunderstood and misused as a justification and it is invoked as a shield, as a disguise for motives which are far from just and far from justifiable,” Cardinal Czerny said Nov. 18.

“In other words, my feeling is that what ‘Fratelli Tutti’ is doing is setting aside the possibility to use just war theory for rhetorical purposes — for the rhetorical, the communicational, the ideological repainting of aggression and violence in terms that are ‘justifiable,'” the cardinal said during a discussion of the encyclical at the Lay Centre at Foyer Unitas.

According to the Catechism of the Catholic Church, the justification for going to war is “subject to rigorous conditions of moral legitimacy.” However, in “Fratelli Tutti,” the pope warned that “it is easy to fall into an overly broad interpretation of this potential right.” 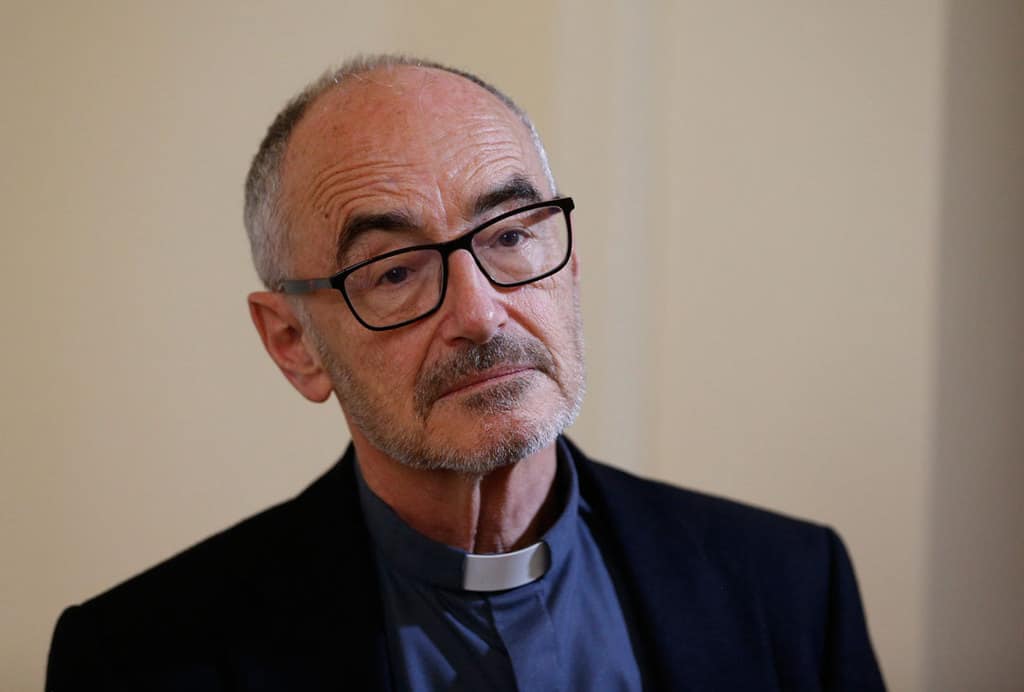 Cardinal Michael Czerny, undersecretary of the Vatican’s Migrants and Refugees Section, is pictured in Rome in this Sept. 27, 2019, file photo. At a Nov. 18 event in Rome, Cardinal Czerny said that Pope Francis’ teachings on the “just-war” theory are a crucial point of reflection in today’s world where morally justified reasons for aggression and violence are often misused. (CNS photo/Paul Haring)

Pope Francis also raised the question of “whether the development of nuclear, chemical and biological weapons, and the enormous and growing possibilities offered by new technologies, have granted war an uncontrollable destructive power over great numbers of innocent civilians.”

“We can no longer think of war as a solution because its risks will probably always be greater than its supposed benefits,” one of the main criteria of just-war theory, Pope Francis wrote. “In view of this, it is very difficult nowadays to invoke the rational criteria elaborated in earlier centuries to speak of the possibility of a ‘just war.’ Never again war!”

Cardinal Czerny said the pope’s words should help individuals look at their “own use of ‘just war’ theory.”

“How do you justify your acts of aggression? How do you convince yourself that a value, a good benefit is worth the violence that you are contemplating or in fact, carrying out?” he asked. 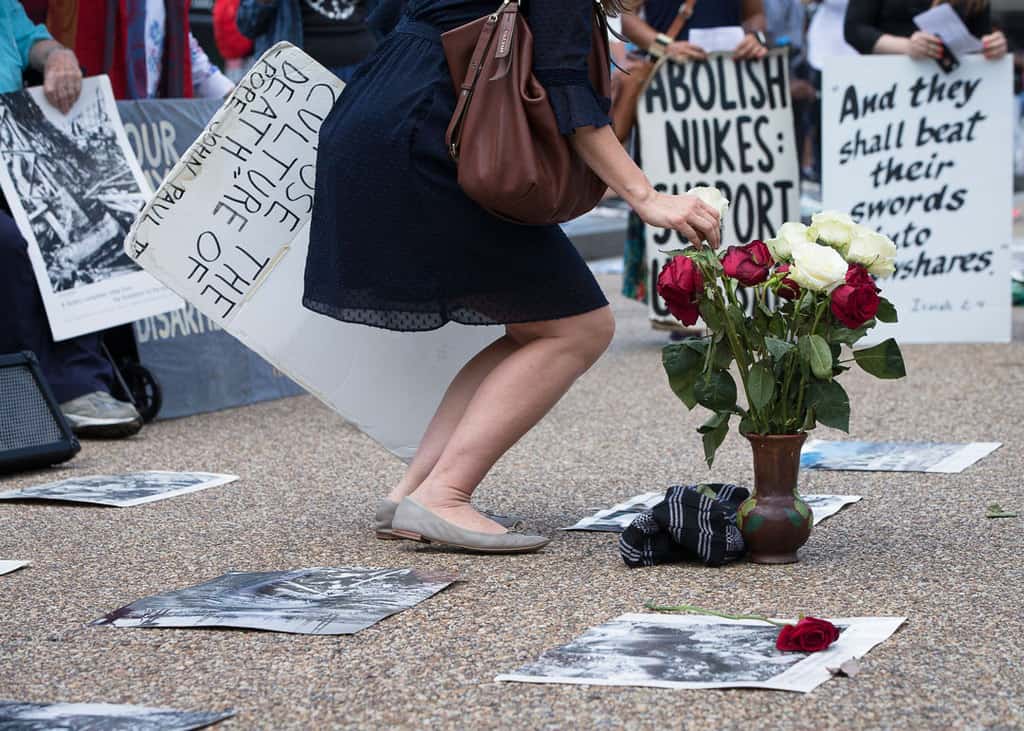 Peace activists hold a Catholic prayer service of repentance near the White House for the use of nuclear weapons on Japan during World War II in this 2018 file photo. As the encyclical “Fratelli Tutti, on Fraternity and Social Friendship” concludes, Pope Francis prays that God will “inspire in us a dream of renewed encounter, dialogue, justice and peace.” (CNS/Tyler Orsburn)

The Canadian cardinal said that many people today have not fully grasped “the terror that we are now capable of,” and they don’t understand that the notion that war is proportional to the good that it can achieve “has been outstripped by our own so-called technological and industrial capacity to produce weapons of ever-greater sophistication and ever-greater horror.”

The “mechanics of war, the hardware of war, is itself now an argument against any possible justification,” he said.

Pope Francis’ reflection on the issue of morally justified warfare, he added, also serves to unmask “our abuse or our temptation to abuse ‘just war’ theory.”

Cardinal Czerny said that although the pope doesn’t address the economic aspect of war in the encyclical, one does not “have to scratch very much beneath the surface to see that here we have a business going on that is highly profitable.”

“I think it’s very important always to make a very penetrating and sober economic analysis of warfare because, increasingly, there are economic interests at work and to such an extent that we are not even talking about the same thing when we are talking about a just war, because what we are actually talking about is the business of war, the war business, with its investments and with its profits,” he said.

Feature image: A woman at the Los Angeles National Cemetery on Veterans Day Nov. 11, 2020, looks at photos of her father, who was in the U.S. Air Force and died from the effects of Vietnam War’s Agent Orange. (CNS/Lucy Nicholson, Reuters)