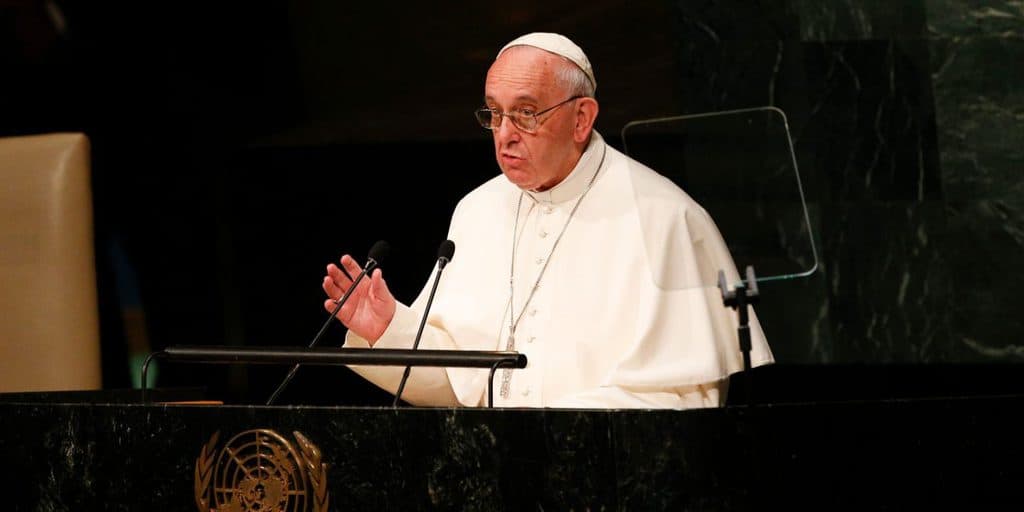 Pope Francis to address the COVID-19 pandemic during the U.N. General Assembly.

VATICAN CITY (CNS) — When he addresses, via video message, the U.N. General Assembly after Sept. 22, Pope Francis is expected to speak about using the coronavirus crisis as an opportunity to rethink economic, political and environmental policies in a way that will benefit humanity and the earth.

Since COVID-19 was officially recognized as a pandemic in early March, the pope has been urging individuals, organizations and governments to recognize the inequalities the pandemic has highlighted in economics and access to health care and education, as well as the ways current patterns of production and consumption have damaged the environment.

Pope Francis began a series of general audience talks Aug. 5 about the principles of Catholic social teaching that can help the world recover from the pandemic and move forward in a way that is better for human beings and for the environment.

He spoke about transforming “the roots of our physical, spiritual and social infirmities and the destructive practices that separate us from each other, threatening the human family and our planet.”

During a news conference Aug. 26 in Rieti, Italy, to launch a celebration marking events in the life of St. Francis of Assisi, Bishop Domenico Pompili replied to a comment about interreligious cooperation by saying that Pope Francis was preparing a new encyclical on “human fraternity,” a phrase used for a document on interreligious dialogue and cooperation signed in 2019 by Pope Francis and Sheikh Ahmad el-Tayeb, grand imam of al-Azhar.

The Vatican confirmed Sept. 5 that the pope was writing the encyclical and said he would sign it Oct. 3 in Assisi.

In a long interview published Aug. 27, Cardinal Pietro Parolin, Vatican secretary of state, was asked what principles of Catholic social teaching could help the global economy recover from the pandemic and its lockdowns.

“The priority is not the economy as such, but the human person,” he responded to Carlo di Cicco, former assistant editor of the Vatican newspaper, L’Osservatore Romano.

The interview was posted on Riparte L’Italia, the online magazine of an economic and social think tank.

“COVID-19 not only provoked a health crisis but impacted multiple aspects of human life: the family, politics, labor, businesses, commerce, tourism, etc.,” Cardinal Parolin said. “The broad and interconnected character of the pandemic constantly reminds us of the observation of Pope Francis that ‘everything is connected.’”

The cardinal said acceptance of the idea that the economy is not everything is the only explanation for why so many national and local governments ordered lockdowns to prevent the spread of the coronavirus; “It shows that the priority isn’t the economy but the person.”

However, he said, for the Catholic Church, it is not enough to be concerned about a person’s physical health. “The integrity of the human person must be cared for,” which means caring for the person’s spiritual, political and economic health as well, he said. 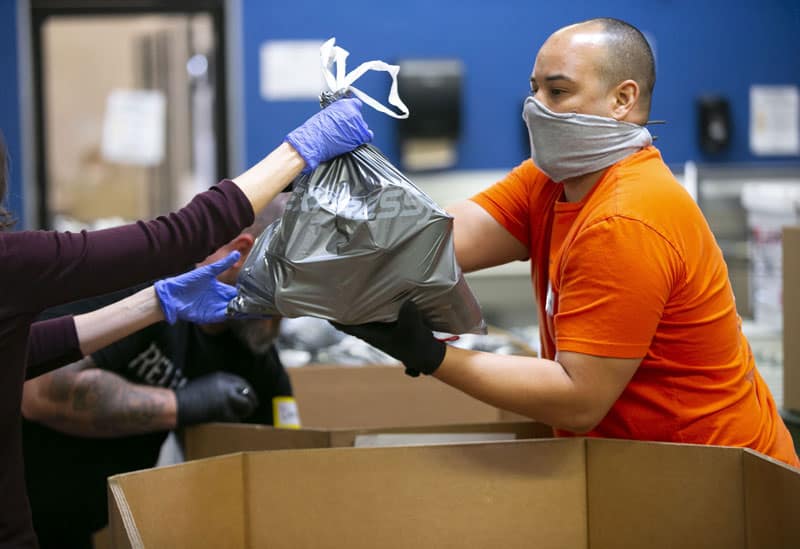 Adam Cadena, a United Food Bank volunteer, takes emergency food bags and places them in boxes at the United Food Bank warehouse in Mesa, Arizona, in this April 16, 2020, file photo. In an interview, Cardinal Pietro Parolin, Vatican secretary of state, said putting a priority on the human person is needed for economic recovery from the coronavirus. (CNS photo/David Wallace, Reuters)

Especially since St. John XXIII’s teaching about peacemaking in the face of the nuclear arms race, Cardinal Parolin said, Catholic social teaching has emphasized the interdependence of nations.

The pandemic revealed “our common weakness, our shared fragility,” he said. “However, instead of fostering cooperation for the universal common good, we see more and more walls rising around us, exalting borders as a guarantee of security and practicing systematic violations of the law, maintaining a situation of permanent global conflict.

“As Pope Francis recalled in Nagasaki (in November), arms spending reached its peak in 2019, and now there is a serious risk that, after a period of decline, including due to pandemic-related restrictions, it will continue to increase,” he said.

But, he said, the pandemic demonstrates that what is needed is “friendship and benevolence rather than hatred and fear.”

Catholic social teaching, the cardinal said, has firm biblical, theological and anthropological foundations and can be “continually updated” to respond to new needs and situations.

When speaking about the economy, he said, the two most recent papal social encyclicals are key: Pope Benedict XVI’s 2009 “Caritas in Veritate” (“Charity in Truth”) and Pope Francis’ 2015 “Laudato Si’, On Care for Our Common Home.”

“Benedict spoke of an economy in which room must be made for the logic of gift, the principle of gratuitousness, which expresses not only solidarity, but even more deeply human fraternity,” the cardinal said. “Francis relaunched the theme of integral human development in the context of an ‘integral ecology,’ one that is environmental, economic, social, cultural, spiritual.”

“Today the pandemic is giving a tremendous shock to the entire economic and social system and its supposed certainties at all levels. The problems of unemployment are and will be dramatic; the problems of public health require the revolution of entire health and education systems; and the role of states and relations between nations are changing,” Cardinal Parolin said.

“The church feels called to accompany the complicated journey that lies before us all as a human family,” he said. “She must do so with humility and wisdom, but also with creativity.”

In other words, he said, “there are solid principles of reference, but today courageous creativity is more urgent than ever so that the dramatic crisis of the pandemic does not end in a terrible tragedy, but opens spaces for the human and ecological conversion that humanity needs.”

Italian readers may get more hints about what Pope Francis is thinking when the founder of Italy’s Slow Food movement presents a book based on three long conversations he has had with the pope about the meaning of “integral ecology.”

The book, “TerraFutura” (“FutureEarth”), is scheduled for an early September release and will recount the dialogues Carlo Petrini, a self-described agnostic, had with Pope Francis about caring for the Earth and for all the people who live on it, promoting justice for individuals and the preservation of nature. 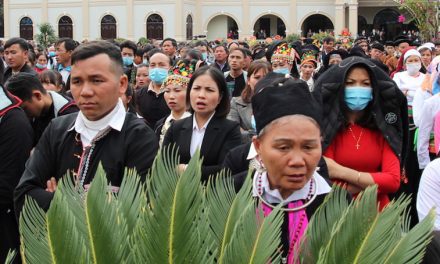 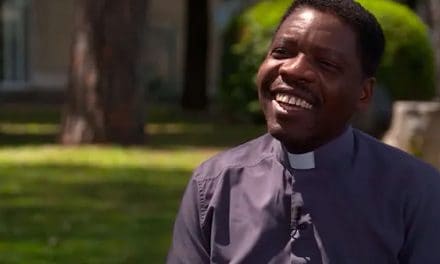 From Child Soldier to Catholic Priest: South Sudanese Cleric Who Lives to ‘Give Hope’ 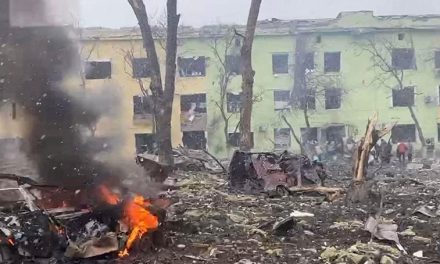 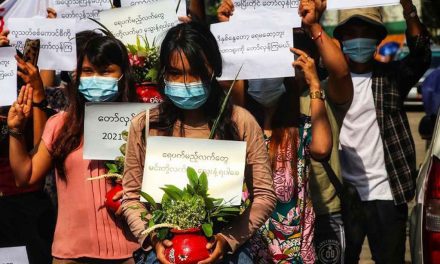