Vatican asks for more to be done to protect rights, dignity of refugees

Majority of refugees and families remain uncertain of their future, says archbishop

VATICAN CITY (CNS) — The international community must increase its efforts to help protect the lives of refugees, who are often exploited instead of being protected, a Vatican official said.

While some governments, with the help of faith-based organizations, have offered “durable solutions to refugees,” including resettlement programs, more needs to be done, Archbishop Ivan Jurkovic, Vatican observer to U.N. agencies in Geneva, said July 7 at a meeting sponsored by the U.N. High Commissioner for Refugees.

The meeting was called to discuss the UNHCR’s 2019 document, “Resettlement and Complementary Pathways,” which offered a three-year strategy to increase the number of resettlement countries, develop opportunities for refugees to be more self-reliant and promote welcoming and more-inclusive societies.

Archbishop Jurkovic noted “that the overwhelming majority of refugees and families remain uncertain of their future and are forced, at best, to survive without being able to fulfill their own daily needs or, at worst, are confined to detention centers, where they are deprived of access to education, health care, and decent work opportunities, and risk being subjected to the crimes of human trafficking and modern-day slavery.” 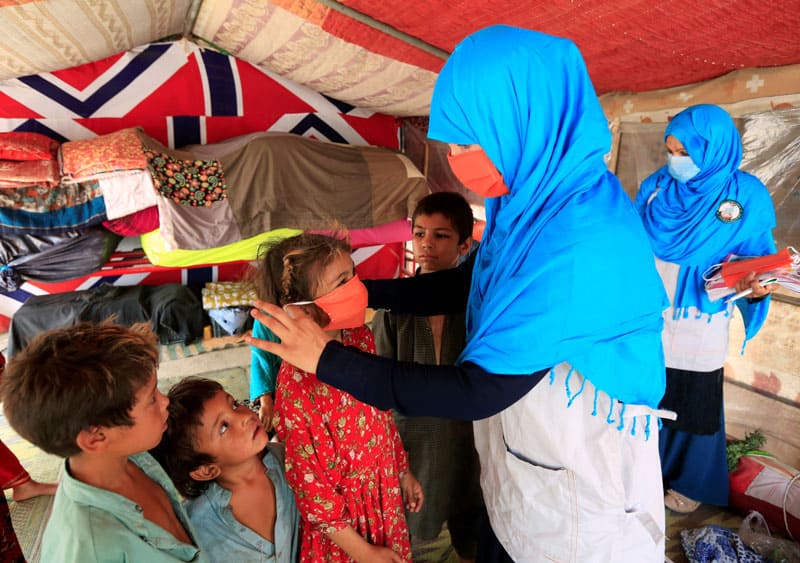 A UNICEF worker helps an internally displaced Afghan girl put on a protective mask at a makeshift camp in Jalalabad in late June during the COVID-19 pandemic. (CNS photo/Parwiz, Reuters)

In his address, Archbishop Jurkovic said the Vatican recognized the U.N. High Commissioner’s efforts to “increase third-country solutions for refugees.”

He also applauded emergency measures taken to evacuate refugees from Libya, where they were at great risk, to centers in Niger and in Rwanda.

Nevertheless, the progress made should not overlook the struggles many refugees continue to endure, Archbishop Jurkovic said. He said the Vatican was committed to discussing solutions to “mass migration and refugee movements, with the goal of preserving human lives and dignity, alleviating suffering and advancing an authentic and integral development.”

In a separate address at the meeting, the Slovenian archbishop commented on the UNHCR’s June 18 Global Trends Report, which stated that “forced displacement is now affecting more than 1% of humanity –1 in every 97 people—and with fewer and fewer of those who flee being able to return home.” 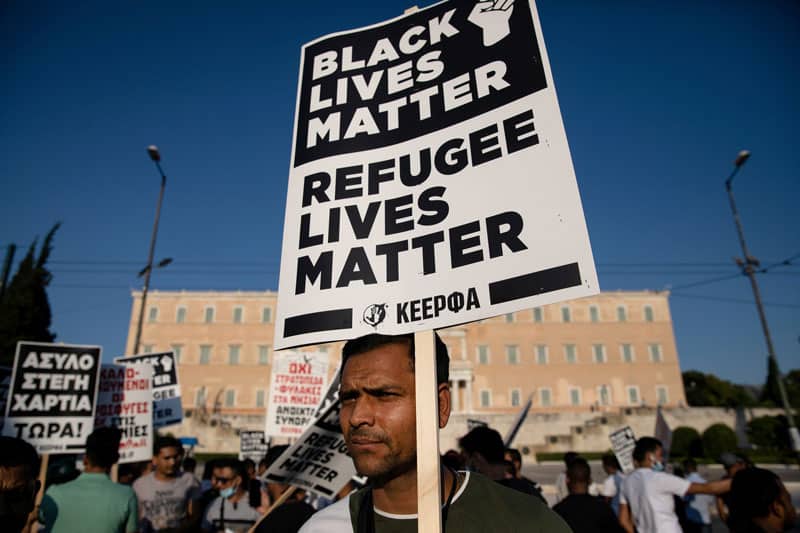 As of 2019, the report stated, an estimated 79.5 million men, women and children were displaced. It also stated that five countries–Syria, Venezuela, Afghanistan, South Sudan and Myanmar—account for two-thirds of those displaced.

“The appalling scale and nature of displacement today, as outlined in the latest Global Trends Report, is yet another alarming indicator of the violence, persecution and conflicts that bedevil our age. It is not just numbers and statistics: It is 80 million people with a name, a face, a dramatic personal story and aspirations,” Archbishop Jurkovic said. 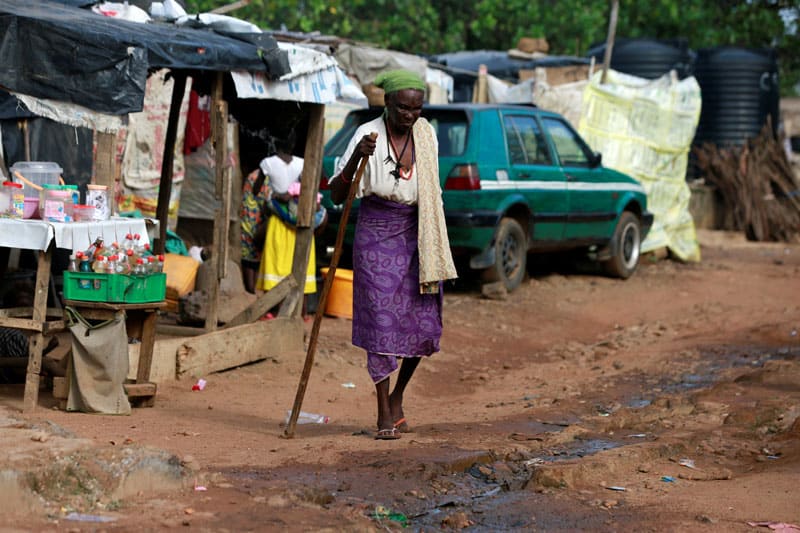 An internally displaced Nigerian woman walks with the aid of a stick in late June at a camp in Abuja. (CNS photo/Afolabi Sotunde, Reuters)

Recalling Pope Francis’ assertion that the coronavirus pandemic “has shed light on the need to ensure the necessary protection to refugees,” the archbishop warned that the pandemic has also challenged fundamental norms of refugee law, particularly the right to seek asylum and the guarantee that refugees facing torture or inhumane treatment will not be returned to their country.

“Refugees and displaced persons are not merely the objects of assistance. They are subjects of rights and duties as all human beings,” he said.

“In this regard, the Holy See wishes to reiterate its urgent appeal for political and multilateral efforts to confront the root causes of large movements and forced displacement of populations,” Archbishop Jurkovic said.

Featured image: An internally displaced Syrian girl poses in her tent at a camp near the Turkish border in late June. (CNS photo/Khalil Ashawi, Reuters)