Many things in life begin simply by someone noticing them.

I had been serving for a year at St. Vincent de Paul Church in the village of Shipai, near Taipei, Taiwan, in 2014, when I noticed something that excited me. Youth participation in the Spanish Mass for the international community— many of them scholarship recipients who were studying in the country— had increased.

Perhaps, I thought, we could start a youth group to foster friendship, a biblical culture and mutual support among the youth.

The following Sunday, I posted on the parish bulletin board a sheet of paper with three column headings: 1. Name. 2. E-mail. 3. What is your favorite Bible story? At the end of the Mass, I presented the idea of creating a youth group and asked anyone interested to sign the paper on the bulletin board. To my surprise, the paper filled up. I sent each respondent my vision of the group and asked for their comments and suggestions.

After a week or two, we had our first session in Daan Park, one of the largest parks in Taipei city. Four of us attended that first meeting, and over time, we grew in number. 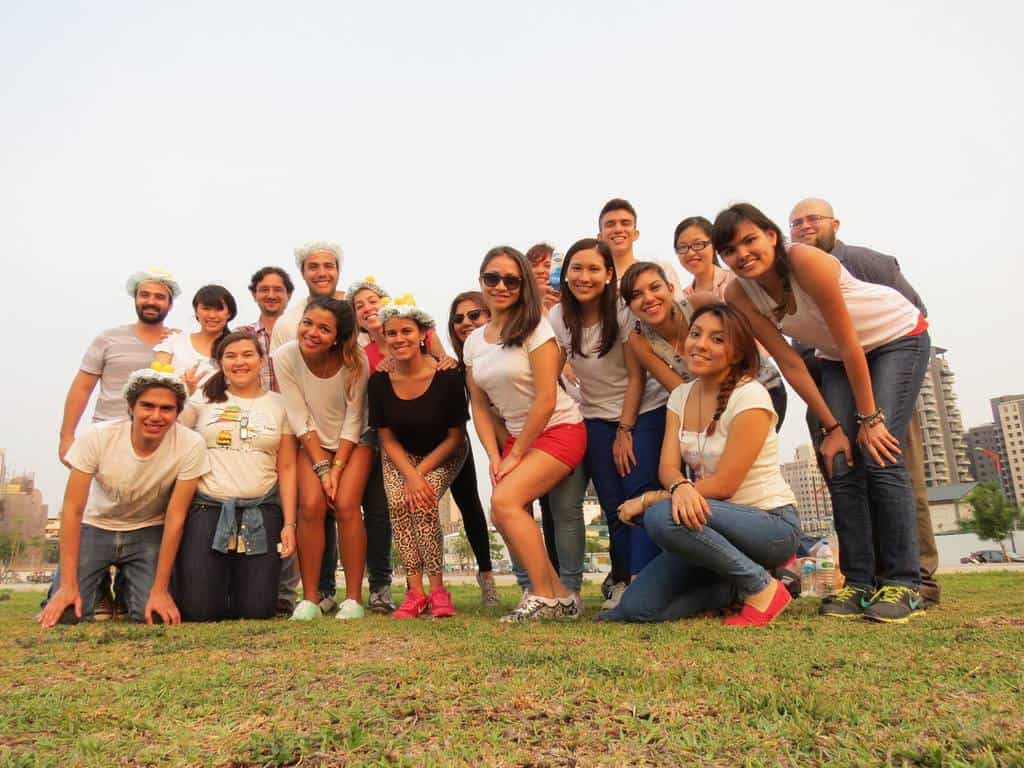 Maryknoll Father Rodrigo Ulloa, back, third from left, and the Fishers of Light at Daan Park in Taipei, Taiwan.

We opened a Facebook page to organize, communicate and save documents and photos as a reference for the future. Living on this island where fishing has been an important part of the economy and being dedicated to searching for the light of Christ in the Scriptures, the young people decided to name their group “Fishers of Light” (or Pescadores de Luz in Spanish).

The Maryknoll house in Taipei became the meeting place for our monthly Friday night gatherings. We would have dinner first and then begin our reflections on biblical passages. Sometimes our sharing was so deep that it stretched almost until midnight, the departure time of the last train. I remember the young men and women rushing to the subway station, so they didn’t miss their train to return to their homes in Taipei.

“Fishers of Light came about to me as a light in the midst of a great darkness in my life,” says Stephanie, a group member. “It was through the group that I found the love of Christ. I found a family where we shared sad moments and happy moments, but mainly we fed ourselves with the best and purest love, the love of Christ!”

For Alejandro, another young fisher of light, the group meant having a connection with the Catholic values that each student received in his or her country of origin. “It became a group of Latin warmth, in which we discussed our habitual problems,” he says. “Pescadores is and always will be a group of Latinos of different nationalities who agree on one main thing and that is the love for Christ and the Virgin Mary.”

“Little by little, Pescadores became our home away from home in Taiwan and it became a fundamental support in the growth of our Catholic faith,” says Gaby. 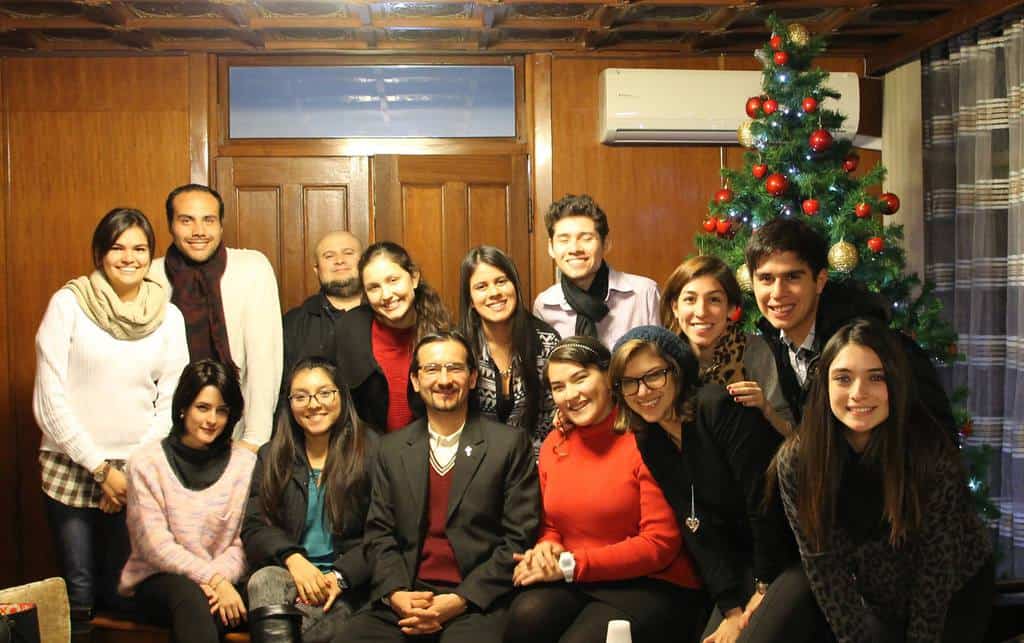 Maryknoll Father Rodrigo Ulloa, seated, and members of the Fishers of Light group at the Maryknoll house in Taipei, Taiwan. (Photos courtesy of Rodrigo Ulloa/Taiwan)

After I left Taiwan to begin another mission assignment in 2016, I thought the group’s light had gone out, but this pandemic time showed me that the light of these fishers will never fade.

Thanks to video conferencing technology, to Zoom and WhatsApp, the group met again this year. And the light is stronger than ever.

The Fishers of Light are now in their respective countries: Brazil, Taiwan, Paraguay, Guatemala, El Salvador, Nicaragua, Honduras and Panama.

“Fishers is … like a pampering to the heart, the greatest proof that God does exist and my north in this pandemic,” says Antonella.

“It is a meeting place that allows me to know and get closer to Jesus through prayer and the study of his word,” says Marcela. “It is a space where we come together to share our experiences and better understand how our lives are gradually transforming, with God’s grace, to walk and grow in our faith.” 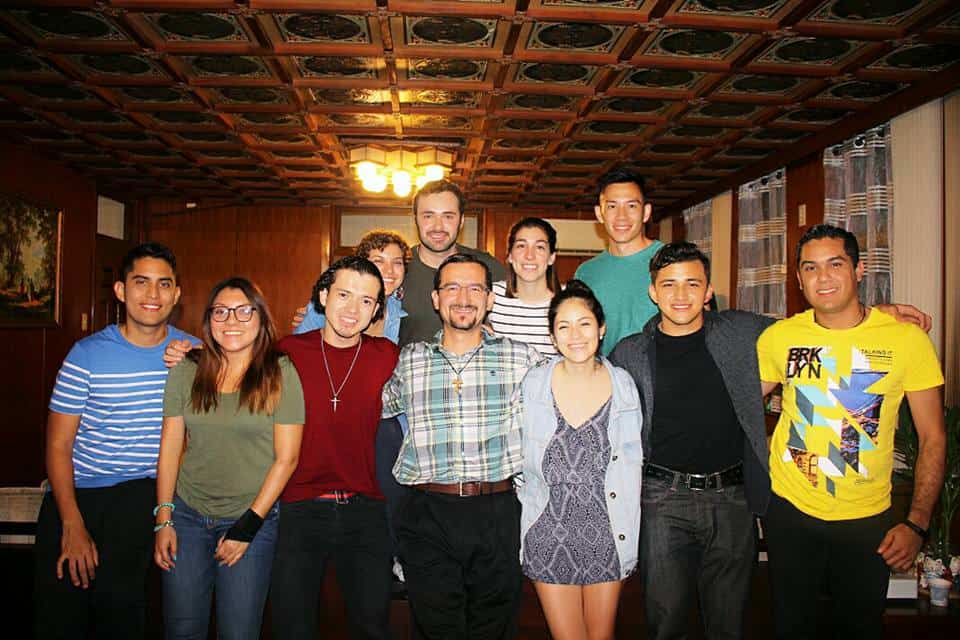 Maryknoll Father Rodrigo Ulloa, center front, and the Fishers of Light group at a meeting at the Maryknoll house in Taipei.

During this time of pandemic, I have been meeting with the Fishers of Light virtually twice a month and sometimes as many as three. We have seen Fishers of Light who have returned to our network becoming protagonists of this group that gives life and hope in the risen Jesus.

For me, one of the treasures of having formed this group is hearing the eloquence with which these young people take biblical passages and apply them to their own lives.

I thank God that I was given the grace to notice these young people in Taiwan and that they continue to fish and attract others to Jesus and channel their collective wisdom in ways that can only come from the light of the Holy Spirit.

Father Rodrigo Ulloa, who was ordained a Maryknoll priest in 2011, has served in Nepal and China. He currently works as Vocations Director for the Maryknoll Fathers and Brothers.